You are here: Home › philosophy › Ferdinand de Saussure and the Study of Language 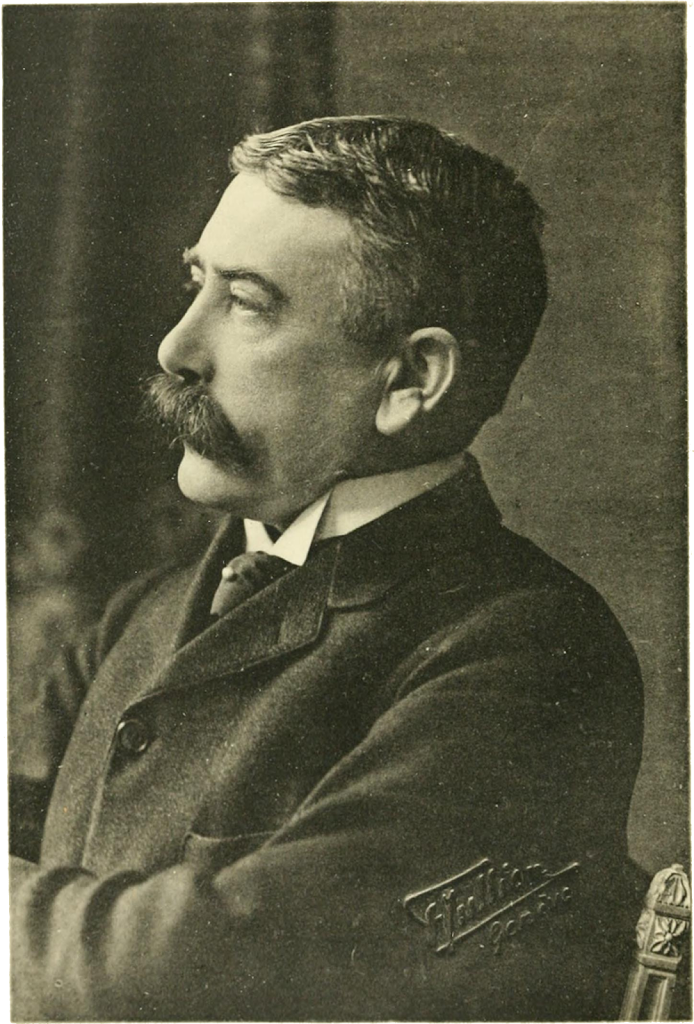 On November 26, 1857, Swiss linguist and semiotician Ferdinand de Saussure was born. His ideas laid the foundation for many significant developments both in linguistics and semiotics in the 20th century. Moreover, de Saussure is widely considered one of the fathers of 20th-century linguistics and together with Charles Sanders Peirceone of two major fathers of semiotics.[4]

Ferdinand Saussure and the Indo-European Studies

Saussure was the son of the scientist Henri de Saussure and of Louise Elisabeth de Pourtalès, grandson of Nicolas Théodore de Saussure and great-grandson of Horace Bénédict de Saussure.[5] From 1876 to 1880 he studied Indo-European Studies in Leipzig, 1878/1879 also one semester in Berlin with Heinrich Zimmer. Already in 1879, the young scientist published a dissertation on the “Primitive Vowel System in Indo-European Languages“. Due to his research on the field, he is next to August Schleicher and Franz Bobb considered as one of the founders of Indo-European Studies. He reconstructed the Proto-Indo-European (PIE) ablaut system, earning a great reputation. The ‘ablaut’ is the “ancient system of vowel alternations in the parent language, visible in surviving irregular alternations among cognates like Latin ped vs. Greek pod“[1]. His findings are important in Indo-European studies up to this day. In his Mémoire sur le système primitif des voyelles dans les langues indo-européennes (1879) Saussure reconstructed this Indo-European vocal system. He tried to show that in many cases the late Urindogermanic sounds *a, *ā, *o and *ō originated from a *e in combination with two – as Saussure called it – “sonantic coefficients” (coefficients sonantiques). He made no further statements about the phonetic properties of these postulated coefficients.

“Speech has both an individual and a social side, and we cannot conceive of one without the other.”
– Ferdinand de Saussure,  Cours de Linguistique Generale (1916)

De Saussure began teaching Sanskrit, Gothic, and Old High German in Paris but eventually, he was offered a position as a professor in Geneva and returned to his home town. Teaching there, his students enjoyed not only his classes but admired him as a scientist and authority. A few years later, de Saussure taught General Linguistics, which ended in 1911. Some of his students in Geneva collected and published de Saussure’s ideas and manuscripts. These students, Charles Bally and Albert Sechaye became well known linguistic researchers themselves and also published the book “Cours de Linguistique Generale” which contained many of de Saussure’s course contents. The book was a great success and was translated in several languages. The work is now considered as one of the most influential of the 20th century due to the innovative approaches de Saussure risked to take while discussing linguistic phenomena. Also, it was noticed, how consonant the scientist’s ideas were with those of Emile Durkheim or Claude Levi-Strauss and de Saussure contributed significantly to the new field of sociology in these years.[6,7]

Saussure is regarded as the founder of modern linguistics and linguistic structuralism. He distinguishes three aspects of the language, which he describes with three different expressions:

The term langage describes human language as a pre-theoretical field of phenomena, i.e. as it meets the speakers in their speaking activity. In contrast, langue is to be understood as a theoretical concept of language. The langue can thus be understood as a linguistic perspective from which the langage is viewed. Langue has a social and an individual dimension: in its social dimension (fait social), langue is an intersubjectively valid social institution, a socially generated conventional system of linguistic habits that has been suspended in the minds of the speakers. In its individual dimension, it is the mental “depôt”, or “magasin” (camp), of a subjectively internalized individual language. The concept of the parole also has a social and an individual side. It once means the concrete act of speech, i.e. the individual realization of the langue, the spatio-temporal realization of the system bound by the individual speaker (hic et nunc). At the same time, however, the slogan in its social dimension is the place of Genesis and the change of the langue.

Langue and parole thus stand in a relationship of mutual conditionality: on the one hand, there is nothing in the langue that has not previously entered it through the slogan. On the other hand, the parole is only possible because of the social product called langue.

Language does not represent thoughts. Rather, it creates them

“Time changes all things; there is no reason why language should escape this universal law.”
– Ferdinand de Saussure, Cours de Linguistique Generale (1916)

While in Cours de Linguistique Generale the term signe (‘sign’) is still used and the mental and phonetic sides of linguistic signs are distinguished as signifié (“signifié” = marked, sign content) and signifiant (“signifiant” = significant, designation, outer sign form), Saussure does not use these terms in later manuscripts. Here he coined the term Sème for the whole of the sign, the term Aposème for the phonetic shell of Sème, and the term Parasème for the mental aspect of the sign.

The term “Sème” always means the “whole of the sign, sign and meaning united in a kind of personality” and should eliminate the predominance of either the phonetic or the mental side. Also the terms Parasème and Aposème do not denote the parts of a Sème, but aspects of it. These aspects are not distinct units logically preceding the Sème, which are then assembled only during speaking. This means that not only already mentally existing meanings are connected with sounds that are also present. Language does not represent thoughts. Rather, it creates them: only in the act of speaking, of articulation, does the connection (synthesis) of a pre-linguistic and therefore chaotic and, as it were, traceless thinking with the sound substance take place. This process takes place in time, i.e. linearly: words are uttered one after the other.

The phonetic and mental aspect of the sign can thus only be distinguished in retrospect by its emergence, the synthesis of the sign. The whole of the sign produced there, the Sème, is a necessary condition of its two sides. Aposème and Parasème are not autonomous components of the Sème, but merely points of view from which it can be regarded by linguists. For Saussure, they are comparable to a sheet of paper: thinking is the front, sound the back. As little as the front can be cut without cutting the back, so little can the thought be separated from the sound.

From 1891 until his death he was Professor of Comparative Linguistics (Indo-European Studies) at the University of Geneva. Even though Ferdinand de Saussure’s theories were updated or extended through the years, he was one of the most important contributors to linguistics of the early 20th century and he taught many how to approach language on a fundamental level. Ferdinand de Saussure passed away on 22 February 1913.

At yovisto academic video search you can learn more about the semiotics movement through the work of its founding theorist, Ferdinand de Saussure in the lecture of Yale Prof Paul Fry on ‘Semiotics and Structuralism‘ from Introduction to Theory of Literature.