You are here: Home › chemistry › Felix Hoffmann and the Synthesis of Aspirin 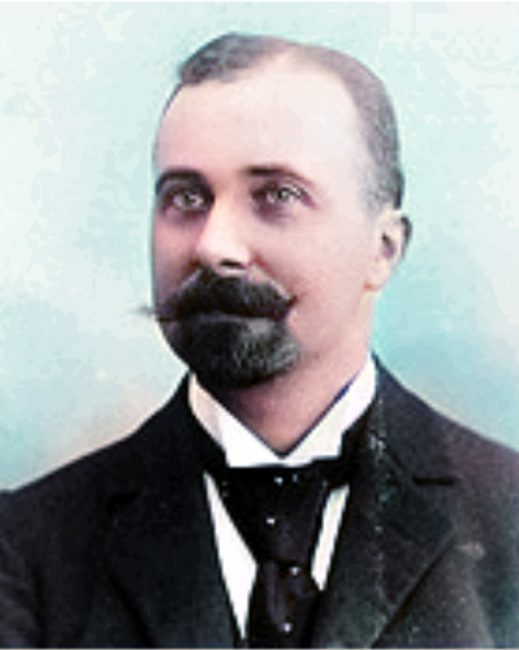 On August 10, 1897, German chemist Felix Hoffmann  synthesized acetylsalicylic acid (ASA) in a stable form usable for medical applications. In 1899 it was marketed for the first time under the trade name Aspirin. Acetylsalicylic acid, the active ingredient of aspirin, was first discovered from the bark of the willow tree in 1763 by Edward Stone of Wadham College, University of Oxford.

Felix Hoffmann was born on January 21, 1868, the son of a Ludwigsburg entrepreneur, and grew up in Swabia, Germany. He was employed in various pharmacies across the country and also studied chemistry and pharmacy at the University of Munich. After his school days, from 1882 onwards he aspired to a classical pharmacist’s education and worked in various pharmacies in the German Reich and Switzerland until 1889. In 1889 he began to study pharmacy at the Ludwig-Maximilians-University in Munich and graduated in 1890 with the pharmaceutical state examination. In 1890 he studied chemistry in Munich and was awarded his doctorate on 22 June 1893 under Eugen Bamberger with a thesis on some derivatives of dihydroanthracene and decahydroquinoline. During his subsequent work as an assistant, he was directly employed by Hans von Pechmann and Adolf von Baeyer at the “Farbenfabriken vorm. Friedr. Bayer & Co.” in Elberfeld.

A Brief Prehistory of  Acetylsalicylic Acid

Willow bark was used as a remedy for fever and pain of all kinds, at the latest in the early advanced civilizations. Hippocrates of Kos, Dioscurides and the Roman scholar Pliny the Elder [7] regarded willow bark as a medicine. By boiling willow tree bark, Germanic and Celtic tribes obtained extracts and used them for healing purposes, which contained substances related to the synthetic acetylsalicylic acid. In 1763, Edward Stone, a clergyman living in Oxford, reported to the Royal Society in London that these findings known from tradition were correct. In 1828, Johann Andreas Buchner succeeded in isolating salicin, a chemical relative of ASA that is converted to salicylic acid in the body, from the said willow bark extracts (willow, Salix sp.), as did the French pharmacist Pierre-Joseph Leroux.

From 1891 Bayer had established its own pharmaceutical and chemical department. Head of the Pharmacological Laboratory (with eight chemists and pharmacologists), which was founded in 1896, was Heinrich Dreser. Privately, Hoffmann continued to maintain a friendly relationship with his doctoral supervisor Bamberger in Zurich. In 1897, Hoffmann added the acetyl group to various molecules hoping one the one hand to decrease the toxicity and on the other to improving the strength of physiologically active substances while working at Bayer under Arthur Eichengrün. There is a legend which says that Hoffmann searched for a medicine against his father’s rheumatic pains. The pain releaving properties of willow bark were known for a long time and in 1859, Hermann Kolbe managed to synthesize it. In the 1870s, it was first sold, but its side effects (e.g. stomach pain) were often too much for the patients to handle. When Hoffmann acetylated salicylic acid to produce acetylsalicylic acid, Heinrich Dreser tested the substance on patients in a hospital in Halle, Germany. It was named Aspirin, ‘A’ for acetyl and ‘spirin’ from Spirea, the genus name for shrubs that are an alternative source of salicylic acid.

Unfortunately, the sources on the origins of Aspirin differ. Evidence has surfaced that Arthur Eichengrün played a more significant role as admitted by Bayer and it is possible that he was left out in the story (which has been told approximately since the 1930s) because Eichengrün was Jewish. Arthur Eichengrün claimed to be the inventor of aspririn after World War II and in later years, it was found that many of Eichengrün’s arguments were convincing. However, Bayer always denied this and asserted that the invention of aspirin was due to Hoffmann. When Bayer applied for a patent, it turned out that acetylsalicylic acid had been synthesized earlier, even though it was probably not as pure as Hoffmann’s. Walter Sneader of the Department of Pharmaceutical Sciences at the University of Strathclyde in Glasgow came to the conclusion in 1999 after a new investigation that Eichengrün was the inventor of aspirin [9], which Bayer denied in a press release.[10] However, it is considered certain that Eichengrün became head of the pharmaceutical department at Bayer AG after the approval of aspirin, while Hoffmann became head of the marketing department. 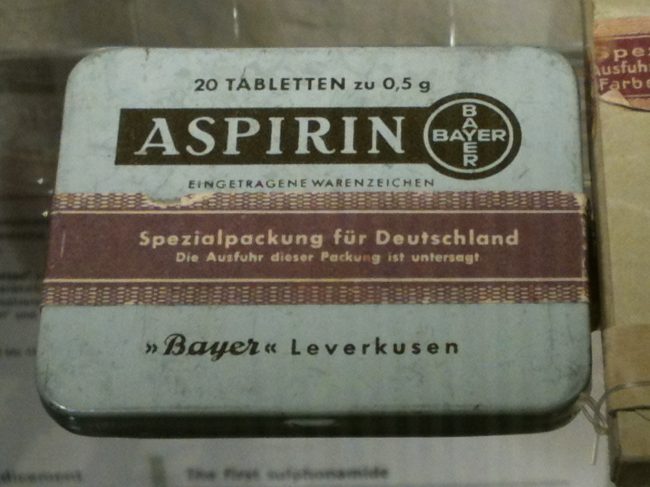 Not Codeine but Heroine

However, Felix Hoffmann not only succesfully synthesized acetylsalicylic acid in a stable form usable for medical applications and thus, creating one of the most widely beneficial drugs of all time. In a two-week period, Hoffmann also synthesized heroin, one of the most harmful drugs. He was asked by Dreser to acetylate morphine in order to produce codeine, but created heroin. The compound had already been discovered in 1874 and could not be patented. Before the high risk of addiction using heroin was discovered, the drug was sold by Bayer to cure coughs, to relieve pain in extreme situations like childbirth, and to control various mental disorders.

Following the synthesis of aspirin, Hoffmann moved to the pharmaceutical marketing department where he stayed until his retirement in 1928. He was granted full power of attorney over Aspirin. On February 8, 1946 Felix Hoffmann died retired and without descendants in Switzerland.