You are here: Home › chemistry › Emil Erlenmeyer and the Erlenmeyer Flask 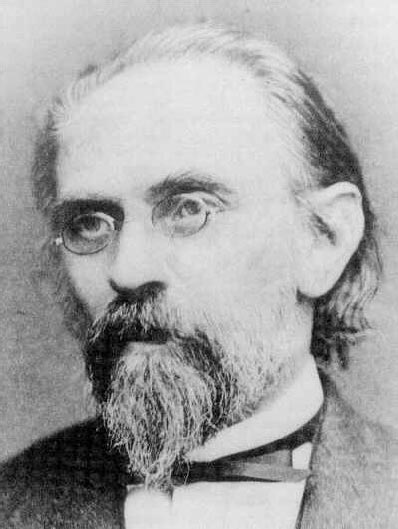 Richard August Carl Emil Erlenmeyer was born in Wehen, Duchy of Nassau (today Taunusstein, Hesse, near Wiesbaden), the son of a Protestant minister. He enrolled in the University of Giessen to study medicine, but after attending lectures of Justus von Liebig,[3] who made major contributions to agricultural and biological chemistry, and was considered the founder of organic chemistry, Erlenmeyer changed to chemistry. In the summer of 1846 he went to Heidelberg for one year, and studied physics, botany and mineralogy, returning to Giessen in 1847. After serving as assistant to H. Will and then to Carl Remigius Fresenius,[4] who was reknown for his studies in analytical chemistry, Erlenmeyer decided to devote himself to pharmaceutical chemistry. For this purposes he studied in Nassau, where he passed the state pharmaceutical examination, and shortly afterwards acquired an apothecary’s business, first at Katzenelnbogen and then in Wiesbaden. He became dissatisfied with pharmacy and returned to chemistry, finishing his doctorate at Giessen in 1850.

Working with Bunsen and Kekulé

In 1855 he moved to Heidelberg to work on fertilizers in the laboratory of Robert Bunsen,[5] who had developed several gas-analytical methods, was a pioneer in photochemistry, and did early work in the field of organoarsenic chemistry. Erlenmeyer wished to teach, but Bunsen’s associates were not allowed to take private students. Therefore, with his wife’s help, he converted a shed into a private laboratory. In 1857 he became privatdocent and his habilitation thesis “On the manufacture of the artificial manure known as superphosphate” contained a description of several crystalline substances which greatly interested Robert Bunsen. It was while at Heidelberg that Erlenmeyer was brought under the influence of August Kekulé,[6] one of the most prominent chemists in Europe, especially in theoretical chemistry, whose theoretical views he was one of the first to adopt. He was the first to suggest, in 1862, that double and triple bonds could form between carbon atoms, and he made other important contributions to the development of theories of molecular structure. 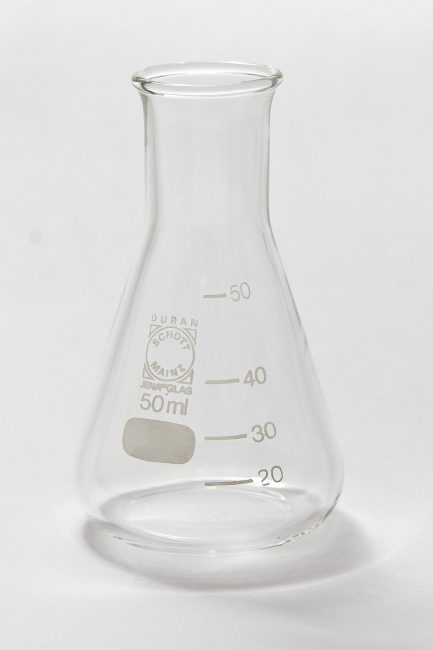 In 1863 Erlenmeyer became associate professor at the University of Heidelberg until 1868, when he succeeded to become full professor at the new Munich Polytechnic School, a post which he held until his retirement from teaching in 1883. His work mostly focused on theoretical chemistry, where he suggested the formula for naphthalene and in 1880 formulated the Erlenmeyer rule: alcohols in which the hydroxyl group is attached directly to a double-bonded carbon atom become aldehydes or ketones. This conversion occurs because the keto form is, in general, more stable than its enol tautomer. The keto form is therefore favored at equilibrium because it is the lower energy form.

Erlenmeyer contributed a lot to the spread of atomic theory. At an early age, he dealt extensively with the structure of chemical compounds and debated with his colleagues. Since he had worked as a part-time editor of the journal for chemistry, pharmacy and mathematics since 1859, he was able to put his theories up for discussion here at an early stage. In 1862, on the basis of his investigations, he was the first to discover that there were not only single bonds, but also multiple bonds. In this way he contributed significantly to the recognition and understanding of the structure of many compounds. In addition, in his publications he always used the current Coupersian spelling for structural formulas, thereby helping it to achieve a breakthrough.

In 1860 he published a description of the conical flask that bears his name. An Erlenmeyer flask, also known as a conical flask or titration flask, is a type of laboratory flask which features a flat bottom, a conical body, and a cylindrical neck. Erlenmeyer flasks have wide bases, with sides that taper upward to a short vertical neck. They may be graduated, and often spots of ground glass or enamel are used where they can be labeled with a pencil. It differs from the beaker in its tapered body and narrow neck. Erlenmeyers are also used other than chemistry laboratories, such as microbiology labs for the preparation of microbial cultures. Plastic Erlenmeyer flasks used in cell culture are pre-sterilized and feature closures and vented closures to enhance gas exchange during incubation and shaking. [2]