You are here: Home › engineering › Edwin Land – Father of the Polaroid Instant Camera

On February 21, 1947, American scientist and inventor Edwin Land introduced the very first instant camera together with an associated film. Land‘s new camera would allow people to produce a black and white photograph in about sixty seconds. The new film already contained the necessary chemicals to develop and fix the image directly on the photographic paper.

“We live in a world changing so rapidly that what we mean frequently by common sense is doing the thing that would have been right last year.”
— Edwin Land, Statement to Polaroid Corporation employees (25 June 1958)

Edwin Land studied chemistry at Harvard University but dropped out in his freshman year, leaving for New York City, where he invented the filters able to polarize light. Unfortunately, Land was not associated with an educational institution, wherefore he had to work with rather unprofessional equipment. Rumors now say that the inventor secretly sneaked into the labs of Columbia University to perform his tests there at night. 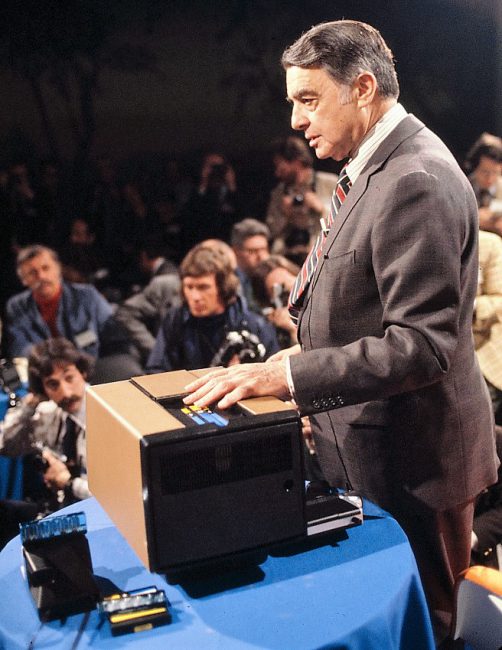 Finding out, that he could build a film with millions of tiny polarizing crystals in an accurate alignment instead of growing one large crystal of the polarizing substance, depicted a great milestone for Land and in 1932 the Land-Wheelwright Laboratories were established. Wheelwright, Land’s instructor at Harvard University, and Land himself were going to commercialize their ideas. Only a few years later, investors from the Wall Street put a great amount of money in the company that soon was renamed to Polaroid Corporation. Their inventions were first applied at sunglasses, televisions, and during World War II used for military purposes as well. However, the first Polaroid camera was demonstrated for the first time in 1947, back then called the Land camera leading to an instant success for the company and their workaholic founder Land. Still, the instant camera only depicted a side product of the company. For instance in the 1950’s they took part in designing the optics of the famous U.S. spy plane ‘Lockheed U-2‘. 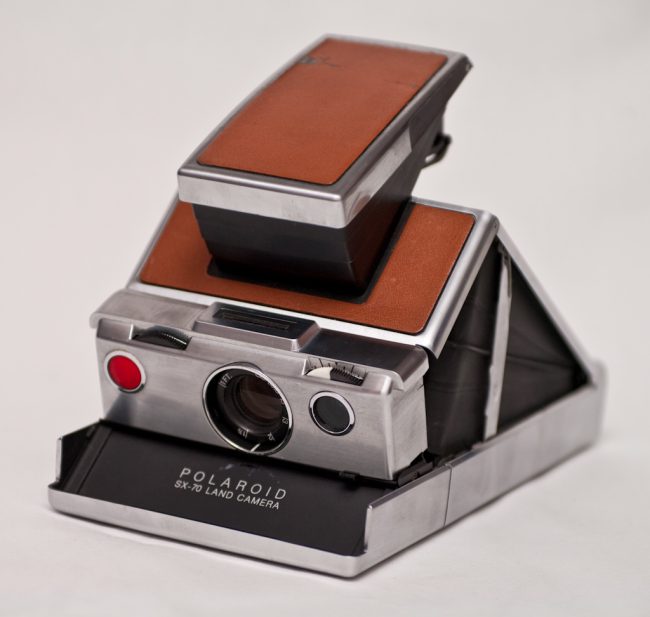 Another breakthrough to Land and his instant camera happened in the 1970’s when he released the famous SX-70 camera and film, the first edition to automatically eject and develop photos without further chemicals that needed to be applied. His demonstration was unique, he preferred dramatic showcases with live music, and professional art directed stage settings. This all reminds us of Steve Jobs and his dramatic presentations of the newest Apple products and indeed, Land was a great inspiration to Jobs [7]. Steve Jobs and Edwin Land had much in common, they both depicted icons of their era, ready to surprise folks with their new ideas and Polaroid’s instant camera had probably the same influence and influenced people’s social status as certain Apple products might do today.

But coming back to Land, a great scientist, inventor, a man of ideas and a man with ideals who not only made decisions in financially favors of the company, but also considered doing what he felt was right as a humanist. He was one of the leaders of the affirmative action movement, hiring and training women not only as secretaries, but as scientists engineers with responsibility. Unfortunately, the company’s investors often doubted his decisions and after the financial disaster of the ‘Polavision’ camera he resigned as chairman, founding a science institute himself.

Edwin Land passed away on March 1, 1991 in Cambridge Massachussetts.

Instant: A Cultural History of Polaroid by Christopher Bonanos, [9]