You are here: Home › space › The First American to walk in Space – Edward White 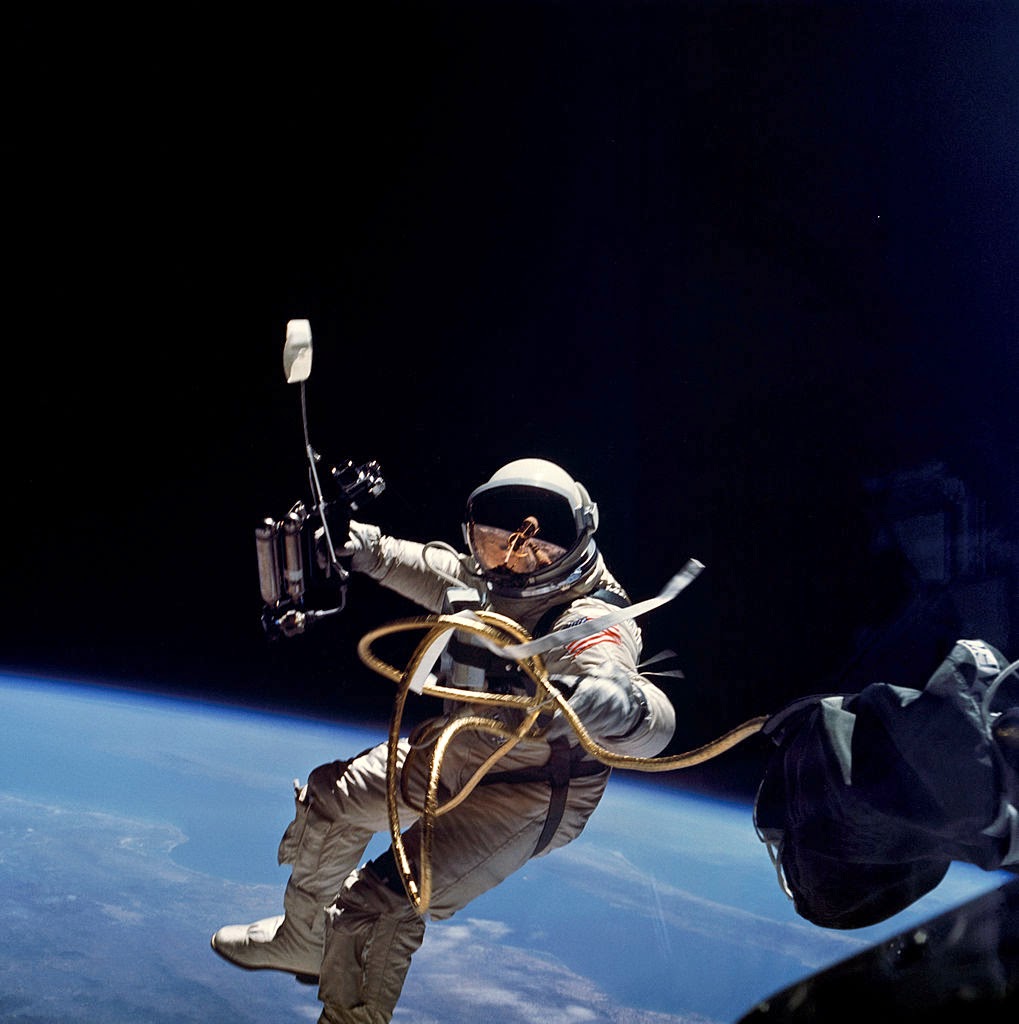 On June, 3, 1965, Edward Higgins White became the first American to “walk” in space in the course of the Gemini 4 space mission. White is one of the three U.S. astronauts, who died along with his fellow astronauts Virgil “Gus” Grissom and Roger B. Chaffee during prelaunch testing for the first manned Apollo mission at Cape Canaveral.

Edward White earned his Bachelor degree at the U.S. Military Academy and he was commissioned as a 2nd Lieutenant in the Air Force. After he had some experience in flight, he spent over three years in West Germany flying in the defense of NATO. White’s education in aeronautical engineering began in 1958 at the University of Michigan and he was appointed test pilot shortly after, gaining over 3000 flight hours with the Air Force.

Project Gemini 4 became the very first multi-day space flight by the United States. The main objective was to show that it was possible for humans to remain in space for extended lengths of time. However, the four day orbit flight could not break the five day record set by the Soviet Vostok 5 two years before. Another main goal of the operation was the first American extra-vehicular activity (EVA), also known as “space walk“. The first human space walk of all times was performed by Soviet Alexei Leonov on Voskhod 2 in March 1965. However, this second objective was not officially decided until a day or two before the launch, as newspapers recorded. The attempt of the first space rendezvous was the third goal. Gemini 4 would attempt to fly in formation with the spent second stage of its Titan II launch vehicle, which unfortunately, was unsuccessful.

Making the Launch a Media Event

For the first time, the launch of a spacecraft became a huge media event. An international audience from 12 European nations, could watch the lift-off on live television via the Early Bird satellite. Press interest, due to the satellite broadcast and the new center in Houston, proved to be so high that NASA had to lease buildings to accommodate the 1.100 print and broadcast journalists who requested accreditation.

Tied to a Tether Floating in Space

Edward White was chosen as Pilot of Gemini 4 along with Command Pilot James McDevitt. On June 3, 1965, White was finally able to make his first “steps” into space. Tied to a tether, White floated out of the spacecraft, using a hand held maneuvering unit. He floated away about five meters before experimenting with the maneuvering device while McDevitt took pictures. However, mission control feared that the pilots would cross the solar terminator and communication turned out to be increasingly difficult. As they did not want the space walk to be performed in the darkness, they decided that White had to go back in the spaceship. First, White did not want to return to the spaceship, because he enjoyed his experience so much. He tried to excuse his longer space walk with taking more pictures and McDevitt finally managed to coax him in. White replied:

“I’m coming back in… and it’s the saddest moment of my life“.

Eventually, the pilot returned to the ship and just at this moment, they entered darkness. 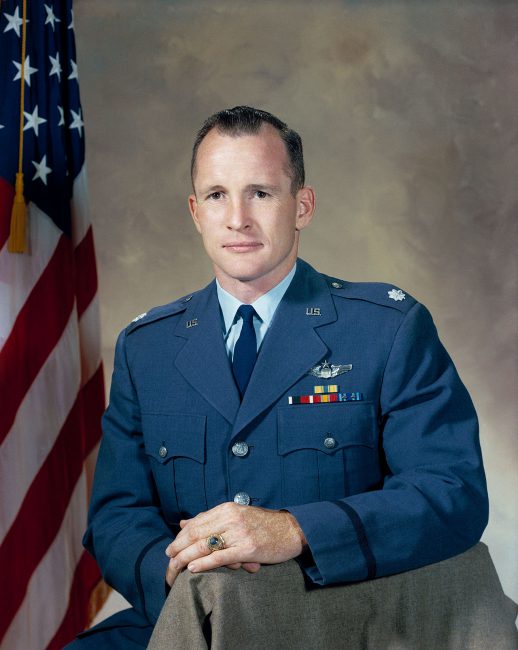 Even though the re-entry and landing was rough, the pilots returned to Earth safely and were recovered by an American ship as they landed in the ocean. After the Gemini mission, Edward White was named the astronaut specialist for the flight control systems of the Apollo Command/Service Module. In 1966, he was selected as Senior Pilot for the first manned Apollo flight. The mission was then named Apollo 1. During a test of the spacecraft, which included a rehearsal of the launch countdown procedure, a fire broke out in the pure oxygen-filled cabin, killing all three pilots.[6]