You are here: Home › literature › Giacomo Casanova and his Underestimated Literary Legacy 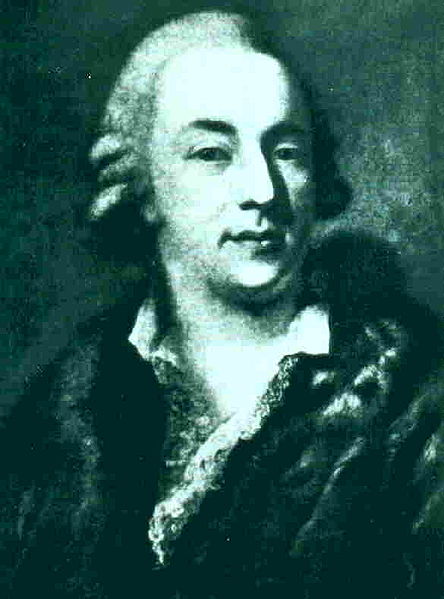 On June 4, 1798, Italian adventurer and author Giacomo Girolamo Casanova passed away. Although being famous or almost notorious because of his frequent and elaborate love affairs, he also is considered to be a brilliant author. His autobiography ‘Histoire de ma vie‘ (The Story of my Life), is regarded as one of the most authentic sources of the customs and norms of European social life during the 18th century. Being associated with European royalty, popes and cardinals, he also met contemporary famous people such as Voltaire, Goethe and Mozart. He wrote the story of his life during his last years that he spent in Bohemia as a librarian in Count Waldstein’s household.

I saw that everything famous and beautiful in the world, if we judge by the descriptions and drawings of writers and artists, always loses when we go to see it and examine it closely.
— Giacomo Casanova, from ‘The Story of my Life’

Giacomo Casanova – The Story of my Life

Most probably, you know Giacomo Casanova because of his numerous love affairs. And why do you know about his love affairs? Simply, because he has written a voluminous autobiography. Moreover, it was of sufficient literary quality to be still well known today. Giacomo Casanova was born in Venice in 1725 as the first of six children to actress Zanetta Farussi, wife of actor and dancer Gaetano Giuseppe Casanova. Venice by that time might be considered the European capital of pleasure, nevertheless ruled by political and religious conservatives. Early on, Casanova demonstrated a quick wit, an intense appetite for knowledge. He entered the University of Padua at age twelve and graduated at seventeen, in 1742, with a degree in law. Besides, Casanova had also studied moral philosophy, chemistry, and mathematics, and was keenly interested in medicine. At university, Casanova began to gamble and quickly got into debt, causing his recall to Venice, but the gambling habit became firmly established.

Back in Venice, Casanova started his clerical law career and was admitted as an abbé. He quickly ingratiated himself with a patron, Venetian senator Alvise Gasparo Malipiero, who moved in the best circles and taught young Casanova a great deal about good food and wine, and how to behave in society. But, when Casanova was caught dallying with Malipiero’s intended object of seduction, actress Teresa Imer, he was thrown out the Senator’s house. Casanova went to Rome and met Pope Benedict XIV, who learned to value him because of his conviviality. However, a love affair forced Casanova to leave Rome again. Next, Casanova bought a commission to become a military officer for the Republic of Venice. But, he found the possibility of advancement too slow and his duties too boring, and soon abandoned his military career to return to Venice again. Further on, Casanova supported himself by conning the local nobility with a mixture of magic tricks, fake alchemy and vague occult mysticism. Even so, blasphemous statements and amorous adventures with two nuns resulted in a sentence of five years’ imprisonment in 1755.

The Legendary Escape from the Venetian Lead Chambers

He was placed in solitary confinement with clothing, a pallet bed, table and armchair in “the worst of all the cells“, where he suffered greatly from the darkness, summer heat and “millions of fleas.” Fifteen months later came Casanova’s legendary escape from the lead chambers in Venice through the roof of the Doge’s Palace. Skeptics contend that Casanova’s almost incredible tale of escape is implausible, and that he simply bribed his way to freedom. However, some physical evidence does exist in the state records, including repairs to the cell ceilings. In 1787, Casanova wrote Story of My Flight, which was very popular and was reprinted in many languages, and he repeated the tale a little later in his memoirs. From now on, forced into exile, Casanova led an even more nomadic, varied life that would give him material for his stories.

“I saw that everything famous and beautiful in the world, if we judge by the descriptions and drawings of writers and artists, always loses when we go to see it and examine it closely.”
— Giacomo Casanova, History of My Life (trans. Trask 1967), 1997 reprint, vol. 11, chap. 4, p. 112

After he was permitted to return to his hometown Venice in 1772, he found employment first as a theater director and a Venetian secret agent. However, tensions with the censorship board caused his final and now permanent departure from his hometown. In 1785, Casanova finally settled down as librarian for the Bohemian Count Waldstein. There, in the seclusion of the library of the Castle of Dux, Casanova was able to devote himself above all to writing down the story of his eventful life, beginning in 1790. His memoirs became classic literature. “I have loved women to a frenzy“, he wrote, and indeed he did. By own account, Casanova made love to 132 women during his life, a large number, at least by the preinflationary standards of the day. Giacomo Girolamo Casanova died in Duchcov on June 4, 1798.