You are here: Home › art › Paul Gauguin’s Way Back to Primitivism 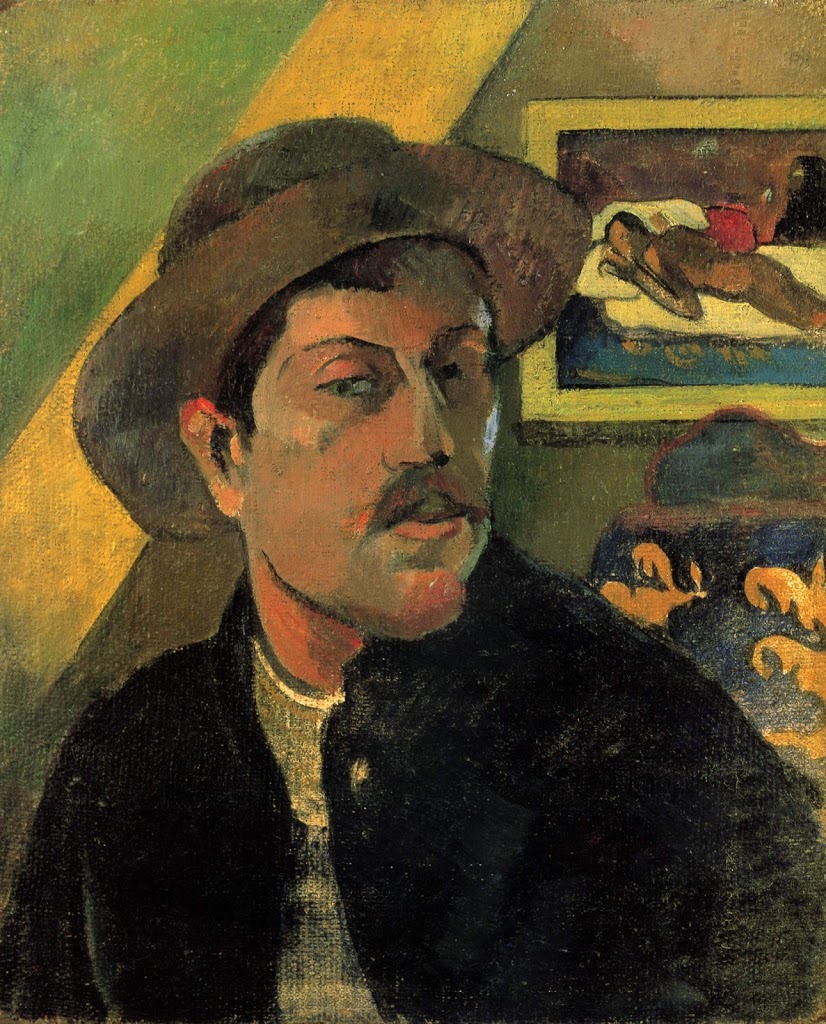 On June 7, 1848, French painter Paul Gauguin was born. He is considered a leading French Post-Impressionist artist who was not well appreciated until after his death. Then he was finally recognized for his experimental use of colors and synthetist style that were distinguishably different from Impressionism. Actually, Paul Gauguin has raised much controversy. Some consider him a syphilitic paedophile and others think of him as an artist more important than Vincent Van Gogh [1]. Somehow, he was both, and therefore his appreciation is divided. Nevertheless, Gauguin stands today as one of the giants of Post-Impressionism and a pioneer of Modernism.

Gauguin was born in 1848 in Paris, France, to journalist Clovis Gauguin and Alina Maria Chazal. 1850, the family decided to emigrate from Paris to Peru. But, his father died during the passage, leaving eighteen-month-old Paul, his mother, and sister, to fend for themselves. At the age seven, Gauguin and his family returned to France, moving to Orléans to live with his grandfather. After leaving school, Gauguin spent some years in the French navy. Thus, when his mother died, he was somewhere on trip in the Caribbean when he found out. In 1871, Gauguin returned to France and with the help of his mother’s very rich boyfriend, Gustave Arosa, he attained a job at the Paris Bourse, becoming a successful business man, while he began painting in his free time.

In 1873, he married a Danish woman, Mette-Sophie Gad, but their marriage should last only for 10 years. In 1882, Gauguin lost his job as a result of a stock market crash and took this as an opportunity to completely give up his banking career. Against the resistance of his wife, he decided from then on only to paint and thus to make a living for the family. Gauguin had reckoned that his painting would quickly become established. However, it was only in the last years of his life that he was able to earn a modest living. His whimsicality and bellicosity did nothing to make his progress easier. From now on his whole further life was marked by everlasting money worries. 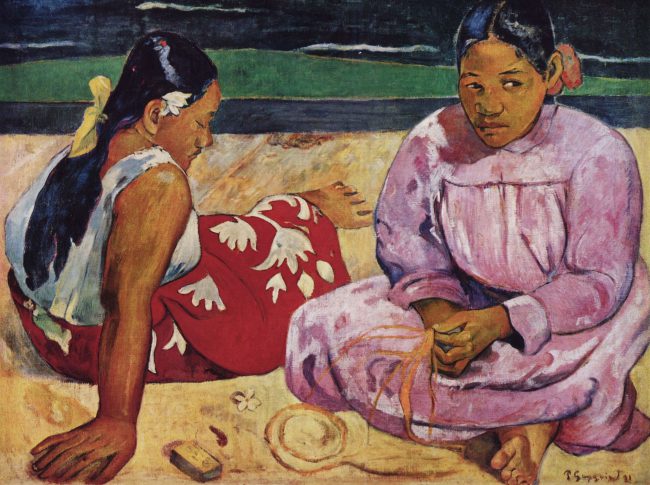 After dumping his wife and five kids in 1884, Gauguin, who had decided to become a full-time painter after the stock market crashed, embarked for Martinique, Brittany, Arles, and finally the South Pacific islands of Tahiti and Hiva Oa. There, in French Polynesia, he hoped to escape European civilization and “everything that is artificial and conventional“. This is, why feminists all over the globe have justifiable given him a good hammering down the years. He took three native brides – aged 13, 14 and 14 – infecting them and countless other local girls with syphilis. But only there, in his local little paradise, he was able to create his pure, “primitive” art.

In 1888, after his journey to the Caribbean, Gauguin began to develop a new, independent painting style. The discussions with the artist friends in Pont-Aven and with Vincent van Gogh‘s works gave him important impulses. This process was completed at the beginning of 1891. Gauguin had now found his own visual language, which he kept, varied in many ways, until the end of his life.

After he returned again to Paris in 1893, he began creating a book accompanied by woodcuts, entitled Noa Noa (Fragrant), to explain and to put in context the bizarre paintings he had made in Tahiti. In 1895, Gauguin decided to return to Tahiti permanently. Plagued by illness (his health was ruined by alcohol and syphilis), depression and financial worries, in 1898 he even attempted suicide, Gauguin still painted numerous masterpieces. In 1900, after a contract with Vollard, a Parisian dealer, his financial position improved, but his health was irreparably ruined. In 1903, Gauguin was sentenced to three-months in prison and fined 1,000 francs because of problems with the church and the colonial administration. Before he could begin his sentence he died, on May 8, 1903, at his home in Atuana.

Soon after Gauguin’s death, collectors began to take an interest in his work – at first occasionally. This was not least due to the “myth Gauguin”, which he himself, his art dealer and friends had built up in previous years. Gauguin’s art has all the appearance of a flight from civilisation, of a search for new ways of life, more primitive, more authentic and more sincere. And his private way of living supported this total break with the solid middle-class world, abandoning family, children and job. In the Southsea, he discovered primitive art with its flat forms and the violent colors that belong to this untamed nature. The vogue for Gauguin’s artwork started soon after his death. Many of his later paintings were acquired by the Russian collector Sergei Shchukin, whose collection is displayed in the Pushkin Museum and the Hermitage.

A large number of contemporary and subsequent painters drew impulses for their own work from Gauguin’s work. By turning away from imitating visible reality, he pointed out a path that ultimately led to abstraction, which is why, together with Vincent van Gogh and Paul Cézanne,[5] he is sometimes described as one of the ‘fathers of modernity’.