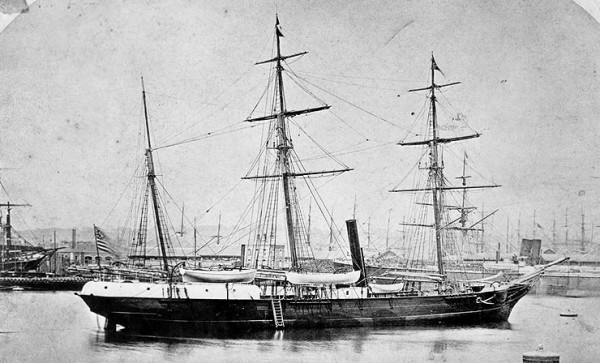 On August 22, 1844, United States Navy officer and explorer George Washington De Long was born. De Long led the ill-fated Jeannette Expedition in search of the Open Polar Sea. The expedition tried to reach the North Pole by pioneering a route from the Pacific Ocean through the Bering Strait. The premise was that a temperate current, the Kuro Siwo, flowed northwards into the strait, providing a gateway to an Open Polar Sea and thus to the pole.

Rescue for the Polaris Expedition

In 1873, the U.S. Navy dispatched USS Juniata to Greenland, to search for survivors from the Polaris expedition which had disintegrated after the death of its leader, Charles Francis Hall. Juniata’s second-in-command was George De Long, a 28-year-old graduate of the United States Naval Academy, making his first visit to the Arctic. Unfortunately, due to the ice conditions, the expedition was prevented from traveling beyond Upernavik. De Long then took the ship’s tender, a small steamer named the Little Juniata further north, hoping to find survivors. Little Juniata was forced to retreat as well and returned to Juniata in August. Despite the mission’s failure, it brought De Long to public notice. De Long was recommended to James Gordon Bennett Jr., owner and publisher of the New York Herald and a known sponsor of bold schemes to finance De Long’s next Arctic expedition. After a meeting in 1874, Bennett was impressed by De Long, and assured him that his Arctic ambitions would have the enthusiastic support of the Herald. 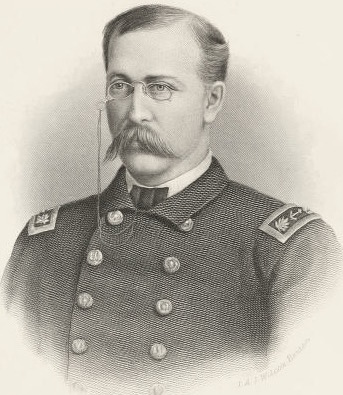 Preparations for the next Arctic Expedition

De Long went to England to buy a vessel and found Young’s Pandora. The ship was later renamed Jeannette and was transferred to San Francisco, the port from which the Arctic expedition was to sail. Second-in-command became Lieutenant Charles Chipp and George Melville was appointed as ship’s engineer. Further members of the crew were William Nindemann, a Polaris survivor, and the ice pilot William Dunbar, who had many years’ experience in whalers.

On July 8, 1879 Jeannette departed from San Francisco, witnessed by large crowds and the Army providing an eleven-gun salute. On August 12, Jeannette reached St. Michael, a small port on the Alaskan mainland, and waited for the Francis Hyde to arrive with extra provisions and coal. There, George De Long also hired two Inuit dog drivers, and took on board a number of sled dogs. Jeannette then set out for the Chukchi Peninsula on the Siberian coast, further, the expedition made their way through the Bering Strait towards Cape Dezhnev. On August 31 Jeannette left, in the assumed direction of Wrangel’s Land, where De Long hoped to establish his winter quarters. Until early September Jeannette made good speed, however, with the ice thickening all around, movement became slow and erratic. De Long raised steam and repeatedly charged the pack, seeking to batter a way forward. The thick plume of smoke from Jeannette’s stack, observed by whalers, was the final sighting of Jeannette by the outside world.

Trapped for the Winter

On September 5, the crew believed to have sighted Wrangel’s Land. However, the ice conditions now made it impossible to move closer to this tantalizing shore, and De Long made Herald Island his new objective, which was still about 15 nautical miles (28 km; 17 mi) away. A sled party under Chipp set off across the ice, to investigate the possibility of a winter harbor should the ship regain maneuverability. Chipp’s party was unable to get closer to the island than 6 nautical miles (11 km), before the ice conditions forced their return to the ship. Unfortunately, as the following weeks brought no increase in temperature, George De Long accepted that Jeannette was trapped for the winter.

Against the Pressing Ice

As the time went by, the ship drifted to the northwest, and De Long realized that the apparent “Wrangel’s Land” was just a small island. During the first weeks, the crew was able to hunt and eat well. However, as the winter season came closer De Long ordered the Edison arc lighting system erected, but the generating mechanism failed completely. On January 19, 1880, Jeannette’s hull was breached by the ice, and she began to take in water rapidly, only saved by the actions of Nindemann and Sweetman, who went into the freezing water to stuff whatever materials were available into the breaches. Further, elements of the discarded Edison apparatus helped to build a mechanical pumping system, and the problem was largely resolved by the construction of a new watertight bulkhead.

No Chance of Relief

When the summer came, it briefly seemed possible that Jeannette might break free and find open water, unfortunately, this proved a false hope. On the last day of 1880 De Long wrote in his journal: “I begin the new year by turning over a new leaf, and I hope to God we are turning over a new leaf in our book of luck“. It is believed that after 16 months, Jeannette was still only 220 nautical miles (410 km; 250 mi) from the point where she had been trapped. The revenue cutter Thomas L. Corwin was in Alaskan waters, began seeking news of De Long’s expedition without any luck. Another relief vessel, USS Rodgers left San Francisco in June 1881, but was destroyed by fire in Saint Lawrence Bay in November.

The onset of the brief Arctic summer brought fresh hopes that Jeannette would at last be released from the ice, and indeed, on June 11 she was briefly free, afloat in a small pool. However, the next day the ice returned with renewed force, which battered the ship and finally penetrated the hull beyond repair. George De Long then began evacuating the men along the dogs, equipment, and provisions. Jeannette sank on June 12, 1881 around 300 nautical miles (560 km; 350 mi) from the Siberian coast.

On the Siberian Islands

It was probably De Long’s goal to march with dogs and sleds to the New Siberian Islands. By June 25, after a week’s hard traveling on the ice, the northward drift erased  their progress and they were further from land then they had been when they set out. In July, the party came to an uncharted island which they first believed to be the New Siberian Islands. In the meantime, the rescue mission was aborted. The crew left the island on August 6 by boat. On August 20 the most easterly of the New Siberian Islands, Novaya Sibir, was in sight. De Long steered the boats through the channel between Novaya Sibir and Faddeyesvsky Island, before skirting the southern coast of Kotelny Island and beginning the final stage of the journey, across the open sea to the Lena Delta and they rested on Semyonovsky Island, less than 100 nm from the Siberian coast.

The boats left the island on September 12. De Long was with 13 men on a large cutter, Chipp took 7 men on his small cutter, and Melville sailed the whaleboat with 10 men. The boats got separated due to bad weather conditions and De Long and his crew waded ashore, carrying their provisions from the boat, and prepared for a long foot journey. The whaleboat finally reached land at one of the main mouths of the Lena, and were able to navigate upriver, encountering a fishing camp. Unfortunately, Chipp’s cutter was never able to reach land. The De Long party kept marching in search of human habitation and found hunting huts were they were supposed to rest for 7 days. Even though they found an even larger hut with edible food inside, the crew members could not find other people. As one crew member had already died and two others were in critical conditions, Nindemann and Noros as the fittest of the group, were sent out to seek help. The rest of the crew made slow progress and further members lost their lives each day they carried on. The last entry in De Long’s diary dates back to October 30.

At Bulun, Melville found Nindemann and Noros in early November and heard of De Long and his crew members’ urgent need to be rescued. From Bulun, Melville sent messages to Washington and the Herald, advising them of Jeannette’s loss and listing the survivors and missing parties. In January 1882, while most of the survivors began their long journey home, Melville, Nindemann and James Bartlett prepared to head a new search in the delta when weather allowed. On March 23 they found the remains of a camp. The team found further artifacts, a frozen human arm protruding from the snow, and finally De Long’s journal. From this they learned the story of the party’s final days. Almost all bodies were recovered and brought to a hill, to rest in a coffin. Melville’s group left the site on April 7, 1882, then spent a further month in the delta, searching without success for signs of Chipp and his crew.