You are here: Home › geology › Clair Cameron Patterson and the exact Age of the Earth 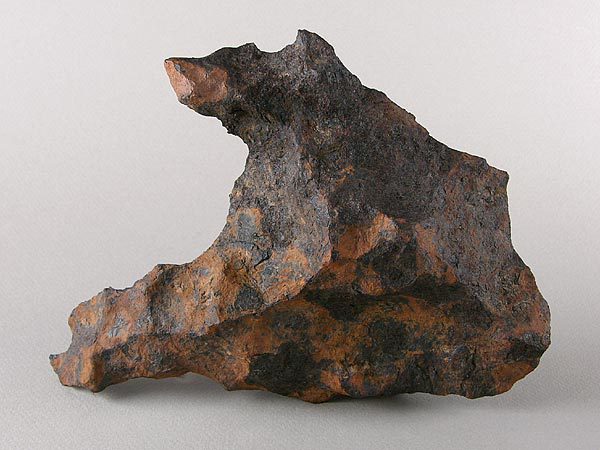 On June 2, 1922, American geochemist Clair Cameron Patterson was born. Patterson developed the uranium–lead dating method into lead–lead dating and, by using lead isotopic data from the Canyon Diablo meteorite, he calculated an age for the Earth of 4.55 billion years; a figure far more accurate than those that existed at the time and one that has remained largely unchanged since 1956.

Clair Patterson was born in Mitchellville, Iowa, near Des Moines. He graduated from Grinnell College with a bachelor degree in chemistry in 1943. There, he met his future wife, Lorna McCleary. For graduate school, they both attended the University of Iowa, where he was awarded an M.A. in molecular spectroscopy. Both were then sent to work on the Manhattan Project, first at the University of Chicago and then at Oak Ridge, Tennessee, where he encountered mass spectrometry.

After World War II, the Pattersons returned to Chicago, where his wife Lorna took a research job as an infrared spectroscopist to support Patterson while he worked for his Ph.D. at the University of Chicago under Harrison Brown, and graduated in 1951. After a postdoctoral year at Chicago, Patterson moved with Brown to the Division of Geology at the California Institute of Technology in 1952, as founding members of its geochemistry program. He became a full professor in 1989 and reached emeritus status in 1992. Patterson remained at Caltech for the rest of his life.

By the time when Patterson returned to the University of Chicago after the war to work under his research adviser Harrison Brown, he was first working on geological aging on zircons, which are extremely useful for dating since, when they are formed, they possess tiny imperfections of uranium inside them but no lead. Therefore, if any lead is present in the zircon, it must come from the decay of uranium, a process known as U-Pb dating. The goal for Patterson was to figure out the composition of the primordial lead in the Earth. In doing so, it would be possible to figure out the age of the solar system and, in turn, the Earth from using the same techniques on meteorites. During this period he operated under the assumption that meteorites are left over materials from the creation of the Solar System, and thus by measuring the age of one of these rocks the age of the Earth would be revealed.[2]

Patterson quickly became aware that his lead samples were being contaminated. After six years together with his colleague George Tilton he did publish a paper on methods of determining the ages of zircon crystals and Patterson did achieve his Ph.D., but they did not succeed to determine the age of the Earth.

With a grant from the United States Atomic Energy Commission Brown was able to continue work on dating the Earth as well as to commission a new mass spectrometer at Caltech. In 1953, Patterson joined Brown at Caltech, where he was able to build his own lab from scratch. In it he secured all points of entry for air and other contaminants. Patterson also acid cleaned all apparatuses and even distilled all of his chemicals shipped to him. In essence, he created one of the first clean rooms ever, in order to prevent lead contamination of his data. He then was able to finish his work with the Canyon Diablo meteorite and collected data of the contained lead isotopes, which in 1956 resulted in “Age of Meteorites and the Earth”, the first paper containing the true age of the solar system’s accretion, which was 4,550 million years (give or take 70 million years). At the time of this writing, this number still stands.

In 1862, the physicist William Thomson, 1st Baron Kelvin published calculations that fixed the age of Earth at between 20 million and 400 million years.[3] He assumed that Earth had formed as a completely molten object, and determined the amount of time it would take for the near-surface to cool to its present temperature. His calculations did not account for heat produced via radioactive decay (a process then unknown to science) or, more significantly, convection inside the Earth, which allows more heat to escape from the interior to warm rocks near the surface.

Patterson’s ability to isolate microgram quantities of lead from ordinary rocks and to determine their isotope composition led him to examining the lead in ocean sediment samples from the Atlantic and the Pacific. Deriving from the different ages at which the landmasses had drained into the ocean, he was able to show that the amount of anthropogenic lead presently dispersed into the environment was about 80 times the amount being deposited in the ocean sediments previously.

Patterson determined, through ice-core samples from Greenland taken in 1964 and from Antarctica in 1965, that atmospheric lead levels had begun to increase steadily and dangerously soon after tetraethyl lead began to see widespread use in fuel, when it was discovered to reduce engine knock in internal combustion engines. Because of the significant public-health implications of his findings, he devoted the rest of his life to removing as much introduced lead from the environment as possible. Beginning in 1965, with the publication of Contaminated and Natural Lead Environments of Man, Patterson tried to draw public attention to the problem of increased lead levels in the environment and the food chain from lead from industrial sources.

The Problem of Increased Lead Levels

In this effort, he fought against the lobbying power of the Ethyl Corporation with all its influence (and the legacy of Thomas Midgley, which included tetra-ethyl lead and chlorofluorocarbons) and the lead additive industry as a whole, to ensure that lead was removed from gasoline (petroleum).[2,4] His research was cited by environmentalists and scientists who successfully lobbied for the enactment of the Clean Air Act of 1970 and the phasing out of lead in gasoline, the main source of lead in the atmosphere.[1] In A Short History of Nearly Everything, author Bill Bryson alleges that, because of the influence of the lead industry, Patterson was excluded from a 1971 National Research Council panel on atmospheric lead contamination.