You are here: Home › physics › Christian Doppler and the Doppler Effect 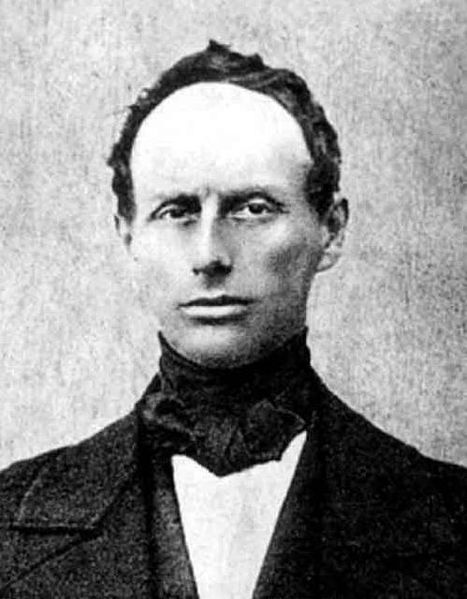 On November 29, 1803, Christian Johann Doppler, Austrian Physicist and mathematician was born in Salzburg. Doppler is widely known for his principle, the Doppler effect, that the observed frequency of a wave depends on the relative speed of the source and the observer. He used this concept to explain the color of binary stars.

“There have been applied sciences throughout the ages. … However this so-called practice was not much more than paper in nearly all of these cases, and the various applied sciences were only lacking a bagatelle, namely proper scientific practice. The applied sciences show the application of theoretic doctrines in existing events; but that is precisely what it does, it merely shows. Whereas the scientific practice autonomously puts to use these theories.”
– Christian Doppler, in his review of Joseph Beskiba’s textbook, published in the Österreichische Blätter für Literatur und Kunst (1844)

Doppler was born into a family of stonemasons, but due to his weak physical appearance, he was not able to continue in the family’s business and was occupied mostly with a bookkeeping position. It was noticed, that he developed great talents in the field of mathematics. He studied mathematics as well as physics and philosophy at the Polytechnic Institute Vienna in Salzburg. His first major papers were published in the 1830’s and became Professor for mathematics and practical geometry at the Prague Polytechnic in 1841.

The presentation of his work ‘Über das farbige Licht der Doppelsterne‘ (Concerning the colored light of the double stars) at a meeting of the Natural Sciences Section of the Royal Bohemian Society in Prague promised a break through for the young scientist. The paper depicted his first presentation of the famous Doppler Effect, relating a frequency of a source to its velocity relative to the observer. He explained, how a ‘sound pitch from a moving object differs from an observer with a fixed position and that therefore the color of the light from a star should alter according to the star’s velocity relative to Earth’. Doppler described that every ‘star emitted white light and that the color of some stars was owing to their motion toward or away from us’. [1] This theory was later confirmed by a meteorologist, who used a locomotive carrying several horn players. He detected the predicted pitch of the notes as the players approached and hurried away. The Doppler Principle was applied in various fields beyond astronomy. In medicine it was used to detect cardiac motion and cardiac valves or to investigate the fetal blood flow just to give some examples.

An animation illustrating how the Doppler effect causes a car engine or siren to sound higher in pitch when it is approaching than when it is receding. The pink circles represent sound waves.

In the course of the turmoil surrounding the March Revolution of 1848, he and his family moved to Vienna and in 1850 Emperor Franz Joseph I appointed him Director of the Physical Institute of the University of Vienna. He was the first professor of experimental physics in Old Austria. Unfortunately his life long health issues did not improve. In 1853 Doppler died at age 49 in Venice, which at that time was part of the Austrian Empire; he had evaded the mild climate of the city in 1852 because of his dust lung disease.

His name name and research remains in many aspects of physics, and astronomy. Next to the Doppler Effect, he has published numerous works on electricity, magnetism, optics, and astronomy in his life and was known to be a revolutionary thinker, although some theories would not work out in practice.