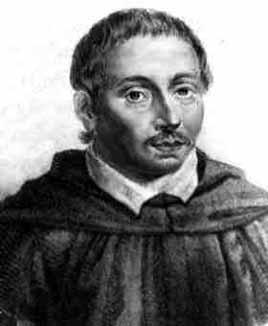 On November 30, 1648, Italian mathematician Bonaventura Cavalieri passed away. He is known for his work on the problems of optics and motion, work on the precursors of infinitesimal calculus, and the introduction of logarithms to Italy. Cavalieri’s principle in geometry partially anticipated integral calculus.

“Rigor is the concern of philosophy not of geometry.” (Bonaventura Cavalieri)

Bonaventura Cavalieri – The Youth of a Mathematician

Born at Milan, Cavalieri was given the name Francesco when he was born. His father’s name was Bonaventura Cavalieri but when Francesco joined the religious order of the Jesuati in Milan in 1615 he took the name Bonaventura. The Jesuati was a religious order that followed the rule of St. Augustine and later was suppressed in 1668 by Pope Clement IX. Cavalieri studied theology in the monastery of San Gerolamo in Milan and geometry at the University of Pisa. Cavalieri’s interest in mathematics had been stimulated by Euclid’s Elements and, after meeting Galileo Galilei,[6] he considered himself a disciple of the astronomer. The meeting with Galileo was set up by Cardinal Federico Borromeo, who had clearly recognized the genius in Cavalieri while he was at the monastery in Milan.[1]

Too Young for a Professor

In 1619 Cavalieri applied for the chair of mathematics in Bologna, but was considered too young for a position of this seniority. He also failed to get the chair of mathematics at several other universities including Rome and Pisa and blamed it on the fact that he was in the Jesuati order (not to be confused with the Jesuits), which was unpopular in Rome at that time. However, he did progress in his clerical career and became a deacon and assistant to Cardinal Federico Borromeo at the monastery of San Girolamo in Milan in 1621. It was during his time in Milan that he began to develop his method of indivisibles for which he is famed today.

By 1629, when he was appointed professor of mathematics of the University of Bologna, Cavalieri had completely developed his method of indivisibles, a means of determining the size of geometric figures similar to the methods of integral calculus, building on the classic method of exhaustion. He delayed publishing his results for six years out of deference to Galileo, who planned a similar work. Cavalieri’s work appeared in 1635 and was entitled Geometria Indivisibilibus Continuorum Nova Quadam Ratione Promota (“A Certain Method for the Development of a New Geometry of Continuous Indivisibles”). As stated in his Geometria, the method of indivisibles was unsatisfactory and fell under heavy criticism, notably from the contemporary Swiss mathematician Paul Guldin. In reply to this criticism, Cavalieri wrote Exercitationes Geometricae Sex (1647; “Six Geometrical Exercises”), stating the principle in the more satisfactory form that was widely employed by mathematicians during the 17th century.[2] 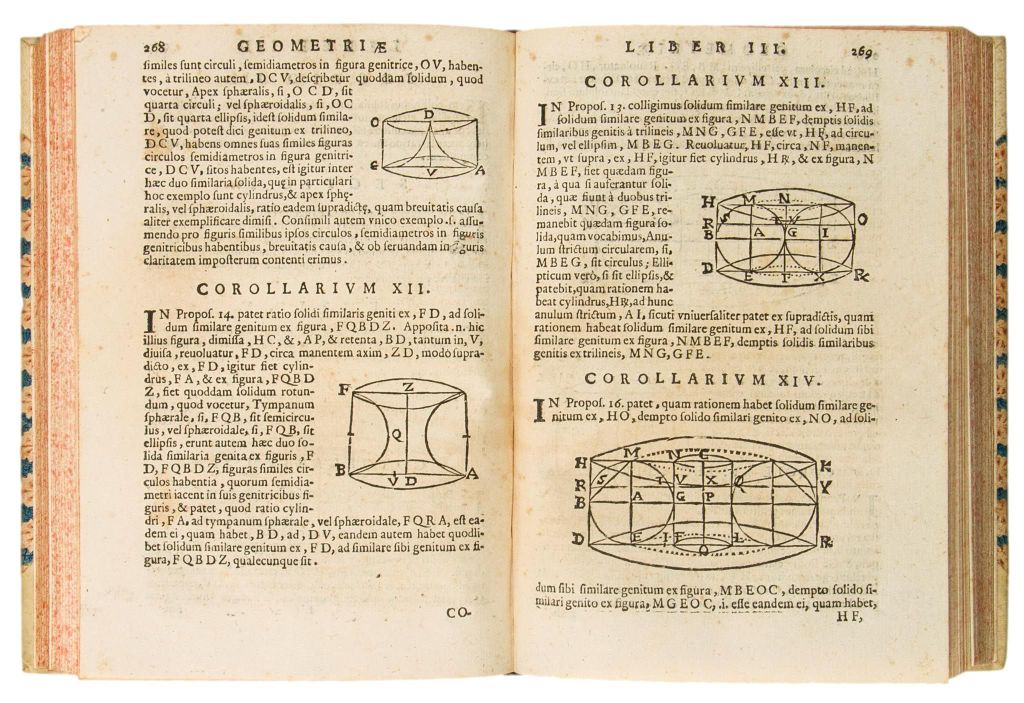 In his Geometria, an area is considered as constituted by an indefinite number of parallel segments and a volume as constituted by an indefinite number of parallel planar areas. Such elements are called indivisibles respectively of area and volume and provide the building blocks of Cavalieri’s method. As an application, he computed the areas under the curves y=xn  which is known as Cavalieri’s quadrature formula. Actually, the principle of indivisibles had been used by Kepler in 1604 and 1615 in a somewhat crude form,[7] But Cavalieri was the first who had it published. Galileo exerted a strong influence on Cavalieri encouraging him to work on his new method and suggesting fruitful ideas, and Cavalieri would write at least 112 letters to Galileo. Galileo said of Cavalieri, “few, if any, since Archimedes, have delved as far and as deep into the science of geometry.” Cavalieri is known for Cavalieri’s principle, which states that the volumes of two objects are equal if the areas of their corresponding cross-sections are in all cases equal. Two cross-sections correspond if they are intersections of the body with planes equidistant from a chosen base plane.

Cavalieri also constructed a hydraulic pump for his monastery and published tables of logarithms, emphasizing their practical use in the fields of astronomy and geography in his Directorium generale uranometricum (A General Directory of Uranometry, 1632). Uranometry is the science of the measurement of the positions, magnitudes, distances, etc. of the stars. The tables of logarithms that he published included logarithms of trigonometric functions for use by astronomers. He wished Michelangelo Ricci and Evangelista Torricelli to be the editors of his legacy. Torricelli died shortly before him and Ricci found no time. They were not published until 1919. Bonaventura Cavalieri died on November 30, 1647, in Bologna, aged 48-49.

“The Beauty of Calculus,” a Lecture by Steven Strogatz, [10]