You are here: Home › art › Honoré Daumier and the Art of Caricature 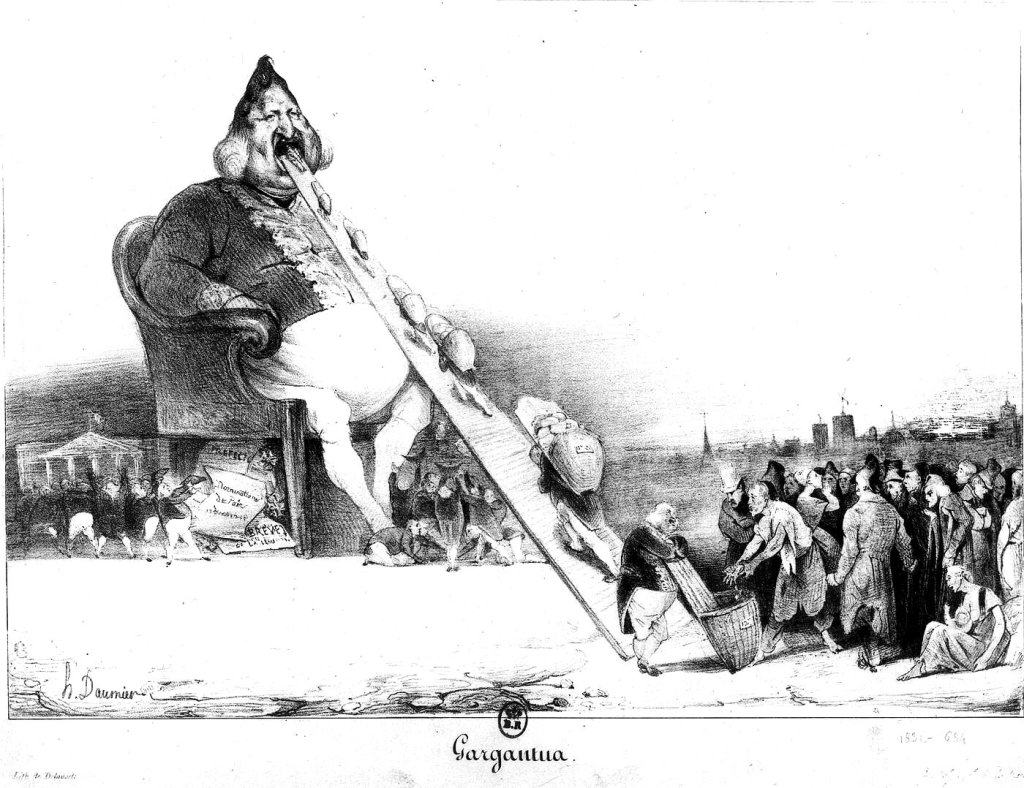 Gargantua, a lithography by Honoré Daumier

On February 10, 1879, French printmaker, caricaturist, painter, and sculptor Honoré Daumier passed away. A rather prolific draftsman, Daumier produced over 500 paintings, 4000 lithographs, 1000 wood engravings, 1000 drawings and 100 sculptures. He was perhaps best known for his caricatures of political figures and satires on the behavior of his countrymen, although posthumously the value of his painting has also been recognized.

Honoré Daumier was born in 1808 in Marseille, France. His father, Jean Baptiste Daumier, belonged to an elite artisanal class and moved the family to Paris in order to try his hand at poetry. Although Daumier’s financial success remained quite small, Daumier was able to present some of his poetry to the King of France and publish a few works. Honoré Daumier however, began working at the age of 12 since the family was struggling financially. Still, the young man knew early that he wanted to pursue an artistic career, which his father did not allow at first. Daumier began working as an assistant for a book shop around 1821 and it is believed that he completed his first drawings there. [1,2] 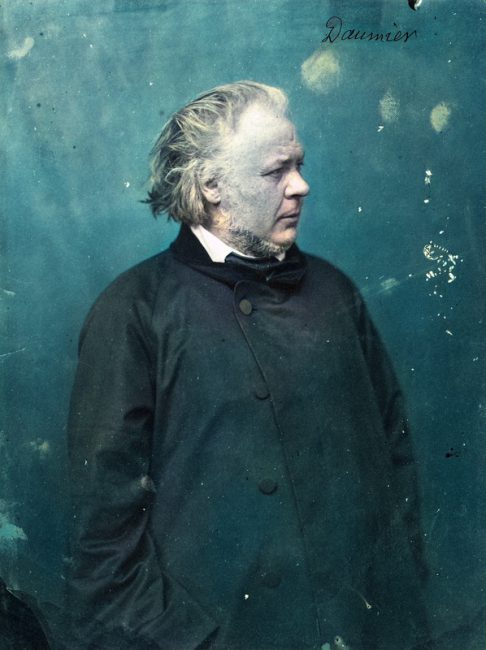 The Art of Political Caricatures

By the age of 16, Daumier was finally allowed by his family to study drawing and art with Alexandre Lenoir. After a while, he attended a formal training at the Académie Suisse. He began working for Belliard, a publisher who taught him lithography which had just become very popular in the early 19th century in France. Daumier made use of these skills in satirical works and the first known journal he worked at was called ‘La Caricature‘ and was founded by Charles Philipon. Daumier published a cartoon of the King as Gargantua, depicting him as a monster, which Daumier was imprisoned for at the Sainte-Pélagie Prison. These happenings generated a great public attention and Daumier received even more followers. Since a new law from 1834 banned outright satire of the government, Daumier began to focus on bourgeois and his Robert Macaire series became quite famous published in Le Charivari.[1,2]  His portrayals deal with the cute and ridiculous scenes and incidents of the day, silliness about strange people, the downsides of great things, fashionable fads. Daumier knew how to portray the comical side of the common bourgeois life and the ridiculous of individual nature in a sharp and powerful, even often brutal way. Noteworthy in this respect are: “Les Bons bourgeois“, “Pastorales“, “Locataires et propriétaires“, “Les papas“, “Les beaux jours de la vie” and his “Représentants représentés“, a collection of caricature portraits of about 100 representatives of the constituent and legislative branches, as well as his “Idylles parlementaires“, masterpieces of political-satirical wit, which recall the best period of Greek comedy. The latter two are fruits of the 1848 revolution.

Daumier, 1832: ‘Conference of London’; – info: ‘At this conference the borders between Belgium,Luxemburg and Holland were redrawn‘

Taking off the False Masks of Bourgeoisie

Daumier’s caricatures also deal with the connection between the bourgeoisie and antiquity: while in France classicism had been a cultural programme of domination since Louis XIV, after the French Revolution it was first used by the revolutionary leaders, but then by the real winners of the revolution, the bourgeoisie. This appropriation of ancient iconography by the bourgeoisie makes Daumier ridiculous: he takes the false masks off the petty bourgeoisie and shows them in pathetic everyday scenes. Thus he creates a “mythology of everyday life” in small studies of the physiognomy and character of his fellow human beings. In his caricature The Smile of the Augurs, he takes up a saying of Cato’s, who said that the augurs must smile when they meet, because they know too much. Daumier about this: The industrial barons know just as much – but they don’t smile when they meet each other.

Honoré Daumier is best known or his caricature works and he mostly used the techniques of physical absurdity to depict the “cruelty, unfairness and pretension of 19th century French society and politics“. During his career, Daumier also created many paintings on religious and historical topics and he tried out sculpting. Although the art of sculpting was not too popular back then, his works are known to be notably life-like. [2] Baudelaire [3] noted of him:  One of the most important men, not only, I would say, in caricature, but also in modern art. An exhibition of his works was held at the École des Beaux-Arts in 1901. Today, Daumier’s works are found in many of the world’s leading art museums, including the Louvre, the Metropolitan Museum of Art and the Rijksmuseum. He is celebrated for a range of works, including a large number of paintings (500) and drawings (1000) some of them depicting the life of Don Quijote, a theme that fascinated him for the last part of his life.  Blind in old age, he died impoverished on February 10, 1879, at age 70. In 1880, his body was transferred to Paris and solemnly buried in the Père Lachaise cemetery.

Ratapoil, sculpture by Honore Daumier in the Staedel in Frankfurt am Main.

Typical of Daumier’s painting is a strong light-dark contrast and the use of a clearly emphasized graphic outline. The scope of his graphic work comprises more than 4000 lithographs and over 1000 woodcuts. In the characteristic drawing of ridiculous and tragic personality profiles, his caricatures achieve timeless general validity. Daumier was not only a prolific lithographer, draftsman and painter, but he also produced a notable number of sculptures in unbaked clay. In order to save these rare specimens from destruction, some of these busts were reproduced first in plaster. Bronze sculptures were posthumously produced from the plaster.