You are here: Home › economics › The Rise and Fall of the British East India Company

“The East India Company established a monopoly over the production of opium, shortly after taking over Bengal.”
– Robert Trout [11]

The Foundation of the British East India Company

Already 12 years before, the Spanish Armada was defeated and merchants turned to the Queen, asking for permission to sail to the Indian Ocean, which was granted. Some smaller companies formed, but several ships got lost on the sea. On 22 September 1599, a group of merchants met and stated their intention “to venture in the pretended voyage to the East Indies (the which it may please the Lord to prosper), and the sums that they will adventure”, committing £30,133. Two days later, “the Adventurers” reconvened and resolved to apply to the Queen for support of the project. Although their first attempt had not been completely successful, they nonetheless sought the Queen’s unofficial approval to continue. On 31 December 1600, Queen Elizabeth I granted a Royal Charter to ‘Governor and Company of Merchants of London trading with the East Indies‘ and the first voyages took place one year after.[4]

Sir James Lancaster commanded the first East India Company voyage in 1601 aboard the Red Dragon. After capturing a rich 1,200 ton Portuguese Carrack in the Malacca Straits the trade from the booty enabled the voyagers to set up two “factories” – one at Bantam on Java and another in the Moluccas (Spice Islands) before leaving. English traders frequently engaged in hostilities with their Dutch and Portuguese counterparts in the Indian Ocean. The company achieved a major victory over the Portuguese in the Battle of Swally in 1612, at Suvali in Surat. The company decided to explore the feasibility of gaining a territorial foothold in mainland India, with official sanction from both Britain and the Mughal Empire, and requested that the Crown launch a diplomatic mission. To succeed against the Dutch and Portuguese on the market, the British realized, that they needed to gain territorial foothold at India’s mainland. Also, James I instructed Sir Thomas Roe to meet Mughal Emperor Nuruddin Salim Jahangir in order to arrange exclusive trading rights and the possibility of building factories in Surat and the surrounding area, which was successful.

A Company with Extraordinary Powers

As the company expanded, they were able to establish several trading posts and numerous factories in India. In the 1630s, the Mughal emperor extended his hospitality to the company, but competition with the Dutch grew as well, which resulted in the Anglo-Dutch Wars. Within the first two decades of the 17th century, the Dutch East India Company or Vereenigde Oostindische Compagnie, (VOC) was the wealthiest commercial operation in the world with 50,000 employees worldwide and a private fleet of 200 ships. It specialised in the spice trade and gave its shareholders 40% annual dividend. The British East India Company was fiercely competitive with the Dutch and French throughout the 17th and 18th centuries over spices from the Spice Islands. Spices, at the time, could only be found on these islands, such as pepper, ginger, nutmeg, cloves and cinnamon could bring profits as high as 400 percent from one voyage. The tension was so high between the Dutch and the British East Indies Trading Companies that it escalated into at least four Anglo-Dutch Wars between them. King Charles II was motivated to strengthen the power of the EIC and provisioned the EIC with the rights to autonomous territorial acquisitions, to mint money, to command fortresses and troops and form alliances, to make war and peace, and to exercise both civil and criminal jurisdiction over the acquired areas.

But not only the Dutch were a danger to the EIC, in 1695, the English pirate Henry Every was able to raid the treasure-laden Ganj-i-Sawai, which became known as the richest ship ever taken by pirates. It is assumed that the loot totals between £325,000 and £600,000, including 500,000 gold and silver pieces. The English government and the Indian emperor were furious about the loss and angry Mughals threatened to put an end to all English trading in India. On 12 October 1695, Sir John Gayer, then-governor of Bombay and president of the East India Company, sent a letter to the Lords of Trade, writing:

“It is certain the Pyrates, which these People affirm were all English, did do very barbarously by the People of the Ganj-i-sawai and Abdul Gofor’s Ship, to make them confess where their Money was, and there happened to be a great Umbraws Wife (as Wee hear) related to the King, returning from her Pilgrimage to Mecha, in her old age. She they abused very much, and forced severall other Women, which Caused one person of Quality, his Wife and Nurse, to kill themselves to prevent the Husbands seing them (and their being) ravished.” 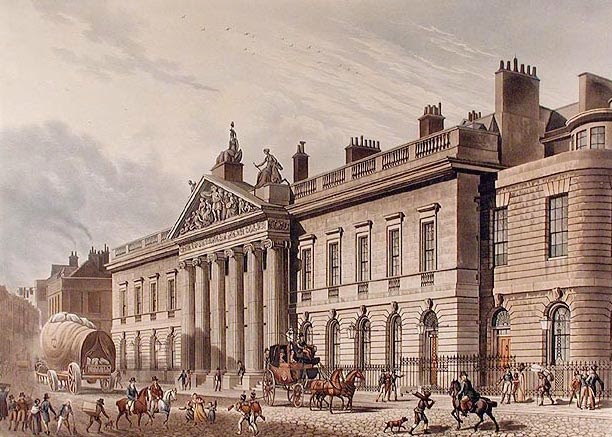 Meanwhile, the company started to develop a lobby in the English parliament and the company’s power grew. By 1720, 15% of British imports were from India, almost all passing through the company. With the ‘arrival’ of the Industrial Revolution, the EIC became the single largest player in the British global market and the British culture, economy and high living standards had a profound influence on overseas trade.

Through the years, the company had to fight and compete in order to expand its trade positions and military power in India. But even though the company became increasingly bold and ambitious in putting down resisting states, it faced financial troubles as well. In 1773, the Tea Act was passed, which gave the Company greater autonomy in running its trade in the American colonies, and allowed it an exemption from tea import duties which its colonial competitors were required to pay. The arrival of tax-exempt Company tea, triggered the Boston Tea Party in the Province of Massachusetts Bay, one of the major events leading up to the American Revolution. 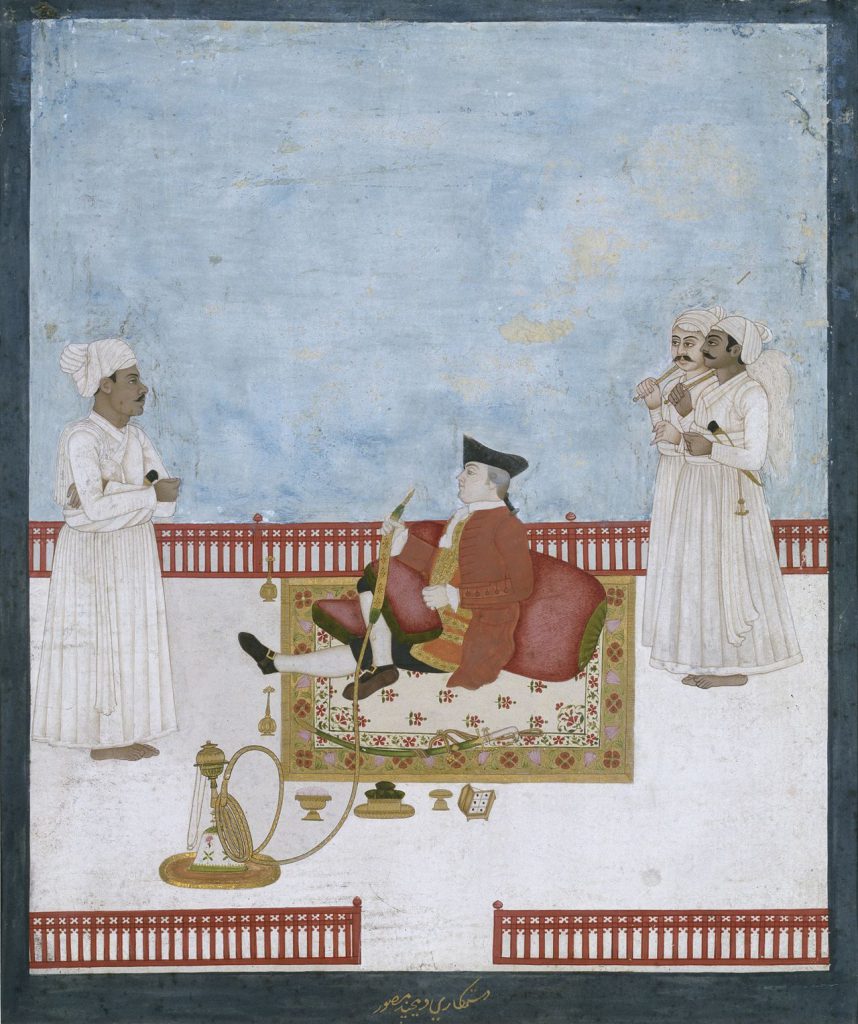 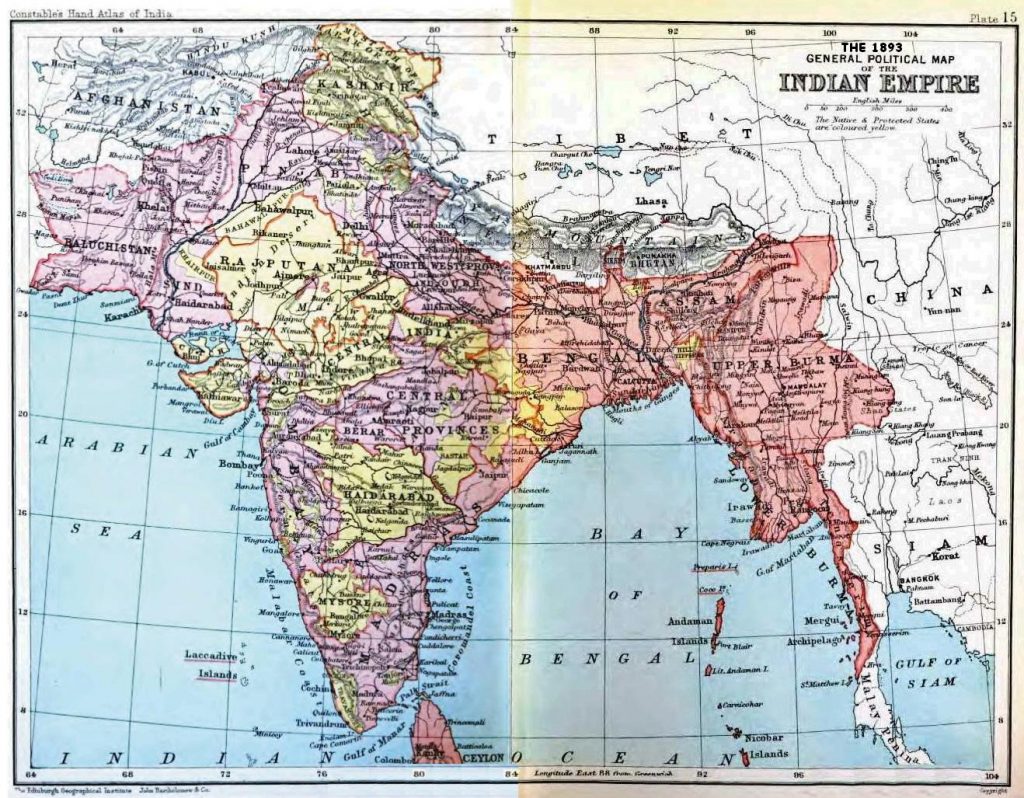 However, the EIC had a large effect on the Indian culture and global trade. The East India Company was the first company to record the Chinese usage of orange-flavoured tea in which it led to the development of Earl Grey tea and the British trade with India played a key role in introducing English as an official language in India.