You are here: Home › economics › Black Thursday – The Wall Street Crash of 1929

The Wall Street Crash of 1929, also known as the Great Crash and the Stock Market Crash of 1929, began in late October 1929 and was the most devastating stock market crash in the history of the United States. The crash signaled the beginning of the 10-year Great Depression that affected all Western industrialized countries, in Germany also referred to as the “Weltwirtschaftskrise“.

The optimism and financial gains of the Wall Street stock market were shaken on “Black Thursday“, October 24, 1929, when share prices on the New York Stock Exchange (NYSE) abruptly fell. On this very day, the crash started with a market loss of 11% of its value at the opening bell on very heavy trading.

There are many theories concerning the causes of the Great Depression. There are for instance the monetarists, believing that mistakes by authorities led to the decrease of money supply. In order to the monetarists, these facts caused a recession and later the Great Depression. Theories by the famous economist John Maynard Keynes are part of the demand-driven theories, [8] meaning that the reduction on consumption due to a lack of confidence led to deflation. People tended to keep their money out of the markets, the prices dropped and therefore the demand dropped as well. 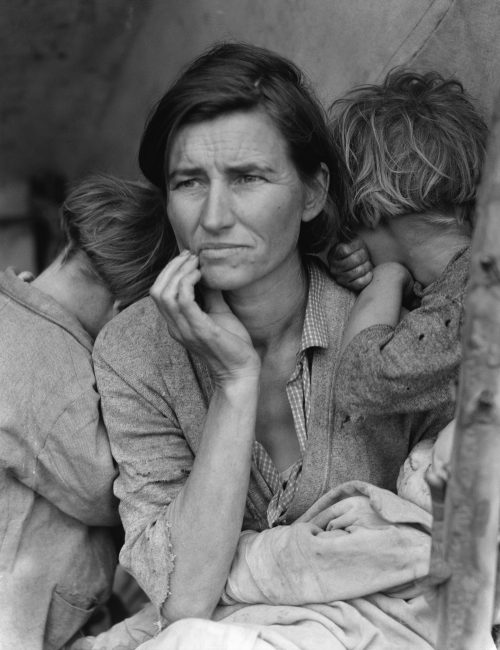 The causes of the Great Depression are still highly discussed, but however, finding a perfect answer does not change the effects and what the people had been through in this period. For once, the bankers became the presumably most unpopular people, in contrast to the bank robber heroes such as Bonnie and Clyde.[6] The Depression hit the people around the globe. In Germany, it is seen as one of the factors that led the political system towards extremism, and the rise of the Nazi Party. The unemployment rate increased to more than 30%, which was highly used by Hitler in his propaganda speeches.

A Series of Fatal Failures

Due to the depreciation of volatile assets as a result of the stock market crash, the insolvency of many borrowers and bank runs, a series of bank failures occurred in the United States, as a result of which 1/3 of all banks had to be liquidated. This led to a general credit shortage, which in many cases made it impossible to grant or extend credit. In this situation, the US Federal Reserve (FED) could have stabilized the banks, but did not do so, but, on the contrary, pursued a contractive monetary policy that reduced the money supply by about 30% (“great contraction”), accelerated the deflationary spiral and thus aggravated the banking and economic crisis.

National Socialist Germany had overcome the Great Depression of 1936 in important respects and was one of the first countries to regain full employment. However, the development in Germany was also marked by job creation measures with poor working conditions and generally low wages, which were frozen at the level of 1932. In addition, full employment was countered by a massive misallocation of resources and ultimately by the catastrophe of the Second World War that Germany triggered in 1939. In the USA, President Franklin D. Roosevelt gave the nation new hope with the economic and social reforms of the New Deal. Unlike in the German Reich and many other countries, democracy in the United States was preserved even during the Great Depression. The desolate state of the economy was overcome, but full employment was only achieved in 1941 with the arms boom after the USA entered the Second World War.

Great Britain had already gone through an economically difficult decade when the shock waves of the US disaster reached the island empire. Already during the 1920s there had always been a relatively high unemployment rate of over one million. The peg of the British pound to the gold standard at the pre-war rate, which had been abandoned in the course of war financing but restored in 1925, was aimed at renewing London as a world financial centre, but did not lead to a revival of the British economy, in which hardly any investment was made due to a high level of credit interest rates. In addition, the now high exchange rate of the pound weakened British trade: while British products became too expensive abroad, foreign products were now cheap to buy in Britain.

The global economic crisis initially made itself felt in Great Britain primarily as a collapse of world trade. From 1929 to 1931 the value of British exports fell by around 38 percent. At the turn of the year 1932/33 unemployment peaked at just under three million. A rigid austerity programme led to tough disputes within the ruling Labour Party and to the formation of a “National Government” including conservative and liberal ministers in August 1931. On the following 21 September, the gold bond of the pound was abandoned after the Bank of England had used its gold reserves to support the Austrian Creditanstalt and in the German banking crisis to avert a pan-European banking crisis. When investors, commercial banks and several central banks of smaller European countries then rallied on the Bank of England, it was no longer able to support the pound because most of its reserves were frozen in Austria and Germany. Within a few days of the stop in gold payments, the exchange rate of the pound against the US dollar plummeted by around 25 percent. However, the British export industry thus regained its competitiveness, albeit under changed world market conditions.

Causes of The Great Depression, [9]