You are here: Home › economics › John Maynard Keynes and his General Theory of Employment 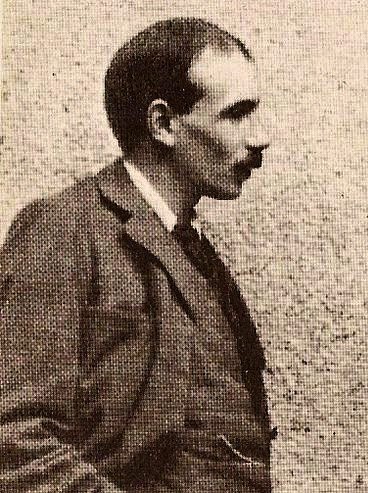 The Son of an Economist and Social Reformer

John Maynard Keynes, born in England, was the son of an economist and a social reformer, who always financially and morally supported their son during his educational years. Throughout his schooling career, Keynes was known to be a brilliant student and he eventually earned a scholarship to Eton College at the very ending of the 19th century and later switched to King’s college.

The Economic Consequences of the Peace

The always optimistic John Maynard Keynes started his Civil Service Career in 1906, but got bored quite soon. He returned to Cambridge and started his research work on probability theory and published a few articles in the Economics Journal. Soon, his work in the field of economics was highly appreciated, due to his ability of applying his theories on actual economical problems. During the first World War, Keynes helped the British government with economic decisions before taking up a position at the Treasury. In 1919, he published ‘The Economic Consequences of the Peace‘ which had a great influence on contemporary economists and politicians and is today regarded as one of his greatest books written.

The Means to Prosperity

Even though John Maynard Keynes was always willing to help governments with their economic decisions, he often attacked the policies certain states established through his works, like ‘A Tract on Monetary Reform‘ in which he advocated the reduction of Germany’s reparation payments. His views were often criticized by other governments, wherefore his reputation became quite polarizing. During the Great Depression in 1933, Keynes published ‘The Means to Prosperity‘ containing various recommendations how to deal with unemployment, which the British and American governments took very seriously and implemented his ideas in their actions.

“The old saying holds. Owe your banker £1000 and you are at his mercy; owe him £1 million and the position is reversed.”
— John Maynard Keynes, “Overseas Financial Policy in Stage III” (unpublished memo distributed to the British Cabinet on 15 May 1945, in Collected Writings volume 24, p. 258).

The General Theory of Employment

1936 was one of the most important years for modern economy and John Maynard Keynes himself. In this year, he published ‘The General Theory of Employment‘, which probably depicted the birth hour of macroeconomics. Keynes’ masterpiece recommended a whole new system of market balances and combined criticism on contemporary decisions, with theoretical research results and practical advices for politicians. His reputation drastically grew after ‘preaching’ his theories in nearly all media types, eventually starting the Keynesian revolution. Despite the influence, Keynes’ work had on Europe’s and North America’s economy, it was not completely worked up into single details, which was mainly the work of the economist’s students. A revolutionary thought in Keynes’ theories was the fact that a whole country was seen as the subject of research instead of single sectors. With the foundations of Keynes’ theory, American and British economists who supported Keynes began building models and started large scale observations to be able to illustrate their country’s economy in detail. These new models became standardized instruments of the ministries of finance and numerous economical and scientific organisations.

At Keynes, the total savings are controlled by the total investment. The investment is therefore always identical to the real savings. An increase in interest rates will reduce investment and must reduce income to such an extent that savings are reduced to the same extent as investment. For Keynes, savings are a function of the level of income, from which it follows that a decrease in savings identical to the investment must force a corresponding decrease in income. The multiplier ensures that small fluctuations in investment lead to large fluctuations in income and employment incomes will therefore fall by a far greater amount than investment. The crisis typically begins with a sudden and severe slump in the economy, because interest rates, which rose during the upswing, initially do not inhibit business, but in the event of a change in market sentiment, hit goods sales with sudden and devastating force.

With this explanation for the economy and crisis, Keynes entered into a revolutionary contrast to the classics in economic theory. These had always taught that lack of savings was the cause of a lack of capital, too high interest rates and a decline in investments, so that saving and the renunciation of consumption should be particularly promoted in order to overcome a crisis. According to Keynes, however, a higher savings rate because of the multiplier must lead to an even more painful decline in income during the crisis, because the savings are determined by the investment and not vice versa. His findings are therefore still radically opposed to the economic policy demands of the neoclassics, which the Keynesians believe exacerbate the crises.

All his life, Keynes was a political advisor. He was an active member of the Liberal Party of England. Keynes was the British chief negotiator in the Bretton Woods negotiations in 1944. His aim was to establish a fixed rate system between currencies, but without adopting the rigidity of the gold standard. Keynes was one of the liberal members of the British Eugenics Society and its director from 1937 to 1944 Keynes was later sharply criticized for his support for eugenics. Bertrand Russell described Keynes as the most intelligent person he had ever met.[6] In 1942, four years before his death, Keynes was ennobled as Baron Keynes of Tilton in the County of Sussex and was given a seat in the House of Lords. In April 1946, Lord Keynes died of heart failure. Since he had remained childless, his hereditary title of nobility expired with his death.