You are here: Home › chemistry › Benjamin Silliman and the 1807 Meteor 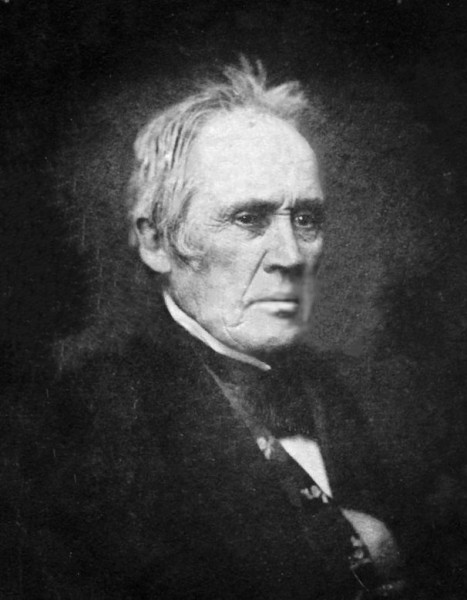 On August 8, 1779, early American chemist and science educator Benjamin Silliman was born. He was one of the first American professors of science, at Yale College, the first person to distill petroleum in America, and a founder of the American Journal of Science, the oldest continuously published scientific journal in the United States. Silliman best known for researching the chemical composition of a meteorite that fell in 1807, his report being the first scientific account of any American meteor, showed that meteorites are made of materials that exist on the earth.

Silliman was born in a tavern in North Stratford, now Trumbull, Connecticut, a few months after his mother, Mary Silliman (widow of John Noyes), fled for her life from their Fairfield, Connecticut, home to escape invading British troops that burned Fairfield center to the ground. The British forces had taken his father, General Gold Selleck Silliman, prisoner in May 1779. Silliman was educated at Yale, receiving a B.A. degree in 1796 and a M.A. in 1799. He studied law and became a tutor at Yale from 1799 to 1802, when admitted to the bar.

By the time, chemistry and natural history had begun to attract the attention of educators. Before, they had been regarded more as an adjunct to the medical profession than as a branch of general education. The science of chemistry still was in its infancy. [2] On the suggestion of Timothy Dwight IV, the president of Yale who saw the importance to include the new sciences into the general course of education at Yale, Silliman then abandoned the law profession and studied chemistry at the University of Pennsylvania in Philadelphia to be able to teach in chemistry and natural history as a new professor at the university. Silliman delivered his first lectures in chemistry at Yale in 1804, the first science lectures ever given at Yale. However, his appointment as a professor at Yale included natural history, which in those days was understood to cover geology, mineralogy, botany and zoology. Silliman sought to fill this gap by study abroad, and spent 1805 and 1806 in England and Scotland, notably at the University of Edinburgh. In 1805, he traveled to Edinburgh for further study.[1] On his return to New Haven in 1806, Silliman resumed the duties of his professorship, embracing chemistry, pharmaceutics, mineralogy, as well as geology.[2]

At 6:30 in the morning of December 14, 1807, a blazing fireball about two-thirds the size of the Moon, was seen traveling southwards by early risers in Vermont and Massachusetts. Stone fragments fell in at least 6 places, of which the largest and only unbroken stone weighed 16.5 kilograms. The stone was purchased by Colonel George Gibbs from a local farmer for his large and famous collection of minerals. When the collection became the property of Yale in 1825, Silliman finally acquired this stone. The stone was documented, and chemically analyzed by Silliman and James Kingsley. The Weston meteorite is the first meteorite to fall in the New World which was documented in such a manner, marking the beginning of meteorite science in the United States. Fragments of the meteorite remain within the Yale meteorite collection, which is the oldest such collection in the United States. 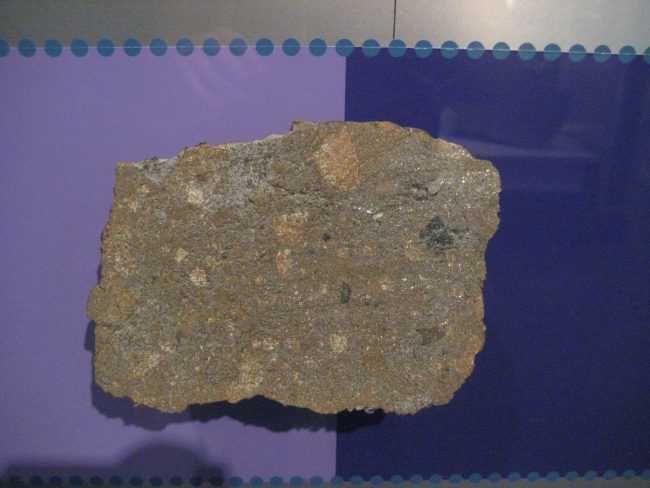 Silliman lectured publicly at New Haven in 1808 and came to discover many of the constituent elements of many minerals. Thanks to him, Yale’s mineral collection would be the largest and most important in the United States.[1] At around 1818, Ephraim Lane took some samples of rocks he found at an area called Saganawamps, now a part of the Old Mine Park Archeological Site in Trumbull, Connecticut, to Silliman for identification. Silliman reported in his new American Journal of Science that he had identified tungsten, tellurium, topaz and fluorite in the rocks. In 1837, the first (and at the time only) prismatic barite ore of tungsten in the United States was discovered at the mine. The mineral sillimanite was named after Silliman in 1850.

Silliman was an early supporter of coeducation in the Ivy League. Although Yale wouldn’t admit women as students until over 100 years later, he allowed young women into his lecture classes. His efforts convinced Frederick Barnard, later President of Columbia College, that women ought to be admitted as students. In 1818 Silliman launched the American Journal of Science, which quickly became the leading American scientific journal and gave Silliman an international reputation. It became one of the world’s greatest scientific journals, which still exists but is devoted to geology alone. By 1820 Silliman had made Yale College the leading center in the United States for training in Chemistry, geology, and mineralogy.[3] In 1830 he published an elaborate treatise on General Chemistry, in two volumes, entitled “Elements of Chemistry, in the order of the Lectures given in Yale College.“

Silliman had begun to carry the cause of science to the American public as a lecturer on chemistry and geology. Beginning in 1834, at Hartford, Connecticut, Sillman extended his lecturing activities to Boston and thence to New York, Baltimore, Washington, Pittsburgh, St. Louis, Mobile, and New Orleans. These lectures did much to generate interest in science throughout the country.[3]

Benjamin Silliman retired in 1853 as professor emeritus. He died in New Haven in 1864.