You are here: Home › archeology › Antonio Bosio and the Rediscovery of the Roman Catacombs 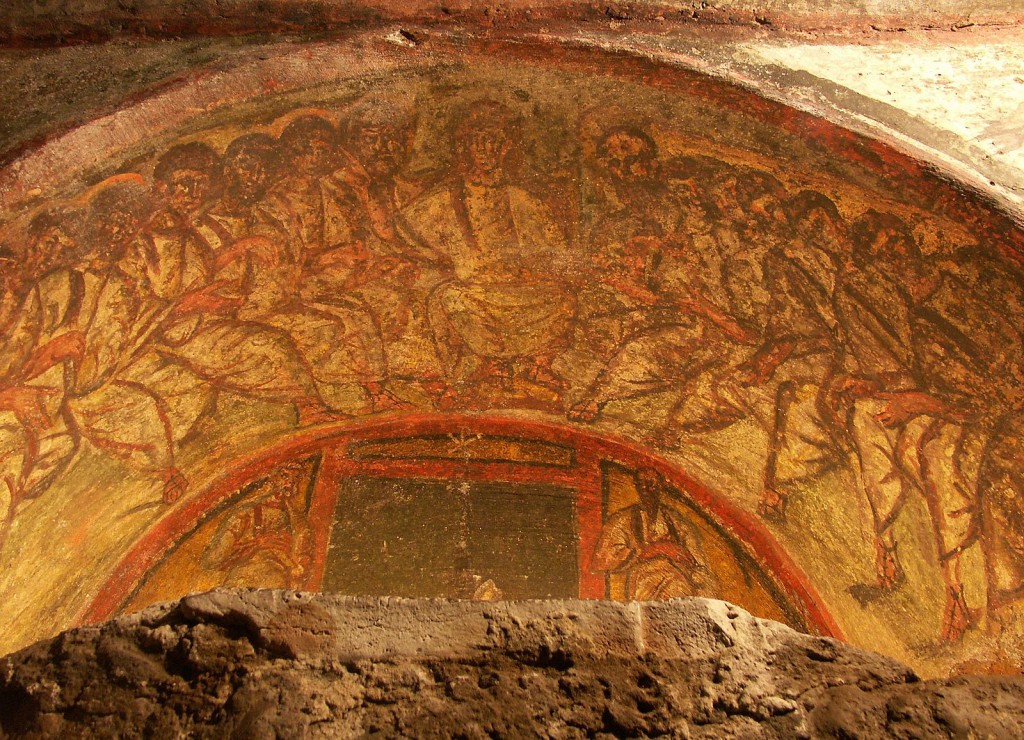 On May 31, 1578, the Catacombs of Rome were discovered by accident. A sepulchral chamber was opened by some laborers digging for pozzolana earth. Ecclesiastical historian Caesar Baronius was one of the first to visit the new discovery. Fifteen years later, in December 1593, 18-year-old Antonio Bosio began a lifetime exploring the catacombs researching them for his volume, Roma Sotterranea.

Antonio Bosio was born in Malta about the year 1576. As a young boy, he was sent to take care of his uncle, who was representative at the Holy See of the Knights of Malta. Bosio studied literature, philosophy, and jurisprudence, however, at the age of eighteen he gave up his legal studies, went to Rome and for the remainder of his life time was devoted to archaeological work in the Roman catacombs. In 1578, the accidental discovery of an ancient subterranean cemetery on the Via Salaria had attracted general attention in Rome. However, only few even realized how important these findings were. With the exception of three foreign scholars, Alfonso Chacon, the antiquarian Philips van Winghe from Leuven and Jean L’Heureux, no one really thought of pursuing further investigations.

Exploring the Underground of Rome

When he was just eighteen, Antonio Bosio committed himself to the lifelong study of archaeology. It was he who first recognized the significance of the entrance on the Via Salaria. In December 1593, before he turned twenty, Bosio explored the catacombs. Gradually he found links between them, for narrow passageways had been dug from one to another. Some passages were blocked. Using his own eyes and questioning peasants, he sought additional entrances and found thirty. During one dry period, however, from 1600 to 1618, he found only two. [2] Thereby, Bosio became a precursor of the science of Christian archaeology, an inspiration to Giovanni Battista de Rossi. The young explorer realized that early Christian literature such as acta of the martyrs and accounts of the councils would offer clues to the locations of the catacombs.  An idea of the vast scope of his reading is in two great folio volumes of his manuscript notes in the Vallicelliana library at Rome, each of which contains about a thousand pages. During his studies, Bosio collected all the data possible relative to the location of a catacomb on one of the great Roman roads leading from Rome. He set out to the indicated places and covered the ground carefully in the hope of discovering a forgotten stairway offering access.

Antonio Bosio’s Roma Sotterranea, opera postuma di Antonio Bosio Romano, antiquario ecclesiastico singolare de’ suoi tempi. Compita, disposta, et accresciuta dal M. R. P. Giovanni Severani da S. Severino (Rome, 1632), usually referred to as Roma Sotterranea, was edited by the Oratorian Severano, under the patronage of Cardinal Francesco Barberini. It is entirely devoted to the description of the cemeteries with the end of ascertaining all that was possible regarding the history of each cemetery, by what name it was known in antiquity, who its founders were, and what martyrs and illustrious Christians were interred there. Many of his conclusions have in modern times been found to be erroneous, but Bosio’s method is acknowledged to have been scientific within the shortcomings of the infant science of archaeology. The engravings that accompanied the volume are of little use to the modern archaeologist. In 1629 Bosio died in Rome, leaving no written works. 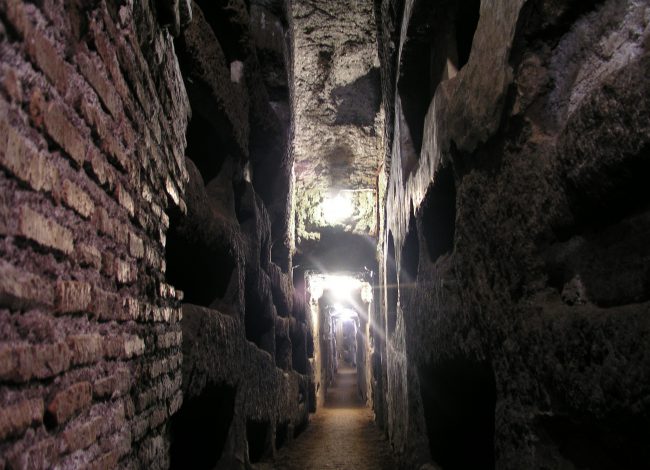 A Basis for Catacomb Research

Unfortunately, after his work was published, the catacombs were scoured for anything that might prove of value on the market. Even though much information on the condition of the catacombs and their inscriptions and frescoes in the early 17th century was preserved in Bosio’s volume, a lot of information was lost through the publication. Some of the catacombs Bosio described have since been destroyed by subsequent construction. Roma Sotterranea and further research by Giovanni Battista de Rossi form the basis of catacomb research and are still in use today. Italian archaeologist and epigrapher Giovanni Battista de Rossi is considered the founder of scientific Christian archaeology and early Christian epigraphy. De Rossi studied law in Rome and published his first archaeological works in several journals. At first de Rossi mainly dealt with early Christian inscriptions and then, under the guidance of his teacher and role model Giuseppe Marchi, he became a pioneer in the exploration of the Roman catacombs. From about 1850 he discovered 27 catacombs, including the Calixtus catacomb.

However, Antonio Bosio is considered one of the founders of catacomb research and is known as the “Columbus of the catacombs“.

Michael Collins, CPAVM Lecture Series: The Art of the Catacombs: Light from the Shadows, [7]