You are here: Home › philosophy › Aleister Crowley – the Wickedest Man in the World 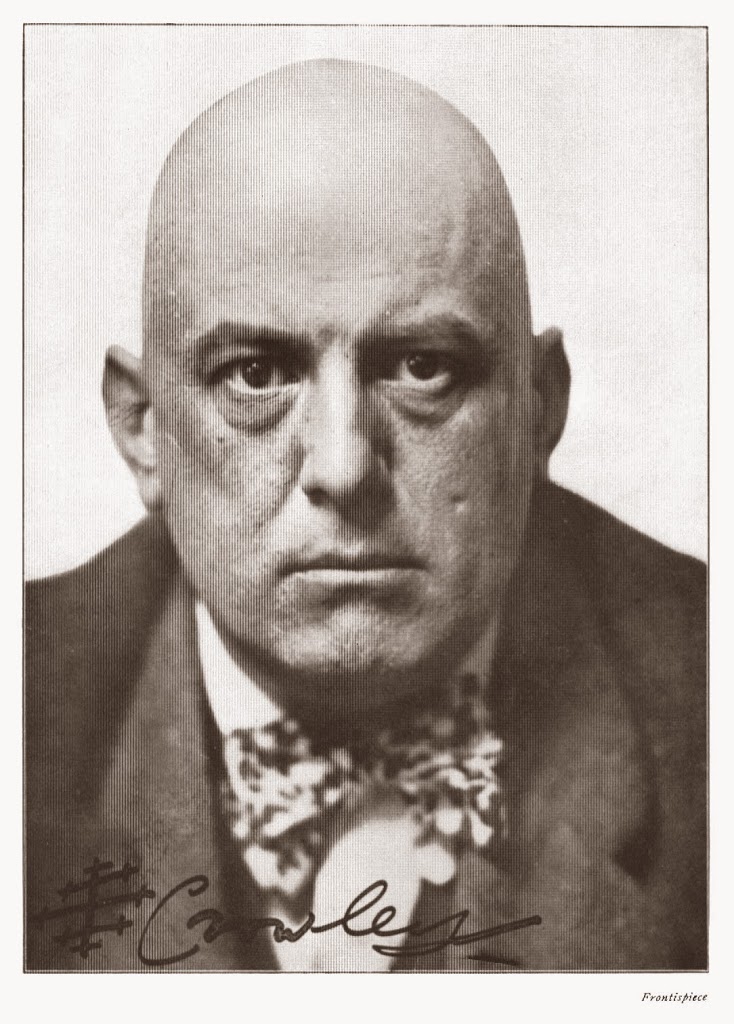 Crowley was born as Edward Alexander Crowley in Royal Leamington Spa, Warwickshire, on 12 October 1875 to Edward Crowley, who owned a family brewing business, Crowley’s Alton Ales, which allowed him to retire before his son was born. His mother, Emily Bertha Bishop had a strained relationship with her son. She called him an Antichrist and insulted him early on as a “beast”, i.e. she compared him with the great beast from the Apocalypse, whose number is 666, a title which he gladly claimed for himself according to his character, since the Satan devil was not unsympathetic to him. Crowley’s father was particularly devout, spending his time as a travelling preacher for the the sect of Exclusive Brethren, an ultra-conservative faction of the Plymouth Brethren and reading a chapter from the Bible to his wife and son after breakfast every day. In 1883, Crowley was sent to H.T. Habershon’s evangelical Christian boarding school in Hastings, and then to the preparatory Ebor school in Cambridge, run by the Reverend Henry d’Arcy Champney, whom Crowley considered a sadist.

“Sit still. Stop thinking. Shut up. Get out!” (Aleister Crowley, from 8 Lessons in Yoga)

At age 11, Crowley’s father died of tongue cancer. He inherited a third of his father’s wealth and soon he began misbehaving at school, where he was harshly punished for and finally dismissed. After further unsuccessful tries at various school’s, he was sent to live with a Brethren tutor, where he developed his interests in chess (he even considered to become a professional player), poetry, and also mountain climbing. In 1894 Crowley climbed Beachy Head before visiting the Alps and joining the Scottish Mountaineering Club. The following year he returned to the Bernese Alps, climbing the Eiger, Trift, Jungfrau, Mönch, and Wetterhorn, with his achievements being recognised by the alpinist community.

The Futility of all Human Endeavour

Having adopted the name of Aleister in 1895, Crowley began a three-year course at Trinity College, Cambridge, where he began to study philosophy and switched to English literature, but he never finished his studies. In 1896, at the age of 21, Crowley inherited his father’s considerable fortune, which made him economically independent from his family and enabled him to live without a steady job. By 1914 he had almost used up his inheritance. In 1897, Crowley travelled to St Petersburg in Russia, later claiming that he was trying to learn Russian as he considered a future diplomatic career there. Later that year, a brief illness triggered considerations of mortality and “the futility of all human endeavour“, and Crowley decided to pursue an interest in the occult. In Zermatt, Switzerland, in 1898, Crowley met the British chemist Julian L. Baker, who was a member of the Hermetic Order of the Golden Dawn. After talking about alchemy, Crowley believed he had met his long-awaited “Master” in him and told him that he was looking for the “Inner Church”, which he had read about in Karl von Eckartshausen. Baker then put him in contact with the chemist George Cecil Jones, who introduced him to the Hermetic Order of the Golden Dawn on November 18, 1898. Crowley was given the log-name Perdurabo (“I will persevere to the end“) and from December to February passed through the first three degrees of the Golden Dawn. White Stains, a collection of Crowley’s erotic poems, appeared in 1898. Crowley acquired Boleskine House in Foyers on the shore of Loch Ness and continued to write poetry, some even with critical success.

From 1900 to 1903, Crowley travelled Mexico and India, where he continued experimenting with ceremonial magic and was introduced to local religions as well as to the Hindu practice of raja yoga. Together with a group of mountaineers, Crowley started an expedition to attempted K2, a Himalayan summit which had never been climbed before. But, Crowley was afflicted with influenza, malaria, and snow blindness, and the expedition had to turn back at an altitude of 6,100 m. Subsequently believing that he was being contacted by his Holy Guardian Angel, an entity known as Aiwass, while staying in Egypt in 1904, he “received” a text known as The Book of the Law from what he believed was a divine source, and around which he would come to develop his new philosophy of Thelema. He would go on to found his own occult society, the A?A? and eventually rose to become a leader of Ordo Templi Orientis (O.T.O.), before founding a religious commune in Cefalù known as the Abbey of Thelema, which he led from 1920 through till 1923. After abandoning the Abbey amid widespread opposition, Crowley returned to Britain, where he continued to promote Thelema until his death in 1947. Posthumously, Crowley became a heavy influence on both the late 1960’s counterculture and the New Age movement.

Crowley also became famous as a fictionalized character in popular culture. The writer W. Somerset Maugham used him as the model for the character in his novel The Magician, published in 1908. Similarly, he appears in Dennis Wheatley’s popular thriller The Devil Rides Out, and in turn the deceased Satanist Adrian Marcato referred to in Ira Levin’s Rosemary’s Baby is likewise a Crowley-like figure. Long after his death Crowley was still being used for similar purposes, appearing as a main character in Robert Anton Wilson’s 1981 novel Masks of the Illuminati as well as he is referenced in The Illuminatus! Trilogy by Robert Shea and Robert Anton Wilson.[5] Even The Beatles included him as one of the many figures on the cover sleeve of their 1967 album Sgt. Pepper’s Lonely Hearts Club Band.