You are here: Home › aviation › Alberto Santos-Dumont – the Brazilian Father of Aviation 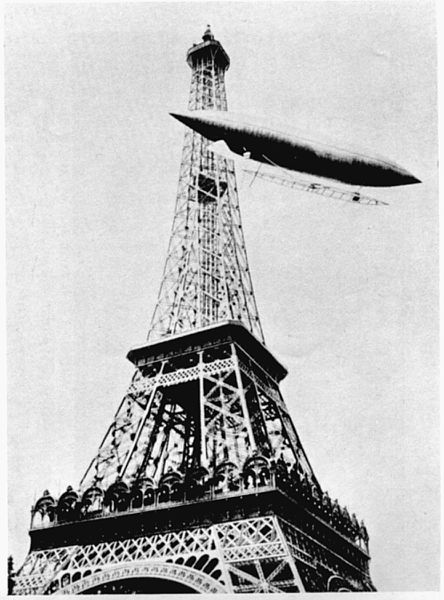 On July 20, 1873, Brazilian aviation pioneer Alberto Santos-Dumont was born. Santos-Dumont designed, built, and flew hot air balloons and early dirigibles, his rising fame in this field culminating in his winning of the Deutsch de la Meurthe prize on 19 October 1901 on a flight that rounded the Eiffel Tower. Santos-Dumont then constructed a heavier-than-air aircraft, the 14-bis, in which on 23 October 1906, he made the first powered heavier-than-air flight to be certified by the Aéro Club de France and the Fédération Aéronautique Internationale (FAI).

The Son of the Coffee King

Alberto Santos-Dumont was the son of the “Coffee King of Brazil.” His family owned a large and successful coffee plantation and made extensive use of labor-saving inventions. Next to Jules Verne’s adventures, Santos-Dumont was influenced by the various possibilities on the plantation, driving steam tractors and locomotive. [4] Santos-Dumont was educated at the Colégio Culto à Ciência in Campinas, the Colégio Morton in São Paulo, and the Escola de Minas in Minas Gerais.

After an accident, Alberto’s father Henriques was partially paralyzed. The family sold the plantation and traveled to Europe in search for medical help. In the following years, Alberto Santos-Dumont spent a lot of time traveling between Europe and Brazil. After Henriques died, Alberto lived in Paris, studying physics, chemistry, mechanics, and electricity with the help of a private tutor, and returning to Brazil for short holidays. In 1896 he returned to Brazil for a longer period, but began to miss Paris and so returned to Europe in 1897. Before embarking he had bought a copy of an account of Salomon Andrée’s attempt to fly to the North Pole by balloon, written by the constructors of the balloon, MM. Lachambre and Machuron, which Santos-Dumont described as a “revelation”.

Back in Paris, Santos-Dumont arranged a two hour test flight with Alexis Machuron. Alberto Santos-Dumont was so impressed that he decided to construct a balloon for himself. His first balloon design, the Brésil, was remarkable for its small size and light weight. After some test flights, he decided to create steerable balloons, or what became known as non-rigid airships, which could be propelled through the air rather than drifting along with the wind. Santos-Dumont won the Deutsch de la Meurthe prize for the first flight from the Parc Saint Cloud to the Eiffel Tower and back in less than 30 minutes, necessitating an average ground speed of at least 22 km/h to cover the 11 km.

Alberto Santos-Dumont continued to work on non-rigid airships with great success. However, his primary interest soon turned to heavier-than-air aircraft. He finished his first fixed-wing aircraft design, and also a helicopter. In 1906, Santos-Dumont finally succeeded in flying a heavier-than-air aircraft in front of witnesses at the grounds of Paris’ Château de Bagatelle in the Bois de Boulogne. This was the first flight of a powered heavier-than-air machine in Europe to be verified by the Aéro-Club de France, and won the Deutsch-Archdeacon Price for the first officially observed flight of more than 25 meters. On 12 November 1906 Santos-Dumont set the first world record recognized by the Federation Aeronautique Internationale, by flying 220 metres in 21.5 seconds. 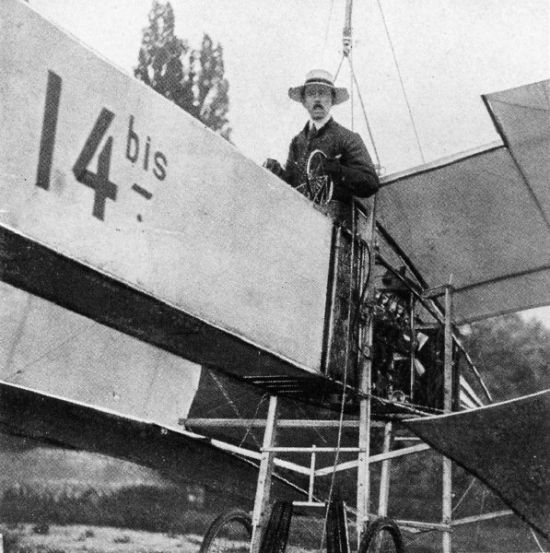 Santos-Dumont’s final design were the Demoiselle monoplanes, used for personal transport. In 1908 Santos-Dumont started working with Adolphe Clément’s Clement-Bayard company to mass-produce the Demoiselle No 19. They planned a production run of 100 units, built 50 but sold only 15, for 7,500 francs for each airframe. It was probably the world’s first series production aircraft. The Demoiselle could be constructed in only 15 days and flew at a speed of more than 100 km/h.

Santos-Dumont’s final known flight as a pilot was made in a Demoiselle in 1910. The flight ended in an accident when a bracing wire snapped when he was flying at an altitude of about 25 m, causing a wing to collapse. He escaped with nothing worse than bruises. In 1911 he moved to the French seaside village of Benerville-sur-Mer, where he took up astronomy as a hobby. When World War I began, some of the locals who knew nothing of his fame mistook his German-made telescope and unusual accent as signs that he was a German spy tracking French naval activity. After his rooms were searched by the French police, the upset Santos-Dumont, who had also been diagnosed with multiple sclerosis, burned all of his papers, plans and notes, sold his house and returned to Brazil. His return to Brazil was marred by tragedy. A dozen members of the Brazilian scientific community boarded a seaplane with the intention of paying a flying welcome to the returning aviator on the luxury liner Cap Arcona. The seaplane, however, crashed with the loss of all on board. Alberto Santos-Dumont committed suicide by hanging himself on 23 July 1932 in the city of Guarujá in São Paulo.

Fight for Flight: The Story of Alberto Santos Dumont, [6]