You are here: Home › aviation › The Airplanes of Glenn Luther Martin 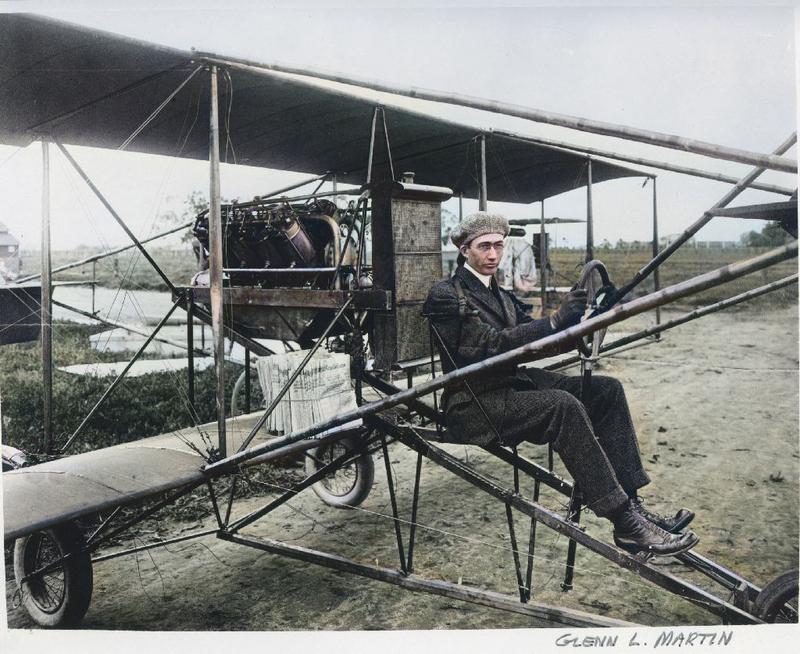 On December 5, 1955, American aviation pioneer Glenn Luther Martin passed away. Martin designed and built his own aircraft and was an active pilot. He founded his own aircraft company in 1912 which today through several mergers is amalgamated into the Lockheed Martin company.

Glenn Luther Martin was born in Macksburg, Iowa, USA, on January 17, 1886 to Minta and Clarence Martin. At the age of two, Martin’s family moved to Salina, Kansas, so that his father could run a wheat farm. By age six, he became interested in kites, but at first his friends made fun of box-kites he built. When the kites flew well, people paid him twenty-five cents to build one for them. He turned his mother’s kitchen into a “factory” to produce more kites. As he grew up, he became fascinated with flight, first with kites, then later the Wright brothers’ airplane. Martin studied business at Kansas Wesleyan in Salina, Kansas. By age 18, he owned a Ford dealership and used the profits from his dealership to build his own airplanes, with help from some of his automobile mechanics.

In 1909 he decided to build one himself based on the Curtiss June Bug, but it was destroyed on the first test flight. For his next effort, Martin used silk and bamboo in the aircraft’s construction. This airplane made a short flight. Martin was often assisted by his mother Minta Martin holding a lamp in the building of his first few airplanes. On May 10, 1912, Martin flew a self-built seaplane from Newport Bay, California to Avalon on Catalina Island, then back across the channel. This broke the earlier English Channel record for over-water flight. Martin’s total distance was 109 km, with the Newport-Avalon leg taking 37 minutes. In 1913, Martin was not as fortunate while competing in the Great Lakes Reliability Cruise, a 1,400 km race of seaplanes around the Great Lakes. Martin’s pontoon hit a wave at high speed and low altitude, causing the plane to somersault, and sink to the bottom with Martin, who escaped and attempted to salvage the plane to finish the race. 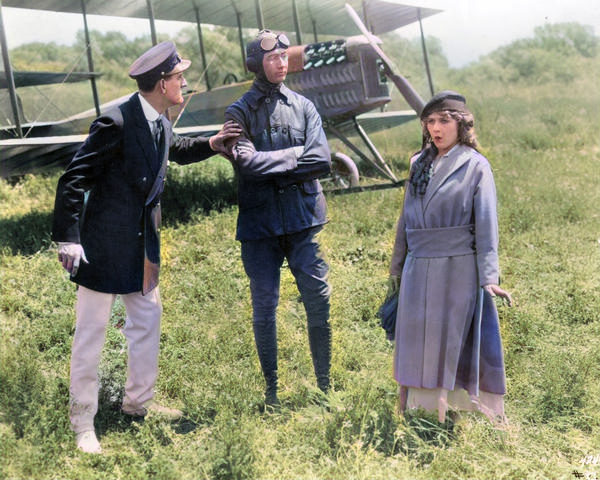 Donald Crisp, Glenn Martin and Mary Pickford in the silent comedy A Girl of Yesterday (Famous Players-Lasky, 1915). A Martin Model TT biplane is behind them.

In 1912, Glenn L. Martin built an airplane factory in an old Methodist church in Los Angeles, California. To make money to finance this business, he began stunt-flying at fairs and local airfields and even marketed his airplanes by playing a role in a movie A Girl of Yesterday (1915) starring Mary Pickford. One of his roles in the movie required him to carry a camera while in flight, providing some of the first aerial scenes in cinema history. His company’s first major contract was to build a line of trainers for the U.S. Army Signal Corps, dubbed the Model TT. After briefly merging with the Wright Brothers to form the Wright-Martin Company, Martin moved to Cleveland, Ohio, where he established a new Glenn L. Martin Aircraft Company. In early 1918, the U.S. Army contracted with Martin to build its first ever American-made bomber, the MB-1.[3]

The MB-2 and others were also successful. In 1932, Martin won the Collier Trophy for his involvement with the Martin B-10 bomber, the first all-metal monoplane bomber to be produced in quantity. The design featured a streamlined fuselage, variable-pitch propellers, wings with lift-enhancing flaps, integral fuel tanks, internal bomb storage, rotating gun turrets, and retractable landing gear.[3] During World War II, a few of Martin’s most successful designs were the B-26 Marauder and A-22 Maryland bombers, the PBM Mariner and JRM Mars flying boats, widely used for air-sea rescue, anti-submarine warfare and transport. In 1933, Martin received an honorary Bachelor of Science degree from Kansas Wesleyan University. He had founded the Glenn L. Martin Company in 1912 and merged his company in 1916 with the original Wright Company, forming the Wright-Martin Aircraft Company. He soon left and founded a second Glenn L. Martin Company in 1917. That company merged with the American-Marietta Corporation in 1961, becoming the Martin Marietta Corporation. This company merged with the Lockheed Corporation in 1995, forming Lockheed Martin, a major U.S. aerospace and defense contractor.

Roger Conner, Master Lecture: The History of Aviation in the Urban Core, [5]