You are here: Home › politics › The Affair of the Diamond Necklace – Harbinger of the French Revolution 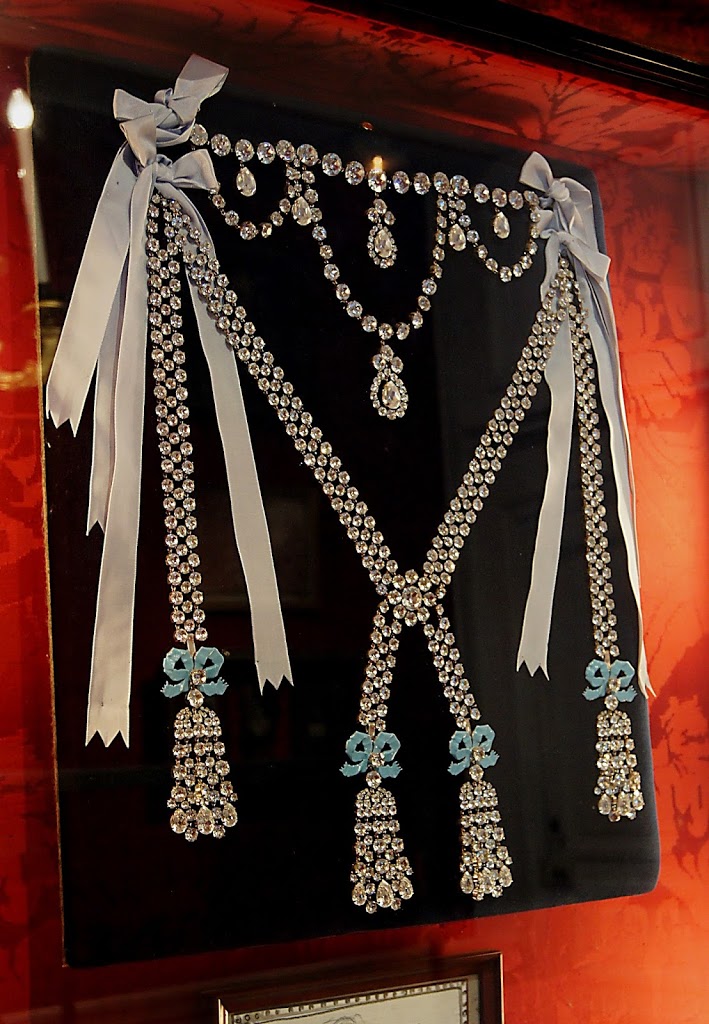 On August 15, 1785, the Cardinal de Rohan was arrested and the ‘Affair of the Diamond Necklace‘, an extraordinary expensive piece of jewelry intended for Madame du Barry,[5] the maitresse of King Louis XV of France, became a public scandal that led to the French populace’s disillusionment with the monarchy, which, among other causes, eventually culminated in the French Revolution. Actually, the reputation of the Queen, which was already tarnished by gossip, was completely ruined by the implication that she had participated in a crime to defraud the crown jewellers of the cost of a very expensive diamond necklace.

In 1772, the French king Louis XV decided to make Madame du Barry, with whom he was infatuated, a rather special gift at the estimated cost of 2,000,000 livres. This really was expensive taking into account that one silver livre compared to today’s currency was worth about 5-15 Euros or 7 to 20 US$. Louis XV requested that Parisian jewelers Boehmer and Bassenge should create a diamond necklace which would surpass all others in grandeur. It would take the jewelers several years and a great deal of money to amass an appropriate set of diamonds. In the meantime, Louis XV died of smallpox, and du Barry was banished from court by his successor Louis XVI.

The famous necklace consisted of many large diamonds arranged in an elaborate design of festoons, pendants and tassels. The jewelers Boehmer and Bassenge now hoped it could be a product that the new Queen of France, Marie Antoinette, could buy. Indeed in 1778, king Louis XVI, offered the necklace to his wife as a present, but she refused considering the price. According to Madame Campan, the Queen refused it with the statement that the money would be better spent equipping a man-of-war. But, according the alternative sources Marie Antoinette refused the necklace because she did not want to wear any jewel that had been designed for another woman, especially if that woman was a courtesan she disliked. Thus, the jewellers tried to sell the piece all over Europe, but they didn’t succeed. In 1781, the jewelers again attempted to sell it to Marie Antoinette after the birth of the dauphin Louis-Joseph in 1781, but again without success.

The affair started with a con artist Jeanne de la Motte, who conceived a plan to use the necklace to gain wealth and possibly power and royal patronage. In March 1785 Jeanne had become the mistress of the Cardinal de Rohan, a former French ambassador to the court of Vienna. Marie Antoinette didn’t like de Rohan after the cardinal had spread rumors about the Queen’s behavior to her mother, the Austrian empress Maria Theresa. Now, the cardinal was attempting to regain the Queen’s favor in order to become one of the King’s ministers. La Motte duped Cardinal de Rohan into believing that she could regain the queen’s regard for him. Mme de La Motte and her accomplices then engineered a sham correspondence between the cardinal and the queen and even arranged an interview between him and a woman impersonating the queen in the garden of the Palace of Versailles. Jeanne de la Motte took advantage of the Cardinal’s belief in her by borrowing large sums of money from him, telling him that they were for the Queen’s charity work. With this money, Jeanne was able to make her way into respectable society. 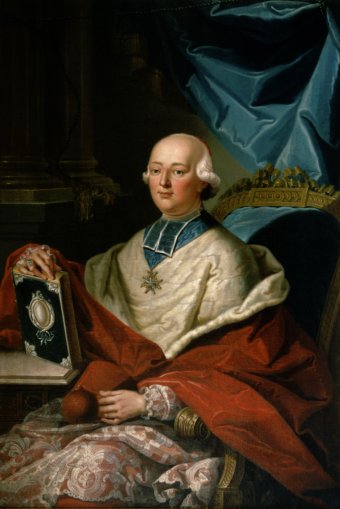 Making a Fool of a Cardinal

The cardinal in several letters from the “Queen” was led to believe that the queen wished to acquire a diamond necklace of enormous value and that she had chosen him as her confidential agent. But, the letters were signed Marie Antoinette de France, and the Cardinal either didn’t know or didn’t remember that French queens signed with their given names only. When Rohan obtained the necklace from the jewelers, he turned it over to Mme de La Motte. Her husband took it to London, where the precious necklace was broken up for sale. When time came to pay, jeweler Boehmer complained to the Queen, who told him that she had neither ordered nor received the necklace. Next, Cardinal de Rohan was taken before the King to explain himself, where he produced a letter signed “Marie Antoinette de France”. On reading this, the King became furious that Rohan, a prince étranger, could have let himself be fooled, since royalty do not use surnames. Rohan was arrested and taken to the Bastille. In the course of the investigations, also the noted charlatan Cagliostro [6] was also arrested, although it is doubtful whether he had any part in the affair. A sensational trial resulted in the acquittal of the Cardinal and Cagliostro, while Jeanne de la Motte was condemned to be whipped, branded with a V (for voleuse, “thief”) and sent to life imprisonment in the prostitutes’ prison at the Salpêtrière. But already in the following year, Jeanne was able to from prison disguised as a boy. 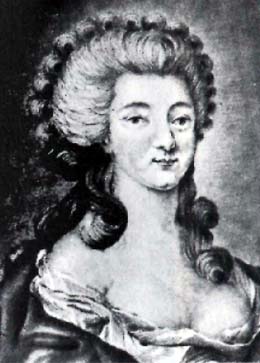 Public opinion was much excited by this trial. Despite the findings to the contrary, many people in France persisted in the belief that the Queen had used the La Mottes as an instrument to satisfy her hatred of the Cardinal de Rohan. This led to a huge decline in the Queen’s popularity and encouraged an image of her among the masses as a manipulative spendthrift, interested more in vanity than in the welfare of France. The public relations nightmare led to an increase in salacious and degrading pamphlets, which would serve as kindling for the oncoming French Revolution. In sum, she symbolized, among other things, the lavishness and corruption of a dying regime and served as the perfect scapegoat of the morality play that the revolution in part became, which made her a target for the hatred of the French Republic and groups like the Jacobins and the sans-culottes.