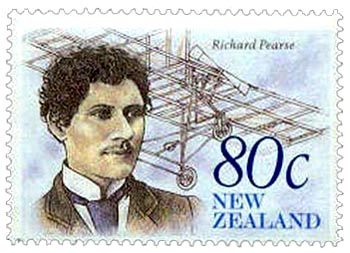 On July 29, 1953, New Zealand farmer, inventor and aviation pioneer Richard William Pearse passed away. It is claimed Pearse flew and landed a powered heavier-than-air machine on 31 March 1903, some nine months before the Wright brothers flew their aircraft.[2] The documentary evidence to support such a claim remains open to interpretation, and Pearse did not develop his aircraft to the same degree as the Wright brothers, who achieved sustained controlled flight.

Richard Pearse was born the fourth of nine children on December 3, 1877, in Temuka, Canterbury Region, New Zealand, to Digory Sargent Pearse and Sarah Browne, farmers at Waitohi, then a rugged and isolated part of South Canterbury. He is reported to have been quiet and independent at school, but a keen reader. By the age of was sixteen Richard left school to work on the family farm, but he did not like farming. After finishing his primary education at Waitohi in 1893 he wanted to study engineering at Canterbury College, but the family could not afford it. At his 21st birthday, Richard was given a 100-acre block of land, but instead of farming, he built a workshop with a forge and a lathe, and began building his own inventions.

From Bicycles to Airplanes

Richard Pearse’s first invention to receive a patent was a type of bicycle, where the pedals were pushed up and down, rather than around, and the tyres could be pumped up while still riding. The bicycle frame was made of bamboo. But flying, not cycling, was his dream. Through Scientific American Pearse kept in touch with experimentation overseas. There is evidence he was working on ideas for powered flight from 1899.[3] In 1902, he designed and built a two-cylinder “oil engine”—which he mounted on a tricycle undercarriage surmounted by a linen-covered bamboo wing structure and rudimentary controls. Though it lacked an aerofoil section wing (the most crucial aspect of an airplane), in general layout his flying machine resembled modern aircraft design much more than did the Wright brothers’ machine: monoplane rather than biplane; tractor rather than pusher propeller; stabilizer and elevators at the back rather than the front; and ailerons rather than wing-warping for controlling banking.

Pearse made several attempts to fly already in 1901, but due to insufficient engine power he achieved no more than brief hops. The following year he redesigned his engine to incorporate double-ended cylinders with two pistons each. Researchers recovered components of his engine (including cylinders made from cast-iron drainpipes) from rubbish dumps in 1963. Replicas of the 1903 engine suggest that it could produce about 15 hp (11 kW). Verifiable eyewitnesses describe Pearse crashing into a hedge on two separate occasions during 1903. His monoplane must have risen to a height of at least three metres on each occasion. Good evidence exists that on 31 March 1903 Pearse achieved a powered, though poorly controlled, flight of several hundred metres. Pearse himself said that he had made a powered takeoff, “but at too low a speed for [his] controls to work“. However, he remained airborne until he crashed into the hedge at the end of the field. 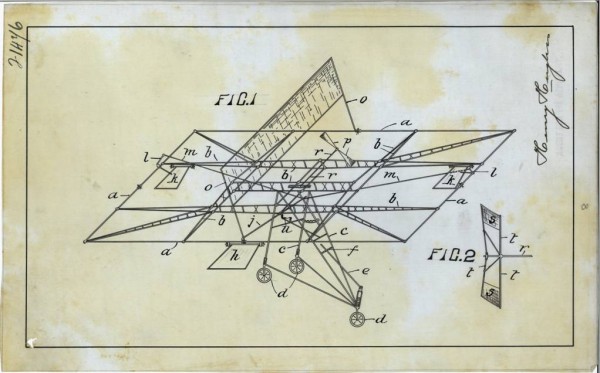 Pearse continued to develop the ability to achieve fully controlled flight by incorporating effectively located “ailerons”. The design’s low centre of gravity provided pendulum stability. However, diagrams and eyewitness recollections agree that Pearse placed controls for pitch and yaw at the trailing edge of the low-aspect-ratio kite-type permanently stalled wing. This control placement would have had minimal, possibly inadequate, turning moment to control the pitch or yaw of the aircraft. The principles of his design, however, accord precisely with modern thinking on the subject.

The Wright brothers, in comparison, successfully applied the principles of airfoil wing-profile and three-axis control to produce fully controlled flight, although their design, using wing warping and forward-mounted pitch controlling surface (canard), soon became obsolete. In two letters, published in 1915 and 1928, the inventor writes of February or March 1904 as the time when he set out to solve the problem of ‘aerial navigation’. He also states that he did not achieve proper flight and did not beat the American brothers Orville and Wilbur Wright who flew on 17 December 1903. However, a great deal of eyewitness testimony, able to be dated circumstantially, suggests that 31 March 1903 was the likely date of this first flight attempt.[3]

At least a Powered Take Off

What Pearse achieved was a powered takeoff, not controlled and sustained flight. His was the fifth successful powered takeoff to have taken place anywhere in the world.[1] Pearse’s work remained poorly documented at the time. No contemporary newspaper record exists. Some photographic records survived, but undated with some images difficult to interpret. Pearse himself made contradictory statements, which, for many years led the few who knew of his feats to accept 1904 as the date of flying. Unconcerned about posterity and in remote New Zealand, he received no public credit for his work during his lifetime. 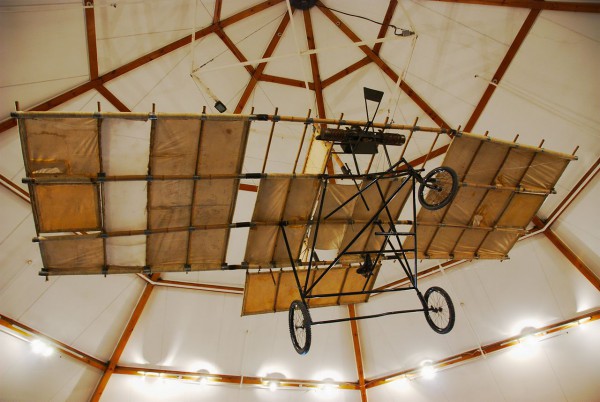 Richard Pearse’s early achievements were almost forgotten until after his death when his last plane was retrieved from his garage and put into storage. It was going to be dumped, but was saved by an auctioneer’s decision to offer it to the Canterbury Aero Club.[1] The Wrights had considerable difficulty getting their accomplishment recognised, despite better documentation and witnesses. A “Fliers or Liars?” debate continued for quite some time after Kitty Hawk, and it took highly public demonstrations before the Wright brothers gained wide recognition. Pearse patented his design, but his innovations—such as ailerons and the lightweight air-cooled engine—did not succeed in influencing others.

Pearse in the early 1930s set about designing and building a second aircraft, his Utility Plane. He applied for a patent in November 1943 and it was finally approved in 1949. Constructed in great secrecy, Pearse’s convertiplane anticipated the main feature of the Harrier jump jet and other similar aircraft with a tilting engine to allow for vertical take-off and landing. Embittered and disillusioned by the lack of interest from aviation companies, Pearse became increasingly paranoid and was admitted in June 1951 to Sunnyside Mental Hospital. There he died on 29 July 1953 following a heart attack.[3]