You are here: Home › social science › Marianne Weber and the Status of Women in Patriarchal Societies 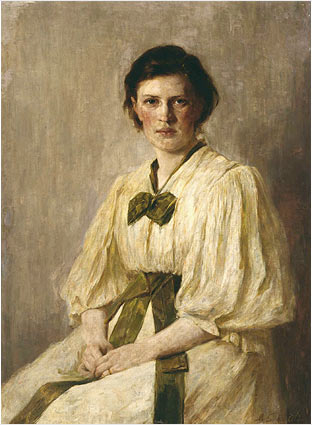 On August 2, 1870, Marianne Weber, sociologist, women’s rights activist and wife of sociologist Max Weber was born [4]. Weber is known for her book “Wife and Mother in the Development of Law“, where she compiled the legal, economic, and social status of women from antiquity until her present time.

The Daughter of a Country Doctor

Marianne Weber was born as Marianne Schnitger, the daughter of the country doctor Eduard Schnitger and his wife Anna, née Weber, daughter of a linen manufacturer. After the death of her mother, Marianne moved to her grandmother and aunt. When she turned 16, she was sent off to be educated in Lemgo and Hanover. In 1891, Marianne spent a lot of time with the Charlottenburg Webers, Max, Jr. and his mother Helene in particular. She and Max Weber got married soon and lived together in Berlin.

Becoming Active in the Women’s Movement

During their early marriage, Max Weber taught in Berlin and then also at the University of Heidelberg. Meanwhile, Marianne pursued her own studies and after moving to Freiburg in 1894 she studied with leading neo-Kantian philosopher Heinrich Rickert. At that time, Marianne Weber also began to become active in the women’s movement. She co-founded a society advocating feminist thought.  She also worked with Max to raise the level of women students attending the university. In 1898, Max Weber suffered a psychological collapse, possibly brought on after his father’s death. Between 1898 and 1904, Max Weber withdrew from public life, moving in and out of mental institutions, traveling compulsively and resigning from his prominent position at University of Heidelberg. During this time, their roles reversed somewhat; as Max worked toward recovery and rested at home, Marianne attended political meetings, sometimes until late at night, and published her first book in 1900: Fichtes Sozialismus und sein Verhältnis zur Marxschen Doktrin (“Fichte’s Socialism and its Relation to Marxist Doctrine“).[7]

When the Webers traveled America in 1904, Marianne met Jane Addams and Florence Kelley who were both feminists and political reformers. Three years later, she published one of her most famous works “Ehefrau und Mutter in der Rechtsentwicklung” (Wife and Mother in the Development of Law, 1907). The work was devoted to the analysis of the institution of marriage. Her conclusion was that marriage is “a complex and ongoing negotiation over power and intimacy, in which money, women’s work, and sexuality are key issues”.

After the death of Karl Weber, Marianne inherited enough money to live comfortably. She established her first intellectual salon and enjoyed a rise in status as an intellectual and scholar. In that period, she pubished “The Question of Divorce” (1909), “Authority and Autonomy in Marriage” as well as “On the Valuation of Housework” (both 1912) and “Women and Objective Culture” (1913). After the First World War started, Marianne published several works including “The New Woman” and “The Ideal of Marriage“(both 1914), “War as an Ethical Problem” (1916), “Changing Types of University Women” (1917), “The Forces Shaping Sexual Life” and “Women’s Special Cultural Tasks” (both 1919).

Delegate of The Federal State Parlament

Marianne Weber became a member of the German Democratic Party in 1918 and was the first woman elected as a delegate in the federal state parliament of Baden. One year later she assumed the role of chairwoman of the Bund Deutscher Frauenvereine (League of German Women’s Associations). After Max’s sister suddenly committed suicide, Max and Marianne had adopted her four children. Shortly after, Max Weber also died suddenly from pneumonia, which left Marianne as a widow with four children to raise. Marianne Weber withdrew from the public and devoted her time to preparing ten volumes of her husband’s writing for publication. She received an honorary doctoral degree from the University of Heidelberg. In 1926, “Max Weber: Ein Lebensbild” (Max Weber: A Biography) was published.

In 1935, Adolf Hitler dissolved the League of German Women’s Associations which put an halt at Marianne Weber’s career as a feminist public speaker. Still, Weber held her weekly salon. She continued to write during that time and published Frauen und Liebe (Women and Love, 1935) as well as “Erfülltes Leben” (Fulfilled Life, 1942).

The basis of Weber’s sociology was that of a woman in a patriarchal society. Marianne Weber’s works were mostly devoted to women in a patriarchal society. She analyzed the experiences of German women of her time, many of whom were entering the workforce for the very first time, a new exposure of women to the outside world that led to shifting gender-based power dynamics within the household. Weber’s work, especially the 1907 Wife and Mother in the Development of Law, was devoted to the analysis of the institution of marriage. Her conclusion was that marriage is “a complex and ongoing negotiation over power and intimacy, in which money, women’s work, and sexuality are key issues“. Another theme in her work was that women’s work could be used to “map and explain the construction and reproduction of the social person and the social world“. Human work creates cultural products ranging from small, daily values such as cleanliness and honesty to larger, more abstract phenomena like philosophy and language Between the two extremes lies a vast, unexplored middle territory called “the middle ground of immediate daily life”, in which women, being the caretakers, child-rearers, and everyday economic actors of the family, have a large part.