You are here: Home › art › Man Ray and The Dadaistic Art of Photography 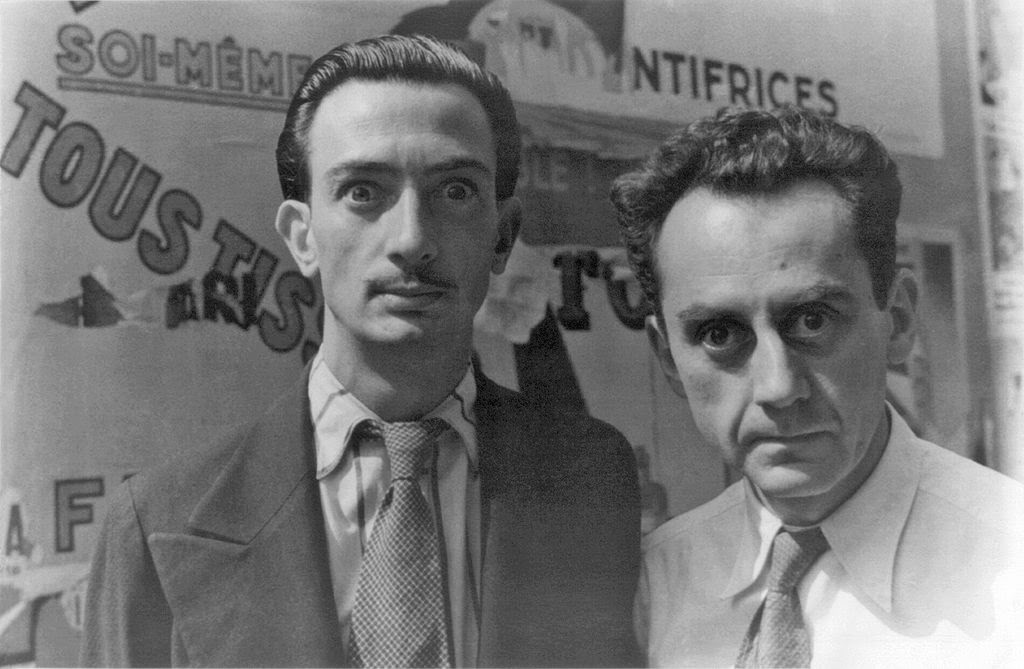 On August 27, 1890, American modernist artist and photographer Emmanuel Radnitzky was born, better known as Man Ray. A significant contributor to the Dadaist and Surrealist movement, Man Ray produced major works in a variety of media but considered himself a painter above all. He was best known for his photography, and he was a renowned fashion and portrait photographer.

“I have been accused of being a joker. But the most successful art to me involves humor.”
— Man Ray, As quoted in an interview [8]

Youth and the Decision to become an Artist

Man Ray, born as Emmanuel Radnitzky, and grew up in Brooklyn, New York. During the 1910s, the entire family changed their surname to Ray and Emmanuel also changed his first name to Man while many referred to him as ‘Manny’. His family was mostly active in tailoring and also the children, including Man Ray, where included in the business. During his years in school, Man Ray also educated himself with museum visits where he studied numerous art works. Despite the fact, that the young Man Ray was offered a scholarship to study architecture, Man Ray already chose to become an artist.

In the fall of 1911 Man Ray enrolled at the Modern School of New York’s Ferrer Center, a liberal-anarchically oriented school, where he was accepted the following year and attended evening classes in art. Thanks to the unconventional teaching methods at the Ferrer Center, he was finally able to work freely and spontaneously. The partly radical convictions of his teachers, influenced by liberal ideals, should have a decisive influence on his later artistic development, including his devotion to Dada. In his family’s apartment, he established his studio and it is believed, that he stayed there for about four years. To finance his dream, Ray became a technical illustrator in Manhattan.

In Alfred Stieglitz‘s famous “Galerie 291” he first came into contact with works by Rodin, Cézanne, Brâncuși as well as drawings and collages by Picasso and immediately felt more strongly connected to these European artists than to their American contemporaries.[4] Through Alfred Stieglitz, Man Ray quickly found access to the completely new art idea of the European avant-garde. Even though Man Ray lived in New York City, he was mostly influenced by contemporary European works and his works showed many aspects of cubism. Also, Marcel Duchamp increased his interest in the movement of figures.[5] It was above all Duchamp’s revolutionary ideas and theories that suddenly but lastingly impressed Man Ray. Duchamp and Man Ray soon became good friends.

In the spring of 1913 Man Ray left home and moved to an artists’ colony in Ridgefield, New Jersey, where he met the Belgian poet Adon Lacroix, bourgeois Donna Lecoeur; the two married in May 1913. Around 1914/15 Man Ray bought a camera to reproduce his own works. On March 31, 1915, he published an edition of The Ridgefield Gazook, an anarchic-satirical pamphlet he designed himself, which already had the main features of the later Dada magazines, and A Book of Diverse Writings with texts by Donna and illustrations by him.

Probably towards the end of 1915 Man Ray also began to experiment with such objects and slowly made the step from two-dimensional to three-dimensional art. Soon Man Ray created his first assemblages from found objects, e.g. the Self Portrait from 1916, which formed a face from two bells, a hand print and a bell button. Now Man Ray began to participate regularly in exhibitions; the collector Ferdinand Howald became aware of the up-and-coming artist and began to support him as a patron for several years.

The High Time of Dada

The artist highly increased his interest in dadaism in this period, and he began creating mechanical and photographic methods of producing images. For instance, he combined a spray-gun with pen drawing. At Marcel Duchamp’s suggestion, Man Ray very soon became intensively involved with photography and film. Together with Duchamp, whose work Man Ray documented in several photographs, numerous photo and film experiments were made in New York. Around 1920 Marcel Duchamp and Man Ray invented the art creature Rose Sélavy. The name was a play on words from “Eros c’est la vie“, Eros is life. Rose Sélavy was Duchamp himself, dressed up as a woman, who signed works under this name while Man Ray photographed him. In 1920, he founded along with Duchamp, and Katherine Dreier the Société Anonyme, which became probably the first museum of modern art in the United States.

Along with his work in the darkroom, Man Ray experimented with photograms around 1919/20. He said he had acted “completely mechanically and intuitively” when he discovered the technology. Photographing without a camera” corresponded entirely to his desire to “capture and reproduce automatically and like a machine” the metaphysics that he was already looking for in his paintings and objects. In April 1921 New York Dada was published together with Duchamp. In New York, Man Ray was now regarded as the main representative of little-noticed American Dadaism;

Starting from 1921, Man Ray made his living in Paris and he increased his overall influence in the field of photography. Unsuccessfully in painting, Man Ray decided in early 1922 to devote himself seriously to photography. Although he had made numerous portraits of Picabia, Tzara, Cocteau and many other protagonists of the Paris art scene since his arrival in Paris, he now wanted to secure portrait photography as a source of income and specifically seek clients. Famous artists like James Joyce, Gertrude Stein, Jean Cocteau, Bridget Bate Tichenor, and Antonin Artaud, posed for Man Ray and his camera. In the 1930s, surrealist artist Méret Oppenheim posed nude for Ray in a famous photography series. But, next to his ambitions in photography, the artist also directed a series of short films, which became known as Cinéma Pur.

In the early 1930s Man Ray devoted himself almost exclusively to photographic art, after once again clearly rejecting painting: “Painting is dead, over […] I only paint sometimes to completely convince myself of the futility of painting“. Rayography – he meanwhile used the term for his entire photographic œuvre – was now the same as painting for Man Ray.

Man Ray was forced to return from Paris to the United States due to the Second World War. He lived in Los Angeles from 1940 to 1951 where he focused his creative energy on painting. Man Ray returned to Paris in 1951, and settled with Juliet into a studio at 2 bis rue Ferou near the Luxembourg Gardens in St. Germain des Pres, where he continued his creative practice across mediums. During the last quarter century of his life, he returned to a number of his iconic earlier works, recreating them in new form. In the 1960s, Man Ray published his autobiography, which was again republished in 1999. He passed away in November 1976 and his wife, Juliet, organized a trust for his work and donated much of his work to museums.