You are here: Home › engineering › Land Rover and the Series to remember 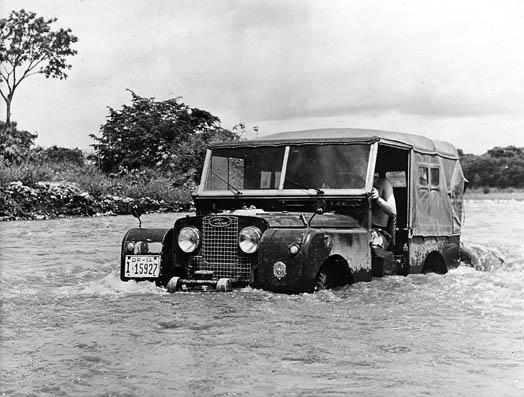 On April 30, 1948, the Land Rover Series I was officially launched at the Amsterdam Motor Show. What started out solely as a farming vehicle became an icon of the automobile industry and stayed in production for 68 years. In 1992, Land Rover claimed that 70% of all the vehicles they had built were still in use.

The Land Rover was conceived by the Rover Company in 1947 since Rover produced luxury cars that were not quite needed in the aftermath of the Second World War. So, the Land Rover was originally only designed to be in production for only about two or three years, mostly in order to increase export orders. However as soon as the car production restarted, it was greatly outsold by the off-road Land Rover which eventually developed into its own brand.

Back then, Rover’s factory was badly hit by the bombs wherefore a factory built before the war in Solihull had to be used. After plans for a small economical car were dismissed, Rover’s chief designer Maurice Wilks had the idea to create an agricultural and utility vehicle that was light and quite similar to the Willys Jeep. In fact however, the original concept of the Land Rover was quite similar to the Unimog which was then produced in Germany. In order to save on the highly rationed steel, it was further decided to create the Land Rover’s bodywork out of the Birmabright alloy. 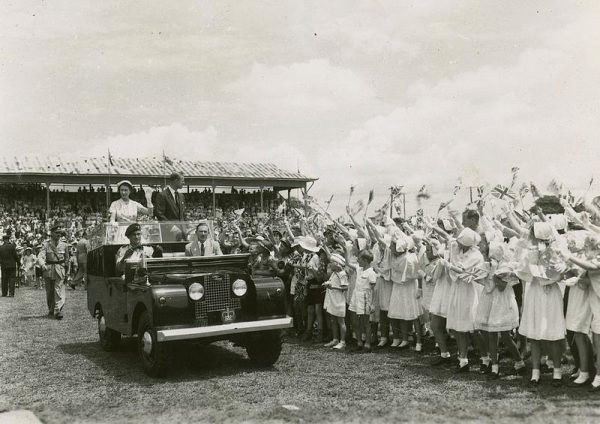 The first prototypes were developed by the end of 1947 and  the first tests were quite successful. The vehicle was able to drive farm machinery like a tractor and it was successfully tested ploughing and performing other agricultural tasks. However, during the test period, it was decided that the high emphasize on the tractor-like usage decreased wherefore further simplifications were done on the body work, a larger engine was installed along with a specially designed transfer gearbox.

The Land Rover (later named Series I) was officially announced on April 30, 1948 at the Amsterdam Motor Show. Even though the vehicle was quite successful from the start, it soon became clear that customers preferred a Land Rover‘s abilities without the spartan interiors and one year later, the Station Wagon was introduced which included wooden-framed bodywork and seated seven people. It further included leather seats, a heater, and a tin-plate spare wheel cover. Further changes on the engine and 4WD appeared in the 1950s and around that period, the Series I was also classified as a “multi-purpose vehicle” instead of a commercial vehicle.

The successor of the Series I was launched in 1958 and also a Station Wagon with a twelve-seater option was introduced. The Series III was released in 1971 and 440,000 of them were built until 1985. Already in 1983 however, the “Land Rover One Ten” was released and the “Ninety” followed one year later. In 1990 the famous Land Rover Defender was introduced. The model faced a great success and markets in Australia and even the United States were established (even though Land Rover retired its utility vehicles at the end of 1997 in the U.S.). Numerous special editions have been released and even versions with chains known from tanks were fitted to the Defender as well as a Defender-Hovercraft. The multi-purpose vehicle has proven to be highly useful for family vacations and functions just as good as military vehicle or as a firetruck, with the Defender no destination seems impossible to to reach and it evolved as a reliable exploration vehicle, even under the most difficult conditions in deserts or heavy snow. 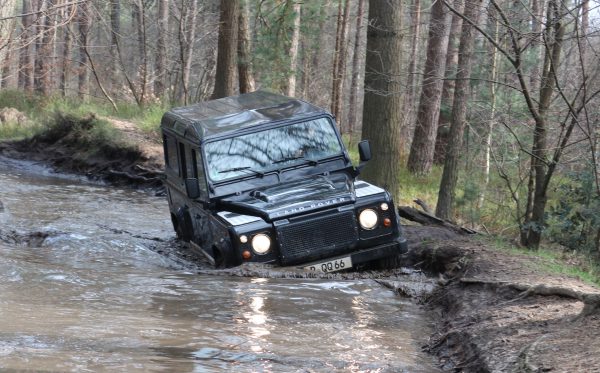 However, in comparison with contemporary vehicles, the Defender is now a car for enthusiasts of the simple way of driving, without unnecessary electronics, parking assistance, or airbags. It has the aerodynamics of a refrigerator; high speed, comfort, or a quiet interior are not important to their owners. Yet, the Defender is a car to love, and to its owners, the Defender has evolved as a unique symbol of freedom to travel anywhere in the world at anytime. It has become an icon of the automobile industry, probably also because numerous personalities are known to drive one, including Queen Elizabeth II, actor Bill Murray, Fidel Castro, or Sean Connery.

In October 2013 Land Rover announced that production would end in December 2015 after a continuous run of 67 years. Production finally ended on 29 January 2016 when the last Defender, H166 HUE, rolled off the production line.