You are here: Home › computer science › Ivan Sutherland – Well, I Didn’t Know it was Hard 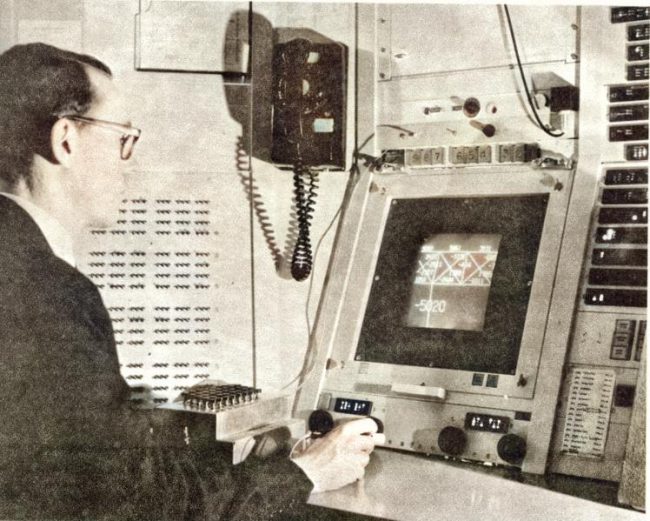 On May 16, 1938, American computer scientist and internet pioneer Ivan Sutherland was born.  Sutherland has received the Turing Award from the Association for Computing Machinery in 1988 for his invention of Sketchpad, an early predecessor to the sort of graphical user interface that has become ubiquitous in personal computers today. Sketchpad could accept constraints and specified relationships among segments and arcs, including the diameter of arcs. It could draw both horizontal and vertical lines and combine them into figures and shapes. Figures could be copied, moved, rotated, or resized, retaining their basic properties. Sketchpad also had the first window-drawing program and clipping algorithm, which allowed zooming.

When asked, “How could you possibly have done the first interactive graphics program, the first non-procedural programming language, the first object oriented software system, all in one year?” Ivan replied: “Well, I didn’t know it was hard.” (Alan Kay, Doing with Images Makes Symbols, 1987)

Ivan Sutherland was born in Hastings, Nebraska, United States. His favorite subject in high school was geometry. His first computer processing experience was with a computer called SIMON, a relay-based computer with six words of two-bit memory, which was lent to the Sutherland household in 1950 by its designer, Edmund Berkeley, one of the founders of the ACM. Its 12 bits of memory permitted SIMON to add up to 15. Sutherland’s first significant program allowed SIMON to divide.[7]

He earned his Bachelor’s degree in electrical engineering from the Carnegie Institute of Technology (now Carnegie Mellon University) in 1959, his master’s degree from the California Institute of Technology (Caltech) in 1960 , and his Ph.D. from the Massachusetts Institute of Technology (MIT) in EECS in 1963 with his dissertation, “Sketchpad: A Man-Machine Graphical Communication System,” under the direction of the information theory pioneer Claude Shannon [2]. Among others on his thesis committee were Marvin Minsky and Steven Coons.[3] Sketchpad was an innovative program that influenced alternative forms of interaction with computers. Sketchpad could accept constraints and specified relationships among segments and arcs, including the diameter of arcs. It could draw both horizontal and vertical lines and combine them into figures and shapes. Figures could be copied, moved, rotated, or resized, retaining their basic properties. Sketchpad also had the first window-drawing program and clipping algorithm, which allowed zooming. Sketchpad ran on the Lincoln TX-2 computer and influenced Douglas Engelbart‘s oN-Line System.[4] Sketchpad, in turn, was influenced by the conceptual Memex as envisioned by Vannevar Bush in his influential paper “As We May Think“.[6]

“A display connected to a digital computer gives us a chance to gain familiarity with concepts not realizable in the physical world. It is a looking glass into a mathematical wonderland.”
— Ivan Sutherland, (1965). “The Ultimate Display”. Proceedings of IFIP Congress. pp. 506–508.

The Sword of Damocles

After leaving MIT, Sutherland was commissioned as a first lieutenant in the U.S. Army and served as an electrical engineer in the National Security Agency (1963) and then as a researcher at the Defense Advanced Research Projects Agency (1964), where he initiated projects in time-sharing systems and artificial intelligence replacing J. C. R. Licklider as director of DARPA Information Processing Techniques Office (IPTO).[5] From 1965 to 1968, Sutherland was an Associate Professor of Electrical Engineering at Harvard University. Work with student Danny Cohen in 1967 led to the development of the Cohen–Sutherland computer graphics line clipping algorithm. In 1968, with the help of his student Bob Sproull, he created the first virtual reality and augmented reality head-mounted display system, named The Sword of Damocles.

In 1968 he co-founded Evans and Sutherland with his friend and colleague David C. Evans. The company has done pioneering work in the field of real-time hardware, accelerated 3D computer graphics, and printer languages. From 1968 to 1974, Sutherland was a professor at the University of Utah. Among his students there were Alan Kay, inventor of the Smalltalk language, Henri Gouraud, who devised the Gouraud shading technique, Frank Crow, who went on to develop antialiasing methods, Edwin Catmull, computer graphics scientist, co-founder of Pixar and now President of Walt Disney and Pixar Animation Studios, and Jim Clark, who designed a virtual reality system and went on to found Silicon Graphics, Netscape, and WebMD.

From 1974 to 1978 he was the Fletcher Jones Professor of Computer Science at California Institute of Technology, where he was the founding head of that school’s Computer Science Department. One area of emphasis was teaching engineers how to design integrated circuits. In 1980 he founded a consulting firm, Sutherland, Sproull and Associates, and served as its Vice President and Technical Director. It was purchased by Sun Microsystems in 1990 to form the seed of its research division, Sun Labs. Sutherland became a Fellow and Vice President at Sun Microsystems.[7] In addition to the Turing Award, Sutherland received the first U.S. National Academy of Engineering Zworykin Award (1972) and a Smithsonian Computer World Award (1996). He was elected to the U.S. National Academy of Engineering (1972) and the U.S. National Academy of Sciences (1978).[1]

Odysseys in Technology: Research and Fun, lecture by Ivan Sutherland, [9]