You are here: Home › engineering › Harvey Fletcher – the Father of Stereophonic Sound 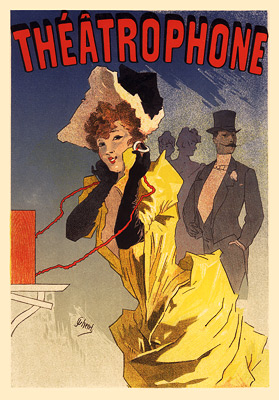 On September 11, 1884, US-american physicist Harvey Fletcher was born. Considered as the “father of stereophonic sound” he is credited with the invention of hearing aids and is well known for his contributions in acoustics, electrical engineering, speech, medicine, music, atomic physics, sound pictures, and education.

As promised by Fletcher, the scientist returned to Brigham as the chair of the university’s physics department. However, he accepted an offer made by the Western Electric Company, and moved to New York in 1916. The engineer had always shown interest in sound and was then responsible to study the fundamentals of human speech-produced sound. He managed to develop the 2-A Audiometer and continued broadly contributing to Bell’s work on sound technologies. It was Fletcher, who guided the development of the Western Electric Hearing Aid, the first device of this kind to use vacuum tubes. [2]

The History of Stereophonic Sound

The earliest precursors of stereo technology can be traced back to the French aviation pioneer and inventor Clément Ader. During the International Electricity Exhibition in 1881, he had opera performances transmitted electrically in multiple channels to a remote room, where these signals could be listened to via telephone receivers. Ader called his system “Théatrophone”. In 1925, the engineer Heinrich Kluth-Nauen developed a device that created a spatial impression from a mono signal by means of a 180° phase difference. He called it “Stereophone“. From 1930 onwards, the first sound recordings were made in the USA, in which the same performance was recorded by two microphones at different positions, and which could later be combined into stereo recordings. However, it is not known whether stereophonic reproduction was intended with these recordings or whether the intention was merely to try out different microphone positions. Alan Dower Blumlein, an electrical engineer and inventor in the research department at EMI, began experimenting in 1931 with what he called “binaural” recording techniques, initially with speech. The coincident system of two angularly offset microphones with figure-of-eight characteristics known today as the “Blumlein method” is named in his honor, but does not appear to have been invented by him. Blumlein was also instrumental in developing the cutting stylus to record binaural signals on shellac record. By early 1934, EMI’s “Abbey Road Studios” were operational with the “binaural” technology, and the first experiments with music were conducted on January 11 and 12, 1934. A few days later, on January 19, 1934, the recording of a rehearsal conducted by Sir Thomas Beecham with the London Philharmonic Orchestra was also made there on a total of nine discs.

In 1928, Fletcher was appointed director of the director of acoustical research at Bell Labs and was even promoted Director of all Physical Research about seven years later. His first demonstration of stereophonic transmission and stereophonic recording also took place in the 1930s. One of the techniques investigated was the “wall of sound“, which used an enormous array of microphones hung in a line across the front of an orchestra. Up to 80 microphones were used, and each fed a corresponding loudspeaker, placed in an identical position, in a separate listening room. Several stereophonic test recordings, using two microphones connected to two styli cutting two separate grooves on the same wax disc, were made with Leopold Stokowski and the Philadelphia Orchestra at Philadelphia’s Academy of Music in March 1932. The first (made on March 12, 1932), of Scriabin‘s Prometheus: Poem of Fire, is the earliest known surviving intentional stereo recording.

Reporting on the first presentation of “three dimensional” sound in 1934, the New York Times said that the audience was quite “mystified” and “terrified”. Also, it was stated that “Had it not been for the knowledge they were witnessing a practical scientific demonstration, the audience might have believed they were attending a spiritualist seance. Some women in the audience, admitting a feeling of ‘spookiness’ left the auditorium in fright“. Back then, his system used three separate sound channels, in contrast to the two used in modern stereo. [2,3]

Fletcher left Bell Labs at the age of 65 in order to help Columbia University develop a department on acoustics. The engineer also helped found the American Acoustical Society and became its first president. He was elected an honorary member of this Society, an honor which is only shared by Thomas A. Edison. And by the way, Edison was also one of the first to be equipped with Fletcher‘s innovative hearing aids. However, his experience differed from most of Fletcher‘s patients. Edison states that “When I used to attend these dinners I sat in silence wondering what the after-dinner speaker was saying and wishing I could hear him, but I was content to turn my thoughts toward some of my inventions. But now with the hearing aid I can hear and understand the speaker but usually find it so dull I turn it off and turn my thought to my inventions.” [1]