You are here: Home › history › Hachiko – the Most Famous Dog of Japan 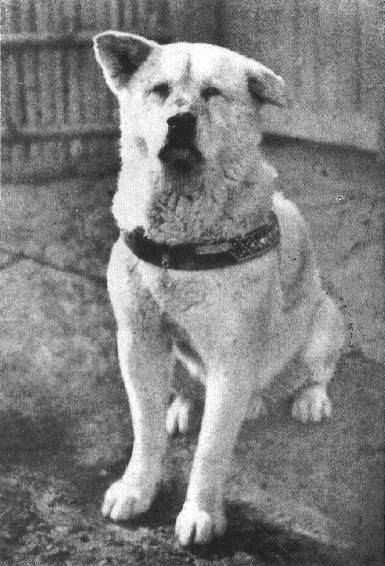 On March 8, 1935, Hachiko, a famous Japanese Akita dog passed away, remembered for his remarkable loyalty to his owner, even many years after his owner’s death.

In 1924, Hidesaburo Ueno, a professor in the agriculture department at the University of Tokyo, took in Hachiko, a golden brown Akita, as a pet. During his owner’s life, Hachiko greeted him at the end of each day at the nearby Shibuya Station. The two of them continued their routine until May 1925, when Professor Ueno could unfortunately not return. The professor passed away due to a cerebral hemorrhage, never returning to the train station where Hachiko was waiting. Each day for the next nine years, the faithful dog awaited Ueno’s return, appearing precisely when the train was due at the station.

After a while, Hachiko started to attract attention, but unfortunately, not all reactions towards the dog were friendly. But, when a newspaper article about the dog and his touching story appeared, people started showing up, bringing him treats, food, and accompanied Hachiko while waiting. But, Hachiko was not only a special dog in concerns of his special behavior. One of his owner’s students researched on the Akita breed and followed the dog home, where he learned all about his story. The student then published a documented census of Akitas in Japan. His research found only 30 purebred Akitas remaining, including Hachiko from Shibuya Station. As more articles and more and more scientific publications appeared, Hachiko became a national sensation, impressing the people of Japan with his faith and loyalty. Then, well-known Japanese artist rendered a sculpture of the dog, and throughout the country a new awareness of the Akita breed grew. After some time, Hachiko’s legendary faithfulness became a national symbol of loyalty, particularly to the person and institution of the Emperor. 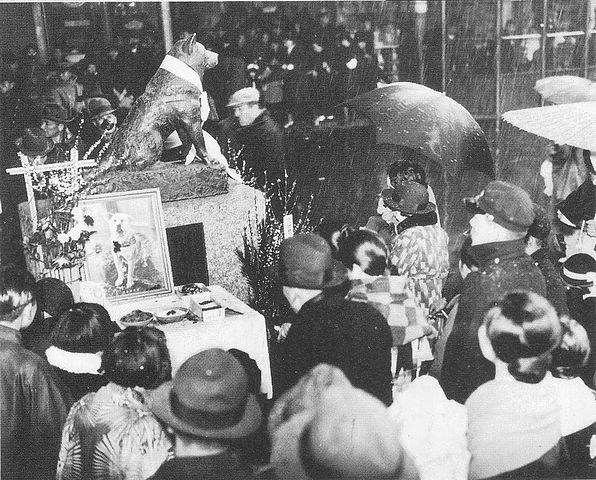 Hachiko died on March 8, 1935 due to terminal cancer and a filaria infection. His stuffed and mounted remains are kept at the National Science Museum of Japan in Ueno, Tokyo. A bronze statue in his likeness was erected at Shibuya Station and the exact spot where Hachiko waited in the train station is permanently marked with bronze paw-prints and text in Japanese explaining his loyalty. In 1987, Hachiko was the subject of a movie, which told the story of his life from his birth up until his death and imagined spiritual reunion with his master. In 2009, an American movie was released, telling the dog’s story as well and he found several ‘appearances’ in American television series.

What animals are thinking and feeling, and why it should matter | Carl Safina | TEDxMidAtlantic, [5]