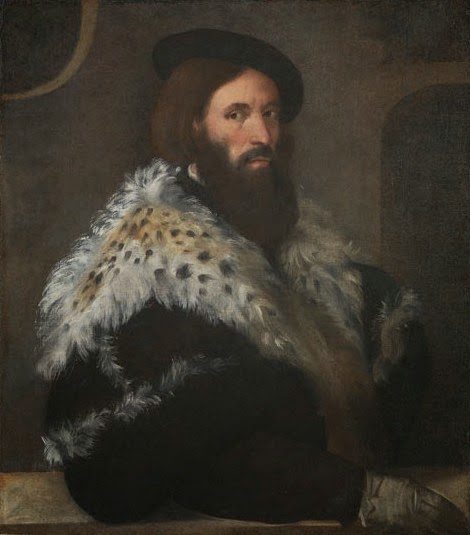 On August 6, 1553, an Italian physician, poet, and scholar in mathematics, geography and astronomy Girolamo Fracastoro passed away. Fracastoro subscribed to the philosophy of atomism, and rejected appeals to hidden causes in scientific investigation. He is known for his proposal of a scientific germ theory for how diseases are transmitted. Fracastoro’s ideas helped make unpopular public health measures more accepted, such as destroying animals, or thorough cleaning or burning of infected possessions during a plague. His ideas preceded the work of Louis Pasteur and Robert Koch by more than 3 centuries.[4,5]

“[Contagion] passes from one thing to another, and is originally caused by infection of the imperceptible particle.”
– Hieronymi Fracastorii De Contagione Et Contagiosis Morbis Et Eorum Curatione, Libri III (1546)

A Poem on Syphilis

Girolamo Fracastoro was born in Verona and was able to study in Padua literature, mathematics, astronomy, philosophy, and medicine. In Padua, he became a lecturer of logic and later conciliarius anatomicus. He was elected to the College of Physi­cians in 1505, but moved to Incaffi, above Bardolino on the eastern shore of Lake Garda, after a plague outbreak. There, Fracastoro started working on his famous poem Syphilis [1] and in 1546, he wrote De contagione et contagiosis morbis et eorum curatione libri tres (The three books on contagion, contagious diseases and their cure), which highly increased his fame as a figure in the history of medicine [2].

The Origin of Syphilis

The exact origin of syphilis is not clear, even on this day. The name for syphilis is derived from Fracastoro’s 1530 epic poem in three books, Syphilis sive morbus gallicus (“Syphilis or The French Disease“, 1530), about a shepherd boy named Syphilus who insulted Greek god Apollo and was punished by that god with a horrible disease. The poem suggests using mercury and “guaiaco” as a cure. Fracastoro however, believed in contrast to contemporary scientists, that the disease had existed previously but had been forgotten. Many believed that syphilis had been brought back from the Americas by Columbus, had been spread throughout Spain and France, and had been brought to Italy with the invasion of Charles VIII in 1494. Fracastoro assumed that syphilis resurfaced be­cause of certain astrological conditions. In his opinion, the disease was spread by some kind of ‘seed’ in the air, which many historians believe to be a forerunner or germ theory. According to Fracastoro, the body is made up of numerous invisible particles that are passed in contagion, corrupting the new body. He distinguishes three different types of contagion. Contagion by direct contact, through the air, and by carriers such as soiled clothing and linen. He decided, that syphilis belonged to the second category and explained that the ‘seeds’ originated in the air, entered the body, germinated, and became ready for contagion. Fracastoro furtherly asumed that the use of cold, drying-out medicines guaiacum might cure the disease [1]. 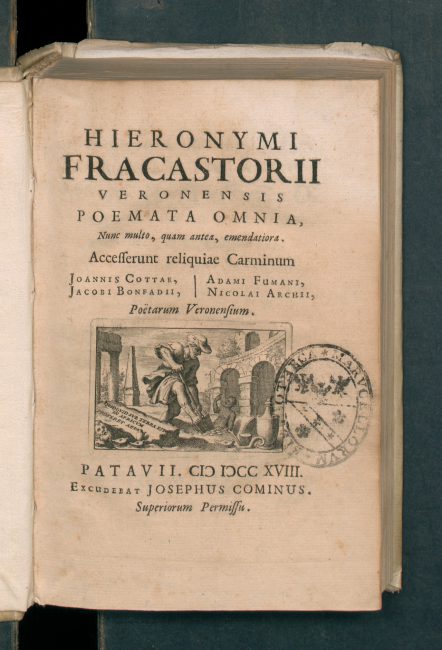 Fracastoro’s Theory on Transmission of Syphilis

Fracastoro’s explanation of the transmission of syphilis and further contagious diseases was seen as a pioneering perspective in microbiology. Although microorganisms had been mentioned as a possible cause of disease by the Roman scholar Marcus Varro in the 1st century BC, Fracastoro’s was the first scientific statement of the true nature of contagion, infection, disease germs, and modes of disease transmission. Fracastoro’s theory was widely praised during his time, but its influence decrea, and it fell into general disrepute until an experimental version was later elaborated by German physician Robert Koch and French chemist Louis Pasteur [4,5].

Fracastoro made friends with Bishop Gian Matteo Giberti of Verona (1495-1543), who appointed him to his academy, the Gibertina, and appointed him his personal physician. He treated both his distinguished guests and poor people. His quiet and free life was interrupted in 1545 by his appointment as official doctor of the Council of Trent. Fracastoro’s council seems to have been decisively responsible for the fact that the council was moved to Bologna in 1547, when a typhoid epidemic broke out in Trento. Fracastoro maintained contacts with leading scholars and poets of his time. So he met Conrad Gesner;[6] Ariosto asked him to critically review Orlando Furioso;[7] Matteo Bandello sent him his tale of the tragic deaths of two unhappy lovers, which served Shakespeare as a model for Romeo and Juliet. His death came as a surprise. Fracastoro died in August 1553 from a stroke at his country estate in Incaffi.