You are here: Home › art › The Great George Méliès and his Voyage to the Moon 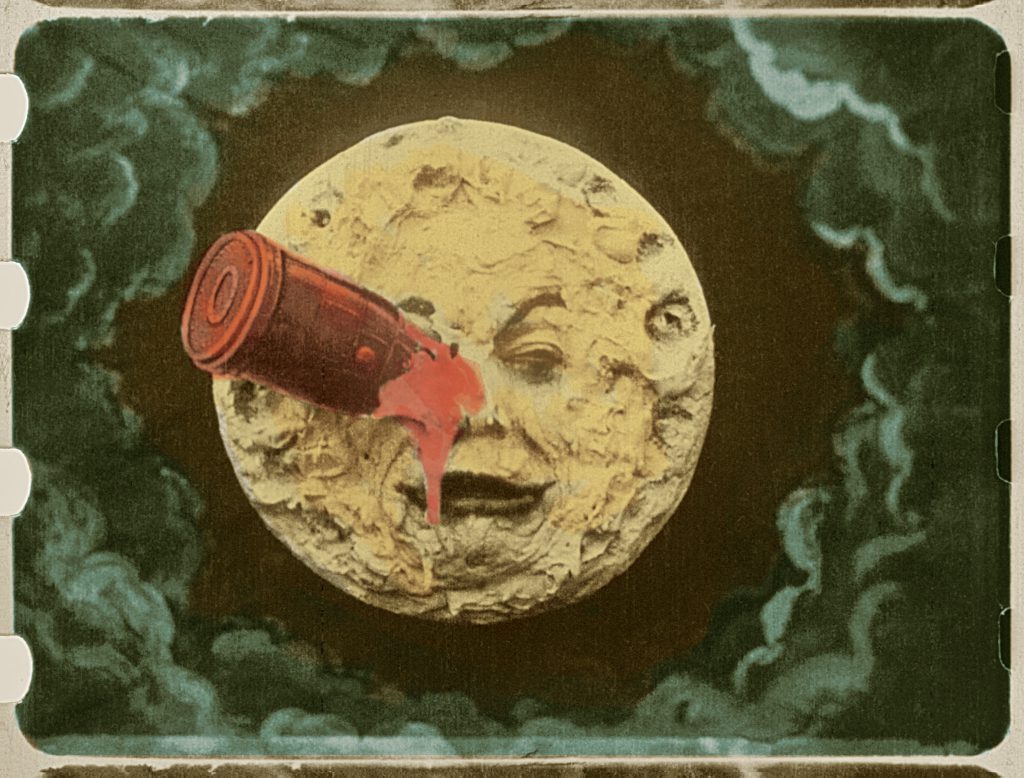 George Méliès always had the desire to do something creative and innovative. As a young school boy, he could receive a formal education in private schools due to the wealth of his parents, who owned a boot factory. During his lessons, he attracted attention through his drawings and sketches, and in his leisure time he often built cardboard puppets and later marionettes. Unfortunately, his father did not welcome his creative efforts as he had wished and therefore, Méliès had to join the family business after school and military service. However, he never stopped being passionate about stages, magic and painting. To his first influences belongs Jean Eugène Robert-Houdin, a famous illusionist, whose theater he later bought and improved. He used the theater to invent numerous illusions and effects while staring on stage or later acting behind the scenes.

In his mid-30’s, Méliès began his career in front and behind the camera in the brand new movie business. In his movies, lasting up to 40 minutes, he used the tricks and illusions from his theater and was later known as a famous artist whose filmmaking effects were very innovative and refreshing to the audience. He purchased an animatograph for his theater and could show his and other movies to a growing number of visitors. In 1896 he founded his first film company and even built his own studio. He was at first not focusing on specific genres but later his fairy stories became the most famous ones. Unimaginable to today’s directors, he produced 78 movies in 1896 and more than 50 in the following year. 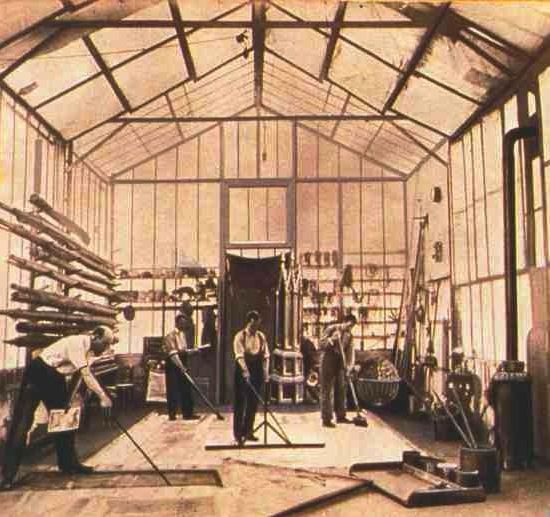 A Trip to the Moon

The movie ‘A Trip to the Moon‘ caused Méliès to finally set foot in the international film business. It was his most expensive production so far exceeding a budget of 10,000 Francs, took almost 30 days of production time and included his many famous effects including the illusion of people changing in size.According to Méliès’s recollections, much of the unusual cost of A Trip to the Moon was due to the mechanically operated scenery and the Selenite costumes in particular, which were made for the film using cardboard and canvas. George Méliès himself sculpted prototypes for the heads, feet, and kneecap pieces in terracotta, and then created plaster molds for them. A specialist in mask-making used these molds to produce cardboard versions for the actors to wear.  And who thinks that movie pirating is a new phenomenon may be proven wrong. Carl Laemmle and other directors, mostly from America stole copies of this sensational movie and distributed them illegally to pile a huge amount of money for themselves.

The movie was shot at 16 frames per second (today’s usual frame rate is 25 frames per second) and depicts the first science fiction movie, because of its many effects and animations.When A Trip to the Moon was made, film actors performed anonymously and no credits were given; the practice of supplying opening and closing credits in films was a later innovation. When asked in 1930 what inspired him for A Trip to the Moon, Méliès credited Jules Verne‘s novels From the Earth to the Moon (1865) and Around the Moon (1870).[7] Cinema historians, the mid-20th-century French writer Georges Sadoul first among them, have frequently suggested H. G. Wells‘s The First Men in the Moon (1901), a French translation of which was published a few months before Méliès made the film, as another likely influence. The story describes astronomer’s travel to the moon and their experiences. For instance, they meet the goddess of the Moon, discover enormous mushrooms and fight against aliens, who are living there. 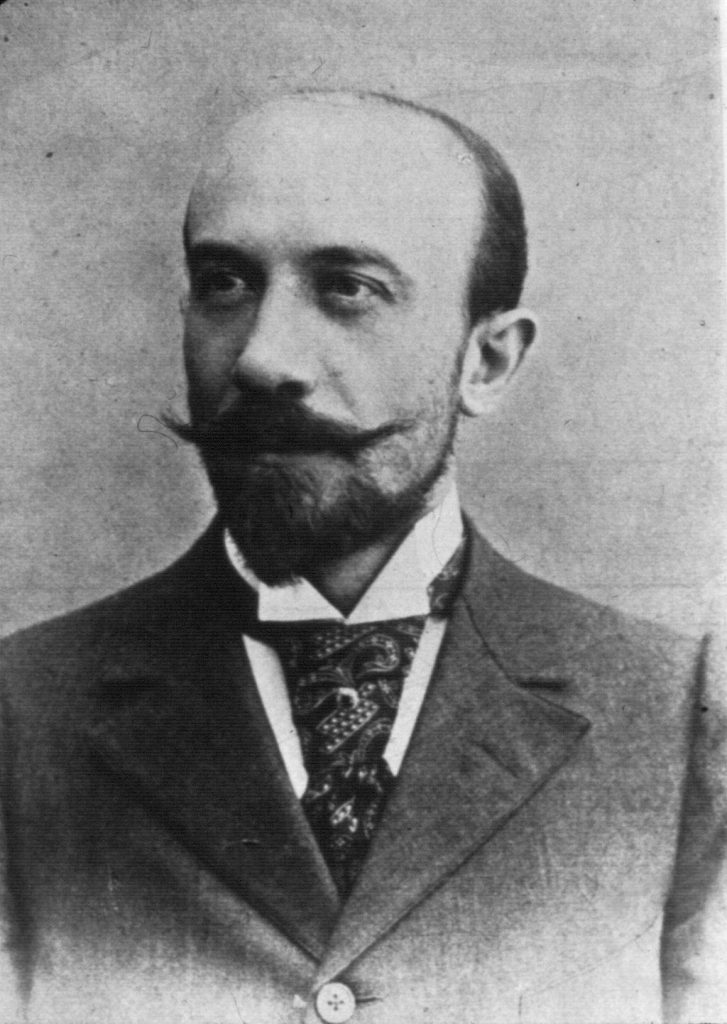 According to George Méliès’s memoirs, his initial attempts to sell A Trip to the Moon to French fairground exhibitors met with failure because of the film’s unusually high price. Finally, Méliès offered to let one such exhibitor borrow a print of the film to screen for free. The applause from the very first showing was so enthusiastic that fairgoers kept the theater packed until midnight. The exhibitor bought the film immediately, and when he was reminded of his initial reluctance he even offered to add 200 Francs to compensate “for [Méliès’s] inconvenience.” The film was a pronounced success in France, running uninterrupted at the Olympia music hall in Paris for several months.

The pictures from A Trip to the Moon have been quoted over and over again in the last hundred years. The man in the moon appears in Baz Luhrmann‘s film Moulin Rouge. Original scenes from A trip to the Moon are used in the music video “Heaven for Everyone” by Queen (1995). The video “Tonight, Tonight” by the Smashing Pumpkins (1996) is stylistically based on this. One episode of Tom Hanks‘ television series From the Earth to the Moon is dedicated to the production of the film and juxtaposes Méliès’ visions with the last manned moon landing of Apollo 17. Martin Scorsese‘s film Hugo Cabret takes up the story of Georges Méliès and shows some original film scenes.