You are here: Home › medical science › Fritz Schaudinn and the ‘French Disease’ 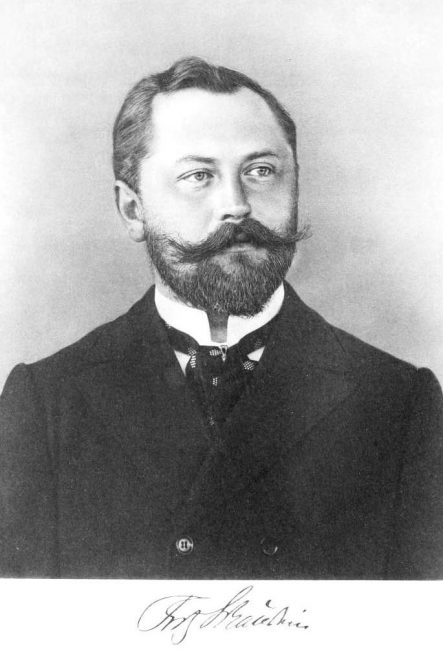 The Origin of Syphilis

The origin of syphilis is not very clear, but it is assumed that it was present in the Americas before European contact. Many historical scientists assume, that the illness was carried to Europe by the returning crewmen from Christopher Columbus‘s voyage. Others dispute, that syphilis was already present in Europe by then but stayed unrecognized until Columbus’ return. The first known cases of syphilis in Europe were recorded around 1495 in Italy and were spread by the French troops during a French invasion. Therefore, the illness was named the “French Disease“.

The word syphilis first appeared in 1530 in the title of a poem by the Veronese physician Girolamo Fracastoro (1483-1553), called Syphilis, sive Morbus Gallicus (Syphilis, or the French disease) which tells the story of the shepherd Syphilus, who was punished for blasphemy with a new disease, syphilis. The name Syphilus is the Latinized form of the ancient Greek name Σύφιλος Sýphilos, which can be translated as “pigs loving”. Fracastoro probably borrowed the name Syphilus from ancient mythology. With Ovid the second son of Niobe is called Sipylus. Why he chose this name is unknown.

Born in Röseningken, East Prussia, Schaudinn visited the grammar schools in Insterburg and Gumbinnen. After one year he gave up his intention to study philology at the Friedrich-Wilhelms-University in Berlin and turned to the natural sciences, especially zoology, in 1890. Already during his studies, zoologist Franz Eilhard Schulze inspired Schaudinn to investigate protozoa in particular. Many protozoan species are symbionts, some are predators of soil bacteria and algae, and some are parasites that may cause diseases like Malaria, Toxoplasmosis or Dysentery. Schaudin’s dissertation deals with the reproduction of foraminifera. In March 1894, he received his Ph.D. in Berlin and was appointed assistant professor at the Institute of Zoology at Berlin University.

About four years later, the young scientist took part in an expedition to the Arctic Ocean along with Fritz Römer. As a result of the scientific expedition, Schaudinn published the work ‘Fauna Arctica‘, a detailed description of the Arctic wildlife. After this achievement, Schaudinn was announced the director of the Malaria research station in Rovinj, Istria, since Germany intended to expand research on tropical diseases. The relationship between insect bites and malaria was already known and Schaudinn seemed to be the first to detect the exact process of malaria infestation of blood cells under the microscope. Even though several achievements considering the Malaria disease by Schaudinn were wrong from today’s perspective, they were accepted for several decades and counted as an important influence on the control of the illness. Under Schaudinn’s leadership, several campaigns fighting Malaria were initiated and the treatment of many numerous people was made possible.

In 1905, now a highly respected scientist, Schaudinn was commissioned to examine the findings of zoologist John Siegel, as Schaudinn a student of Schulze, who reported that he identified a flagged protozoe as the pathogen of syphilis, which he called Cytorhyctes luis. He had already described similar pathogens for smallpox, foot-and-mouth disease and scarlet fever. In cooperation with the dermatologist Erich Hoffmann from Berlin, Schaudinn discovered the real pathogen on March 3, 1905 after a few days of intensive work on the microscope. However, medical professionals in Germany initially did not believe his findings, partly because many physicians did not accept the zoologist Schaudinn. Outside Germany, however, the findings quickly gained acceptance and were repeatedly confirmed. 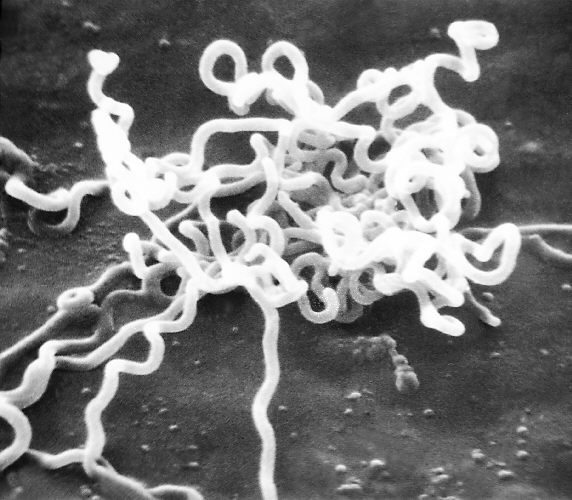 The first effective treatment for syphilis was developed in 1910 by the physician and scientist Paul Ehrlich. In addition, Schaudinn found that Entamoeba histolytica is the pathogen of amoeba dysentery, and also studied the non-hazardous intestinal flora. Shortly before his untimely death he gave up his position at the Imperial Health Office and changed to the Hamburg Institute for Ship and Tropical Diseases in 1906.

Schaudinn died during his journey back to Germany from an International Medicine Meeting in Lisbon, when he underwent an urgent surgery aboard due to gastrointestinal amebian abscesses. Such amebian infection had probably been voluntarily acquired when he did research on amoebas. Schaudinn was a little under 35 years of age when he died in Hamburg on June 22, 1906.