You are here: Home › medical science › Ephraim McDowell – the Father of Abdominal Surgery 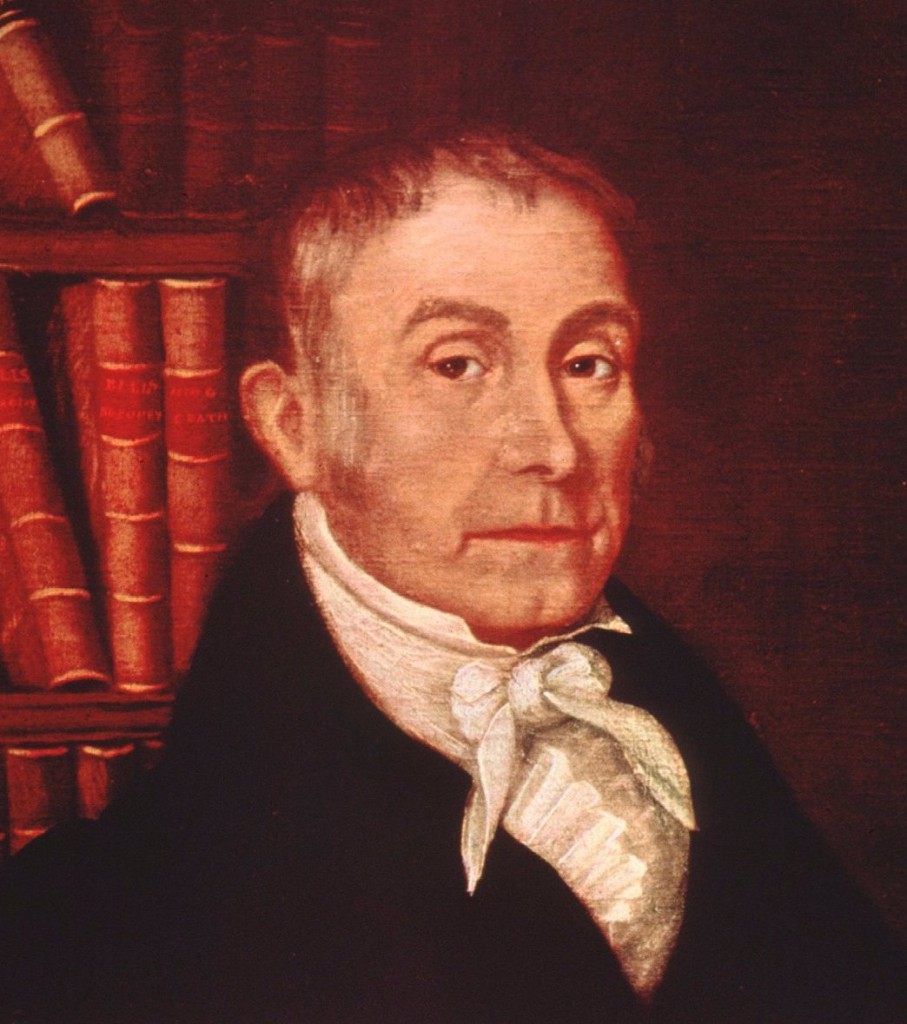 On Nov 11, 1771, American physician and pioneer surgeon Ephraim McDowell was born. The first person to successfully remove an ovarian tumor, he has been called “the father of ovariotomy” as well as founding father of abdominal surgery.

Ephraim McDowell was born in Rockbridge County, Virginia, the ninth child of Samuel and Mary McDowell. His father was a veteran of the French and Indian War and a colonel during the American Revolution. He moved to Kentucky in his childhood because his father was appointed land commissioner in Danville in 1784. Ephraim McDowell received his early education at the classical seminary of Worley and James, then spent three years as a medical student under Dr. Alexander Humphreys in Virginia. McDowell attended lectures in medicine at Edinburgh and also studied privately with John Bell in the 1790s. Even though he never received an actual diploma, University of Maryland conferred on him an honorary M.D. degree in 1825.

Around 1795, McDowell returned from Scotland and settled in Kentucky, where he started to practice as a surgeon. Back then, McDowell showed much effort in his community and became a founder, original corporator, and member of the primary board of trustees of Centre College in Danville. In 1802, McDowell married Sarah Shelby, daughter of war hero and two-time Kentucky governor Isaac Shelby.

The Case of Jane Todd Crawford

In 1809, Ephraim McDowell was called to see Jane Todd Crawford in Green Country, Kentucky, almost 100km from his home in Danville. While her physicians thought that the woman was beyond term pregnant, McDowell managed to diagnose an ovarian tumor. He proceeded to explain his patient that a surgery in her condition had never been performed before to his understanding and the community agreed that a surgery like this was probably impossible. However, Mrs. Crawford still wanted to proceed, even after McDowell told her she had to travel all the way to Danville on horseback for the operation.

The surgery took place on Christmas morning 1809 and was performed without benefit of anesthetic or antisepsis. The removed tumor weighed more than 10 kg and the whole procedure took about half an hour. The patient made an uncomplicated recovery and was able to return home within the next month. The procedure became famous as the world’s first known successful removal of an ovarian tumor. McDowell later published his surgery report and it became clear how carefully and meticulous he worked, describing the removal of blood from the peritoneal cavity and bathing the intestines with warm water. McDowell did not publish a description of his procedure until 1817, after he had performed two more such operations. It is assumed that he performed at least twelve operations for ovarian pathology.

McDowell was also a founder, original corporator, and member of the primary board of trustees of Centre College in Danville. McDowell became a member of the Philadelphia Medical Society in 1817. In June 1830, McDowell was stricken with an acute attack of violent pain, nausea, and fever. He died on June 25, 1830, most likely a victim of appendicitis, at age 59.