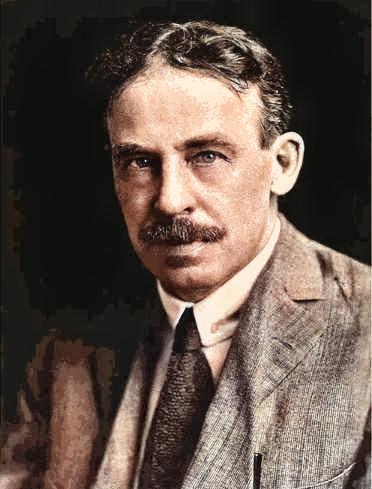 On March 19, 1865, American entomologist William Morton Wheeler was born. Wheeler published extensively on the classification, structure and behaviour of ants, on which he was a recognized world authority. Wheeler also wrote on problems of embryology, evolution, parasitism and the social life of animals in general.

“But if the ants are not despondent because they have failed to produce a new social invention or convention in 65 million years, why should we be discouraged because some of our institutions and castes have not been able to evolve a new idea in the past fifty centuries?”
― William Morton Wheeler

William Morton Wheeler was born to parents Julius Morton Wheeler and Caroline Georgiana Wheeler (née Anderson) in Milwaukee, Wisconsin. He was sent to a local German academy known for its discipline during his school years due to his bad behavior and after completing his courses there, Wheeler attended a German normal school. Wheeler learned philosophy, science as well as several languages including French, German, Greek, Latin, Italian, and Spanish. It is also believed that William Morton Wheeler was interested in natural history from early age and visited the institution’s museum of natural frequently.

In 1884, Wheeler was acquainted with Henry August Ward, proprietor of the Ward’s Natural Science Establishment. Ward brought a collection of stuffed and skeletonized mammals, birds and reptiles, and also a series of marine invertebrates to the academy in order to persuade the city to purchase it and integrate the collection at the academy. William Morton Wheeler became a volunteer to unpack and install the specimens and Ward offered Wheeler a job in his Rochester, New York establishment. Wheeler first identified and arranged the collection of shells, echinoderms, and sponges, as well as preparing catalogues and price lists of these specimens for publication.

William Morton Wheeler became a high school teacher for German and physiology in 1885. Back then, George Peckham was the school’s principal and both began collaborating scientifically. Wheeler illustrated Peckham’s work on palpi and epigynes of spiders, i.e. the external genital structure of female spiders, assisted Peckham and his wife with their field work on wasps.

In the following years, Wheeler began studying insect embryology and became a custodian at Milwaukee Public Museum. William Morton Wheeler earned his doctorate in 1892 with his dissertation titled “Contribution to Insect Embryology“. Wheeler further published several papers on insects and became instructor in embryology at the University of Chicago in 1892. He should held this position until 1897, where he became the assistant professor in his chosen field. Before starting at the university however, Wheeler further studied at the Zoological Institute at the University of Wiirzburg and the Naples Zoological Station. In Naples and Liege, Belgium, Wheeler studied the sex life of Myzostoma, a genus of marine worms, which are which are parasitic on crinoids. 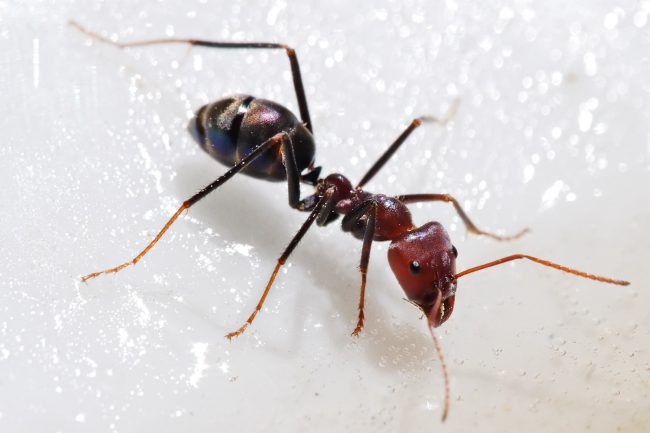 Before Wheeler began focusing his work on ants, he returned to Chicago and was occupied as a teacher of embryology, still publishing papers of which about half were on insects. At the University of Texas, Wheeler was appointed professor in zoology and also began to become enthusiastic about the behavior and classification of ants. In 1903, Wheeler moved to New York City to accept a position as Curator of Invertebrate Zoology” at the American Museum of Natural History. Wheeler published his first major book on ants in 1915.[5] William Morton Wheeler’s reputation especially increased through his work Ants of the American Museum Congo Expedition, for which he was awarded the Daniel Giraud Elliot Medal from the National Academy of Sciences in 1922. He was further appointed professor of applied biology at Harvard University’s Bussey Institute.

Wheeler led the Harvard Australian Expedition (1931–1932) on behalf of the Harvard Museum of Comparative Zoology, a six-man venture sent for the dual purpose of procuring specimens – the museum being “weak in Australian animals and…desires[ing] to complete its series” – and to engage in “the study of the animals of the region when alive.” The mission was success with over 300 mammal and thousands of insect specimens returning to the United States.