You are here: Home › photography › Real Fantasies – The Photography of Edward Steichen 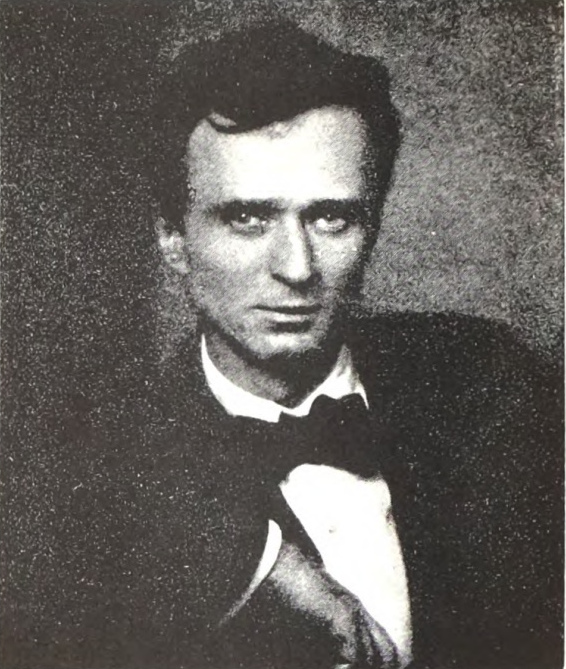 On March 27, 1879, Luxembourgish American photographer, painter and curator Edward Jean Steichen was born. His were the photographs that most frequently appeared in Alfred Stieglitz‘s groundbreaking magazine Camera Work during its publication from 1903 to 1917.[1]

“When I devoted myself to photography, it was my desire to see it recognized as art. Today I wouldn’t give a damn for that goal. The photographer’s job is to explain people to people and help them to self-knowledge.”
– Edward Steichen

Éduard Jean Steichen was born in Bivange, Luxembourg, the son of Jean-Pierre and Marie Kemp Steichen. The father Jean-Pierre Steichen first immigrated to the United States in 1880, where he found work in a copper mine, and Marie Steichen brought Éduard along, once Jean-Pierre had settled in Hancock in Michigan’s Upper Peninsula copper country. At age 10, Éduard’s father incapacitated by poor health moved together with the family to Milwaukee in 1889. In 1894, Steichen began attending Pio Nono College, a Catholic boys’ high school, where his artistic talents were first noticed. He quit high school to begin a four-year lithography apprenticeship with the American Fine Art Company of Milwaukee. After hours, he would sketch and draw, and he began to teach himself painting. In 1895 he discovered photography and bought his first camera, a secondhand Kodak box “detective” camera. Steichen and his friends who were also interested in drawing and photography pooled together their funds, rented a small room in a Milwaukee office building, and began calling themselves the Milwaukee Art Students League. In 1900 Steichen became a U.S. citizen as Edward J. Steichen. 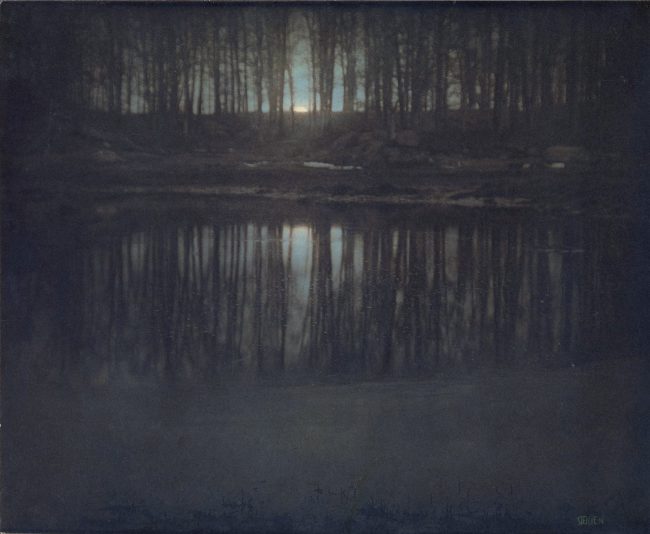 Introduced by Clarence H. White, Steichen met Alfred Stieglitz, one of the leaders of photography’s fine-art movement in the United States.  Steichen, who was en route to Paris from his home in Milwaukee, met Stieglitz in New York City in 1900, where Stieglitz expressed praise for Steichen’s background in painting and bought three of Steichen’s photographic prints to encourage the young artist. In 1902, when Stieglitz was formulating what would become Camera Work, he asked Steichen to design the logo for the magazine with a custom typeface. Steichen became the most frequently shown photographer in the new journal. In 1904, Steichen began experimenting with color photography. 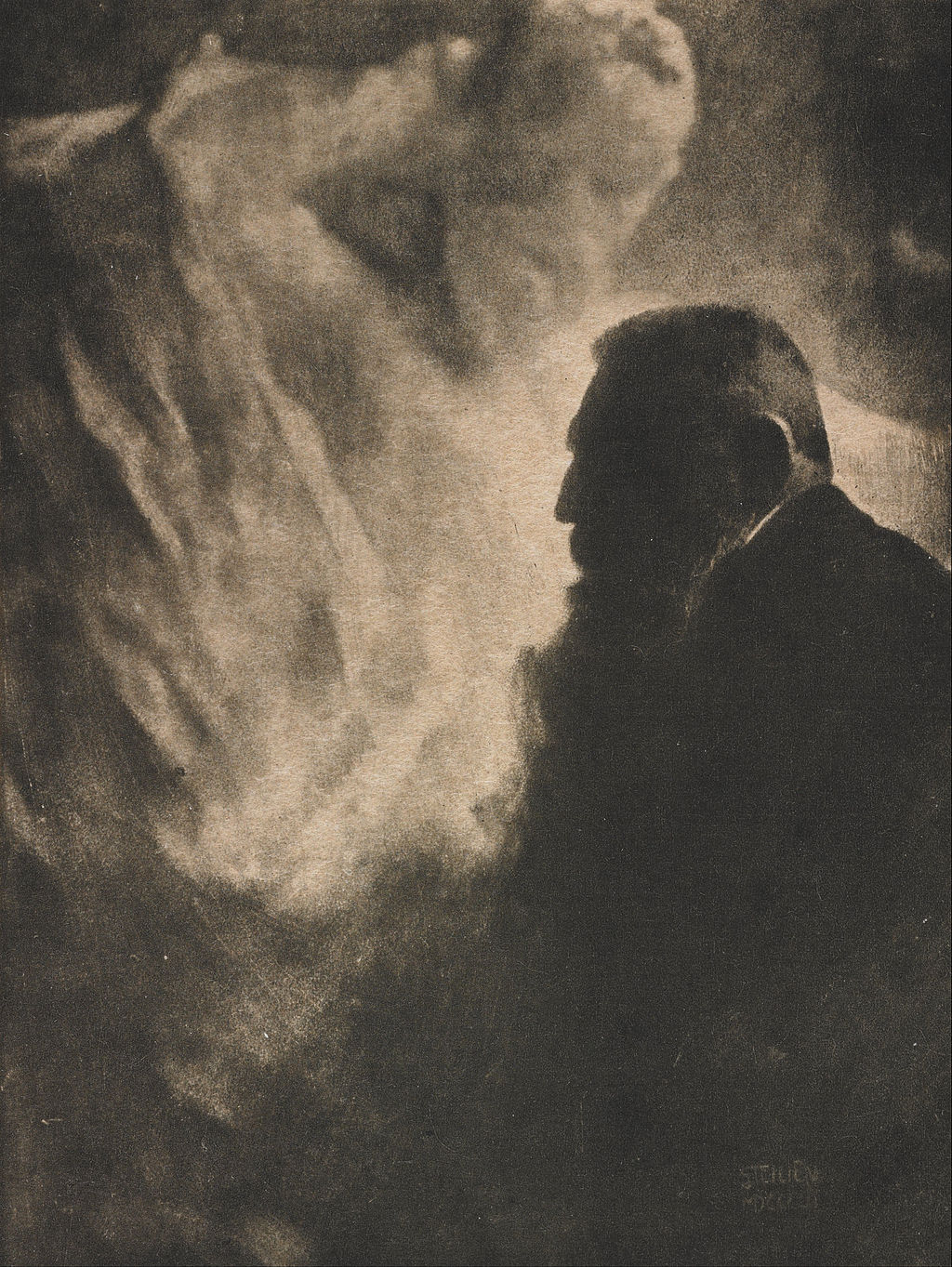 Steichen became a member of the Photo-Secession and one of the most important representatives of pictorialism. The aim of the style was not to create a mere image of the motif that would capture a moment in reality, but to achieve a symbolic representation of states of mind or fundamental values. The declared aim of pictorialism was to establish photography as a full-fledged means of artistic expression. Stylistically, the focus was initially on naturalism in painting, but then also on impressionism and symbolism. With Stieglitz he opened his own art gallery Little Galleries of the Photo-Secession or “291” (after her address: 291 Fifth Avenue) in New York in 1905.

The Birth of Fashion Photography

During the First World War, during which he commanded the photographic division of the American Expeditionary Forces, he turned away from the style of pictorialism and devoted himself to war photography. Later he worked for the fashion magazines Vanity Fair and Vogue. In the first decade of the 20th century, advances in halftone printing allowed fashion photographs to be used in magazines. Fashion photography made its first appearance in French and American magazines such as La mode pratique and Harper’s Bazaar. In 1909, Condé Nast took over Vogue magazine and also contributed to the beginnings of fashion photography. In 1911, Edward Steichen was “dared” by Lucien Vogel, the publisher of Jardin des Modes and La Gazette du Bon Ton, to promote fashion as a fine art by the use of photography. Steichen then took photos of gowns designed by couturier Paul Poiret. These photographs were published in the April 1911 issue of the magazine Art et Décoration. As Steichen gradually reverted to straight photography for his fashion photography and was hired by Condé Nast in 1923 for the extraordinary salary of $35,000. He photographed celebrities like Greta Garbo, Marlene Dietrich, but also Thomas Mann and J. P. Morgan. 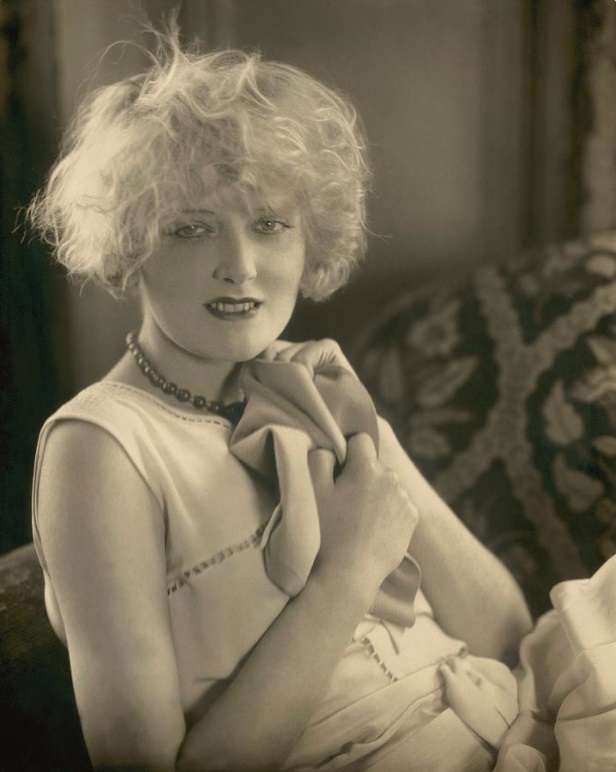 During World War II he was head of the photography department of the US Navy and from 1947 to 1962 he was director of the photography department of the New York Museum of Modern Art (MoMA). His appointment was protested by many who saw him as anti art photography, one of the most vocal being Ansel Adams who on April 29, 1946, wrote a letter to Stephen Clark to express his disappointment over Steichen’s hiring for the new position of director.[7] Nevertheless, Ansel Adams’ image Moonrise, Hernandez, New Mexico was first published in U.S. Camera Annual 1943, after being selected by Steichen, who was serving as judge for the publication. This gave Moonrise an audience before its first formal exhibition at the Museum of Modern Art in 1944. 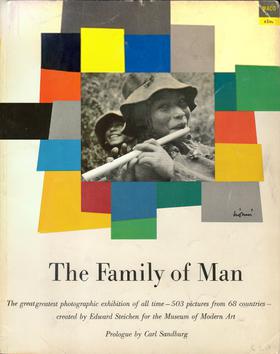 Softcover book catalogue of The Family of Man, designed by Leo Lionni, Piper photo by Eugene Harris. First issued for $1.00 in 1955 by Ridge Press, 4 million have sold and it is still in print.

The Family of Man

Edward Steichen’s magnum opus is the photo exhibition The Family of Man, which he put together for MoMA in the early 1950s. After the experience of the war, it was intended to help create a better world. The power of love and humanity was to overcome hatred, violence, and destruction. The photographs in the exhibition focused on the commonalities that bind people and cultures around the world, the exhibition serving as an expression of humanism in the decade following World War II. The exhibition became a phenomenal success with the public. Steichen and his collaborators Wayne and Joane Miller initially selected ten thousand photographs from over two million photographs; his collaborator, civil rights activist Dorothy Norman, contributed accompanying text quotes from world literature as well as contemporary documents. Finally, 503 photographs by 273 photographers from 68 countries were included in the exhibition.[14] The exhibition was visited by more than ten million people worldwide and has been part of the World Document Heritage since 2003. Some critics (including Roland Barthes), however, criticized Steichen’s efforts as naive and mendacious. Since 1994 The Family of Man has been on permanent display at the Château de Clervaux (Luxembourg).[11] 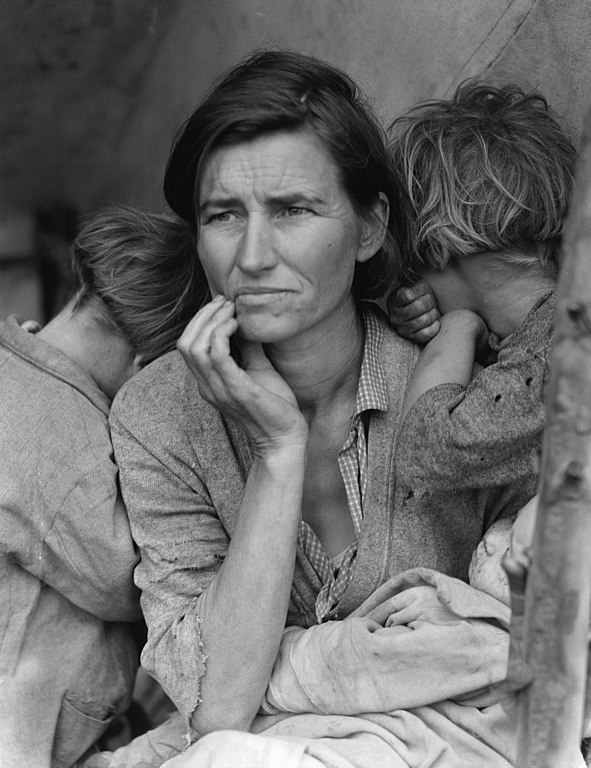 On December 6, 1963, Steichen was presented with the Presidential Medal of Freedom by U.S. President Lyndon B. Johnson. In 1968 the Edward Steichen Archive was established in MoMA’s Department of Photography. Steichen’s 90th birthday was marked with a dinner gathering of photographers, editors, writers, and museum professionals at the Plaza Hotel in 1969. Steichen had bought a farm that he called Umpawaug in 1928, just outside West Redding, Connecticut. He lived there until his death on March 25, 1973, two days before his 94th birthday. On February 14, 2006, one of a total of three existing enlargements of Edward Steichen’s photograph The Pond – Moonlight (1904) was auctioned at Sotheby’s, New York City for $2.928 million.[12] This was the highest auction price for a photograph to date – until March 2007, when an unknown bidder paid $3.3 million for the work 99 cent II, Diptych by Andreas Gursky.