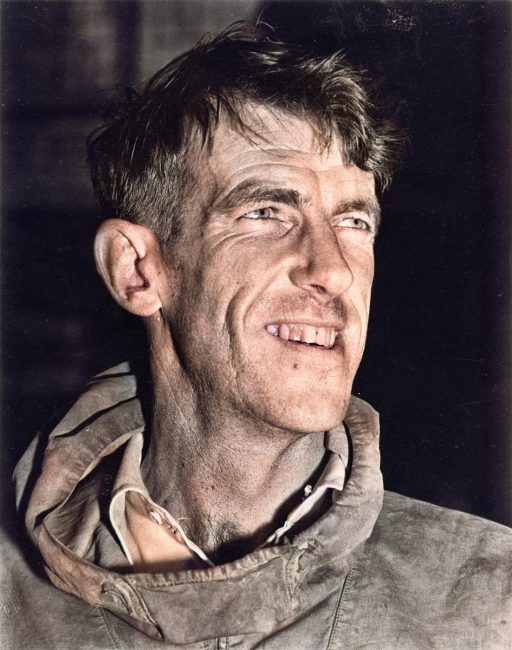 On July 20, 1919, New Zealand mountaineer, explorer, and philanthropist Sir Edmund Percival “Ed” Hillary was born. Hillary and Nepalese Sherpa mountaineer Tenzing Norgay became the first climbers confirmed to have reached the summit of Mount Everest. As part of the Commonwealth Trans-Antarctic Expedition he reached the South Pole overland in 1958. He subsequently reached the North Pole, making him the first person to reach both poles and summit Everest. Following his ascent of Everest, Hillary devoted most of his life to helping the Sherpa people of Nepal through the Himalayan Trust, which he founded. Moreover, Hillary probably is the best-known New Zealander ever to have lived.

“You don’t have to be a fantastic hero to do certain things – to compete. You can be just an ordinary chap, sufficiently motivated to reach challenging goals.”
— Sir Edmund Hillary

Edmund Hillary was born in Auckland, New Zealand, to Percival Augustus Hillary, a barkeeper, and his wife Gertrude. His grandparents were early settlers in northern Wairoa in the mid-19th century, having emigrated from Yorkshire, England. He studied mathematics and science at the Auckland University College and in 1939 completed his first major climb, reaching the summit of Mount Ollivier, near Aoraki/Mount Cook in the Southern Alps. After military service in World War II, he resumed climbing and became determined to scale Everest.[1]

Climbing the Highest Peak of the Works

In 1948, Harry Ayres, along with Mick Sullivan, led Hillary and Ruth Adams up the south ridge of Aoraki / Mount Cook, New Zealand’s highest peak. In 1951 he joined a New Zealand party to the central Himalayas and later that year participated in a British reconnaissance expedition of the southern flank of Everest. He was subsequently invited to join the team of mountaineers planning to climb the peak.[1] The route to Everest was closed by Chinese-controlled Tibet, and Nepal allowed only one expedition per year. A Swiss expedition had attempted to reach the summit in 1952, but was turned back from the summit by bad weather. The well-organized British expedition was launched in the spring of 1953, and a high camp from which to mount attempts at the summit was established by mid-May. After a pair of climbers failed to reach the top on May 27, Hillary and Tenzing Norgay set out for it early on May 29; by late morning they were standing on the summit.[1] Knighted by Queen Elizabeth II, Sir Edmund became both an international celebrity and a local hero.[3]

Hillary climbed ten other peaks in the Himalayas on further visits in 1956, 1960–1961, and 1963–1965. He also reached the South Pole as part of the Commonwealth Trans-Antarctic Expedition, for which he led the New Zealand section, on 4 January 1958. His party was the first to reach the Pole overland since Amundsen in 1911 and Scott in 1912, and the first ever to do so using motor vehicles. In 1977, he led a jetboat expedition, titled “Ocean to Sky”, from the mouth of the Ganges River to its source. His autobiography, Nothing Venture, Nothing Win, was published in 1975.

Hillary never anticipated the acclaim that would follow the historic ascent. In 1985 appointed NZ High Commissioner to India, Nepal and Bangladesh Hillary spent 4½ years based in New Delhi, while still working in the Everest region. He has completed over 27 schools, two hospitals, 12 medical clinics, a reforestation programme in the Sagarmatha (Everest) National Park, plus numerous bridges and fresh water pipelines. All projects have been in response to requests from Sherpa people, and carried out with their assistance.[3] This dedication to the Sherpas lasted into his later years and was recognized in 2003, when, as part of the observance of the 50th anniversary of his and Tenzing’s climb, he was made an honorary citizen of Nepal.[1] An Honorary Member or Patron of many organisations and Honorary President of the Explorers Club (New York), Hillary has received nine Honorary Doctorates and written eight books including: “East of Everest” (with George Lowe); “Schoolhouse in the Clouds” and “Two Generations” (with Peter Hillary).

Mountaineering events, especially on Mount Everest, were commented on by Hillary in the media. He flagellated the ascent commerce developing on Everest in the early 1990s, which led to series of deaths in 1996 and again in 2006, especially high on the mountain in the death zone, because unsuitable people with too high an ambition were brought to the mountain as customers by commercial Everest expedition organizers. Most recently, in May 2006, he spoke negatively about a handicapped New Zealander who climbed Everest and, on his ascent high up in the death zone, had left an almost frozen Englishman lying in his bed who died shortly afterwards. Hillary publicly described the continuation of the rise and the failure to help as an outgrowth of extreme ambition and lamented the loss of the mountaineering virtue of comradeship in rampant commerce, selfishness, and over-ambitiousness. Hillary is considered a national legend in New Zealand and had a high reputation in sporting matters. However, it has also been criticised internationally for statements that have been partly judged to be unthoughtful.