You are here: Home › history › The Assassination of Thomas Becket 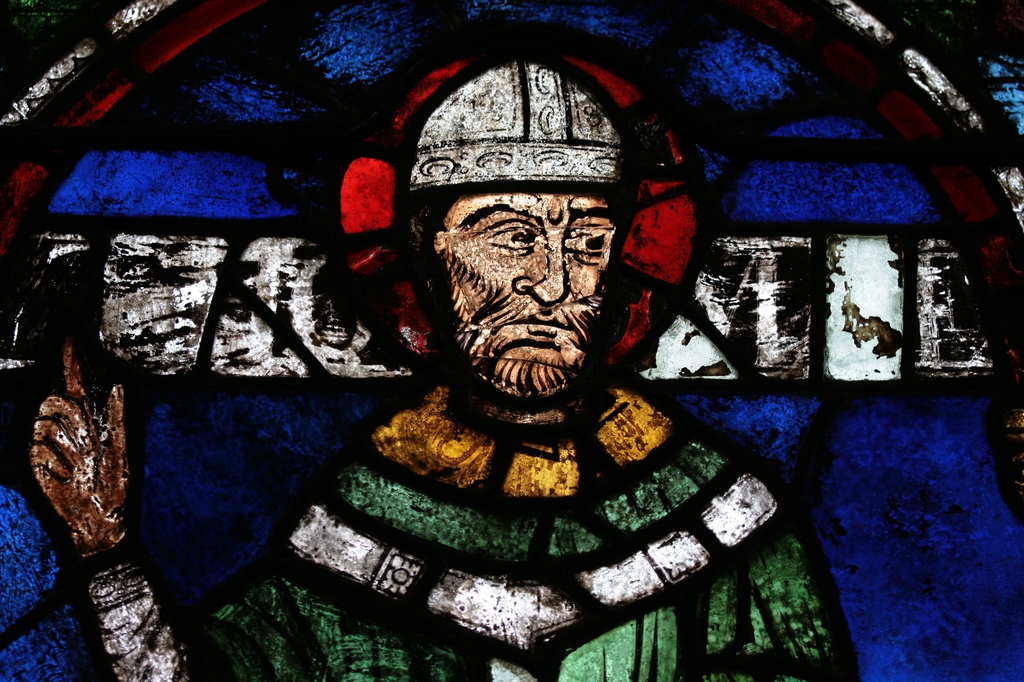 On December 29, 1170 AD, Thomas Becket, Archbishop of Canterbury, who engaged in conflict with Henry II of England over the rights and privileges of the Church, was assassinated by followers of the King in Canterbury Cathedral. The very last hours of Thomas Becket’s life are the reason why we remember him at all. If the four knights sent for his assassination had not completed their bloody work as he defied their master King Henry II to the last, Becket might have been only slightly better known than his predecessor Theobald.

Thomas Becket was born about 1118 or in 1120 in Cheapside, London, on 21 December, which was the feast day of the Apostle St Thomas as son of Gilbert Becket and his wife Matilda. Gilbert’s father was from Thierville in the lordship of Brionne in Normandy, and was either a small landowner or a petty knight. Gilbert began his life as a textile merchant, but later on became a property-owner, living on the rental income from his properties. At age 10 Becket was sent as a student to Merton Priory in England and later attended a grammar school in London. After finishing his education in England, France and Italy, Thomas Becket joined the staff of Theobald, the Archbishop of Canterbury. Theobald entrusted him with several important missions to Rome and also sent him to Bologna and Auxerre to study canon law. In 1154 Thomas Becket was named Archdeacon of Canterbury by Theobald.

When Henry II became king of England in the same year, he asked Archbishop Theobald for advice on choosing his government ministers. Thereby, on the suggestion of Theobald, Henry appointed Thomas Becket as his chancellor. The position as lord chancellor was rather important as it involved the distribution of royal charters, writs and letters. The king and Becket soon became close friends, while Becket carried out many tasks for Henry II including leading the English army into battle. The relationship between the monarch and the Lord Chancellor was considered exceptional by many contemporaries. Many contemporaries said that they both shared a heart and a mind.

When Theobald died in 1162, Henry chose Becket as his next Archbishop of Canterbury. The decision angered many of the leading clergymen. They argued that Becket had never been a priest, had a reputation as a cruel military commander and was rather materialistic. Moreover they feared that as Becket was a close friend to Henry II, he would not be an independent leader of the church. His friend King Henry II considered this development to be a tactically good move. But Thomas and Henry II had already had different opinions about the church and its rights. Thomas had once openly told the king that if he were Archbishop of Canterbury, he would be forced to oppose him. On August 10, 1162, Thomas Becket received from envoys the Pallium awarded by Pope Alexander III in Rome, a badge of office for the Metropolitans of the Church. Thereupon he resigned the office of Lord Chancellor against the will of the king and only took care of his new task as archbishop.

After being appointed Thomas Becket began to show a concern for the poor. Instead of wearing expensive clothes, Becket now wore a simple monastic habit. As a penance for previous sins he slept on a cold stone floor, wore a tight-fitting hairshirt that was infested with fleas and was whipped daily by his monks. Thomas Becket soon came into conflict with Roger of Clare. Becket argued that some of the manors in Kent should come under the control of the Archbishop of Canterbury. Roger disagreed and refused to give up this land. Becket sent a messenger to see Roger with a letter asking for a meeting. Roger responded by forcing the messenger to eat the letter.

In Opposition to the King

In 1163 Becket opposed his friend and King Henry II in a matter of taxation, acting as the champion of the people. He also maintained vigorously all the prerogatives of the Church, in spite of the King’s anger and hostility. In 1064 Henry caused the Constitutions of Clarendon to be drawn up, embodying, as the King asserted, the ancient customs and laws of the country, but Becket refused to abide by them, declaring them contrary to canon law. The archbishop firmly resisted the King’s authority whenever it conflicted with what he held to be the rights of the Church. Henry was determined to humble his former friend the archbishop, and under various pretexts mulcted him in large sums of money. Finally, when Becket, driven to desperation appealed to the Pope, he was declared a traitor and compelled to flee secretly from England, on November 2, 1164, to France, where he remained for the next six years.

Flight to France and Return to England

Henry confiscated Becket’s property and was threatened by him with excommunication and interdict. Finally, in 1170, after the King’s son had been crowned by the Archbishop of York, in direct opposition not only to custom and law, but also to the commands of Becket and the Pope, Henry felt obliged to make terms. Becket, anxious to return to England, was promised the restoration of all his confiscated property. Becket landed in England on December 1, 1170, and immediately the struggle between the two former friends, the king and the archbishop, broke out anew. Becket refused to absolve the bishops who had taken part in the coronation, because, after having disobeyed the Pope, they were unwilling to swear to obey in the future.

Finally, on December 29, 1170, four knights went to Canterbury to demand, in the name of the King, the absolution of the bishops. Becket refused and the knights withdrew from the cathedral transept where they were, only to return with an armed following. Becket forbade his attendants to lock the doors, saying, “God’s house must be closed against no man.” There, by the altar, he was murdered, declaring, “For the name of Jesus and for the defense of the Church I am ready to embrace death.“

According to the eyewitness Edward Grim, the knights who had invaded with drawn swords first tried to bring Becket out of the cathedral, either to murder him directly outside the church or to take him away as a prisoner. But they were so angered by Becket’s blaming words that they immediately killed him. Reginald Fitzurse was the first to strike Becket’s head with his sword, then William de Tracy and Richard Brito struck with targeted blows. The anointed, tonsurized skull, which identified Becket as a cleric and a clear sign of his status, was destroyed. The symbolic goal of the attack was thus also the privileges such as the legal immunity of the clergy, which had once triggered years of dispute.

Three years after his death the Pope made Thomas Becket  a saint in 1173. This is probably due in particular to the intervention of Duchess Mathilde, the wife of Henry the Lion, with Pope Alexander III. Mathilde was a daughter of Henry II of England and certainly knew Thomas Becket personally. The intervention followed an about-turn in the relationship between the Angevin royal family of the Plantagenets and Becket. Since Henry II praised Thomas Becket as his personal patron saint during his penitential visit to Canterbury in 1174, the veneration of the saint has been established everywhere and propagated with pictures.

The story of Thomas Becket is also subject of T. S. Eliot‘s play Murder in the Cathedral and Jean Anouilh‘s play Becket, which was made into a movie with the same title. Moreover, the struggle between Church’s and King’s power is the main theme of Ken Follett‘s novel The Pillars of the Earth, of which one of the last scenes features the murder of Thomas Becket.