You are here: Home › psychology › Alfred Adler and the Individual Psychology 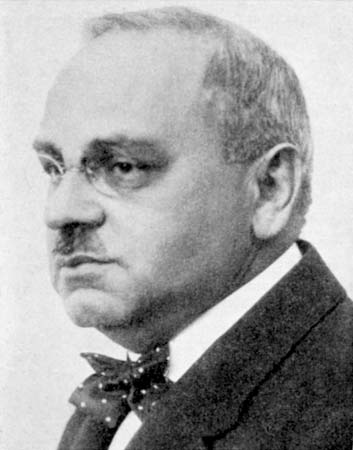 On February 7, 1870, Austrian psychiatrist and ophthalmologist Alfred W. Adler was born. He is best known for being the founder of the school of individual psychology. Alfred Adler considered human beings as an individual whole, therefore he called his psychology “Individual Psychology“. Moreover, Adler also was the first to emphasize the importance of the social element in the re-adjustment process of the individual and who carried psychiatry into the community.

“The striving for significance, this sense of yearning, always points out to us that all psychological phenomena contain a movement that starts from a feeling of inferiority and reach upward. The theory of Individual Psychology of psychological compensation states that the stronger the feeling of inferiority, the higher the goal for personal power.”
– Alfred Adler (1923)[12]

Alfred Adler was born in Rudolfsheim, in the suburbs of Vienna, as third of the seven children of a Hungarian-born, Jewish grain merchant and his wife. At the age of four, Alfred developed pneumonia and heard a doctor say to his father, “Your boy is lost“. At that point, he decided to become a physician. He was very interested in the subjects of psychology, sociology as well as philosophy. After studying at University of Vienna, he recieived a medical degree in 1895. First he specialized as an eye doctor, and later in neurology and psychiatry. He established his office across from the Prater, the famous e amusement park and circus in the lower class part of Vienna. Most his clients were circus performers. He studied their unusual strengths and weaknesses, and this gave him insights on his organ inferiority theory.

In 1902 Adler received an invitation from Sigmund Freud [4] to join an informal discussion group, the “Wednesday Society” (Mittwochsgesellschaft), which met regularly on Wednesday evenings at Freud’s home and was the beginning of the psychoanalytic movement. A long-serving member of the group, in 1910 Adler became president of the Vienna Psychoanalytic Society. He remained a member of the Society until 1911, when he and a group of his supporters formally disengaged from Freud’s circle, the first of the great dissenters from orthodox psychoanalysis, preceding Carl Jung’s [5] split in 1914. This departure suited both Freud and Adler, since they had grown to dislike each other.

“Individual psychology sees its task in the fact that its teachings (…) go beyond the limits of treatment and individual education, that they become prophylaxis and world view. Under the spell of the cosmos, imprisoned on this not overabundant earth’s crust, linked by the weakness of its organism, even more by its belonging to the community in language, reason, ethics, aesthetics and eroticism, life forces man to answer questions that are inevitably developed. (…) His courage, optimism and trained efficiency are necessary answers to a real need, which also maintains a constant feeling of inferiority as the essential content of his soul life”.
– Alfred Adler (1926) [6]

While Adler is often referred to as a “a pupil of Freud’s“, in fact this was never true; they were colleagues. Adler founded the Society for Individual Psychology in 1912 after his break from the psychoanalytic movement. Their enmity aside, Adler retained a lifelong admiration for Freud’s ideas on dreams and credited him with creating a scientific approach to their clinical utilization. Nevertheless, even regarding dream interpretation, Adler had his own theoretical and clinical approach. The primary differences between Adler and Freud centered on Adler’s contention that the social realm (exteriority) is as important to psychology as is the internal realm (interiority). The dynamics of power and compensation extend beyond sexuality, and gender and politics can be as important as libido. Freud also did not share Adler’s socialist beliefs.

An Independent School of Psychotherapy

Adler enjoyed considerable success and celebrity in building an independent school of psychotherapy and a unique personality theory. He traveled and lectured for a period of 25 years promoting his socially oriented approach. His intent was to build a movement that would rival, even supplant, others in psychology by arguing for the holistic integrity of psychological well-being with that of social equality. Adler’s efforts were halted by World War I, during which he served as a doctor with the Austrian Army. From 1921 onwards, Adler was a frequent lecturer in Europe and the United States, becoming a visiting professor at Columbia University in 1927.

Adler was concerned with the overcoming of the superiority/inferiority dynamic and was one of the first psychotherapists to discard the analytic couch in favor of two chairs. This allows the clinician and patient to sit together more or less as equals. Adler argued for holism, viewing the individual holistically rather than reductively, the latter being the dominant lens for viewing human psychology. Adler was also among the first in psychology to argue in favor of feminism, and the female analyst, making the case that power dynamics between men and women are crucial to understanding human psychology.

In the early 1930s, after most of Adler’s Austrian clinics had been closed due to his Jewish heritage, Adler left Austria for a professorship at the Long Island College of Medicine in the USA. He had held a visiting professorship at Columbia University since 1926 and at Long Island College since 1932. In 1937, Adler went on a lecture tour and suffered a fatal heart attack in Aberdeen, Scotland at the age of 67. The sudden death of Alfred Adler dealt a severe blow to individual psychology, particularly in Germany and Austria in the 1930s. Adler’s students were persecuted by the new rulers. The flourishing depth psychology had to leave its centre in German-speaking Europe and continue its work of psychological enlightenment in other parts of the world. The dictatorships and the Second World War also had a lasting impact on the development of psychological science as a whole.

Mental and Social Well Being

As a practicing physician and as an active participant in Sigmund Freud’s novel psychoanalytic discussion groups, Adler discovered that in every expression of human life, physical and mental processes are always jointly effective and form an indivisible unit (individual). This discovery forms the basis of psychosomatics today. In observing organ inferiorities, Adler found that body and psyche have a tendency to compensate for them in some way. Adler found this situation of inferiority or inferiority in the psychic area especially in the three life tasks work – love – community (infant, sibling row, school, job, marriage, exam situations etc.). It triggers in humans an emotional state that Adler called inferiority. Similar to the compensation of organ inferiority, the human psyche strives to overcome this state of inferiority by what Adler called a striving for recognition. According to Adler, how well man is able to overcome such challenges in life depends primarily on how he was able to overcome the first inferiority situation, his helplessness as an infant. Adler noted that this positive drive in the process of growth and development forms the basis for the educability of the human being, because in this situation he is absolutely dependent on the help of his relationship persons.

Around the world there are various organizations promoting Adler’s orientation towards mental and social well-being. These include the International Committee of Adlerian Summer Schools and Institutes (ICASSI), the North American Society for Adlerian Psychology (NASAP) and the International Association for Individual Psychology. Teaching institutes and programs exist in Austria, Canada, England, Germany, Greece, Israel, Italy, Japan, Latvia, Switzerland, the United States, Jamaica, Peru, and Wales. Adler left behind many theories and practices that very much influenced the world of psychiatry. Today these concepts are known as Adlerian psychology.