You are here: Home › literature › Entangled in his own Legend – Karl May’s Fantastic Adventures 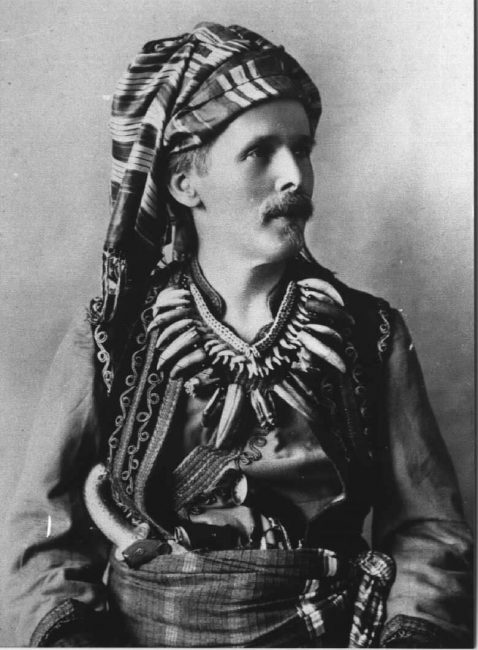 On February 25, 1842, German writer of adventure novels Karl May was born. He is probably best known for his novels set in the American Old West with their main protagonists Winnetou and Old Shatterhand. Likewise he wrote similar popular adventures set in the Orient and Middle East in which the main protagonists were Kara Ben Nemsi and Hadschi Halef Omar. Being an efficient author and salesman, he often staged himself as one of his protagonists and sold his stories as apparently autobiographical. Many of his works were adapted for film, stage, audio dramas and comics. Later in his career, May turned to philosophical and spiritual genres. In Germany, Karl May‘s stories have similar popularity as e.g. Jules Verne‘s adventure stories for the French,[7] or Emilio Salgari‘s narratives for Italians[6]. Personally, as a child I stopped reading Karl May after two of his books and switched to science fiction. But I remember friends of mine who have read at least twenty or thirty of his books.

Born in Saxony – and seven years in Prison

Karl May was born as the fifth among thirteen siblings of a poor family of weavers in Ernstthal, Schönburgische Rezessherrschaften in Kingdom of Saxony. During his school years, he received tuition in music and composition. Financial straits precluded studies at a university. In 1856, May commenced teacher training for elementary school in Waldenburg but in 1859 was expelled for stealing six candles. After an appeal, he was allowed to continue in Plauen. Shortly after graduation, when his room mate accused him of stealing a watch, May was jailed in Chemnitz for six weeks and his license to teach was permanently revoked. After this, May worked with little success as a private tutor, an author of tales, a composer and a public speaker. For four years, from 1865 to 1869, May was jailed in the workhouse at Osterstein Castle, Zwickau. With good behavior, May became an administrator of the prison library which gave him the chance to read widely. He made a list of the works he planned to write. All in all, he spent more than seven years in prison.

After his release in May 1874, May returned to his parents’ home in Ernstthal and began to write. In 1875, he became editor of a couple of weekly journals in Dresden, Germany, and on the side wrote and published his own stories, which were duly serialized in a number of periodicals. Again, and pointedly, he read extensively and acquired useful knowledge in numerous fields. Quitting his editor’s job in 1878, he felt equipped to climb to success as a writer of exotic tales which showed their author, as first-person narrator, identical with his hero, apparently writing from vast personal experience. In 1882, May began the first of five large colportage novels. One of these was Das Waldröschen (1882–1884). From 1879, May was also published in Deutscher Hausschatz (“German Treasure House“), a Catholic weekly journal from the press of Friedrich Pustet in Regensburg.

By the 1890s, Karl May, through his tales of Winnetou on the one hand and (alleged) ‘reminiscences of travels in the Ottoman Empire‘ on the other hand, soared to fame. He was on the road to becoming a bestselling fiction writer. Having written over 70 books, Winnetou is the best known of his works. It was published in three volumes between 1876 and 1893. The story revolves around the unconventional friendship of Old Shatterhand, an American pioneer of German descent, and Winnetou, a noble Red Indian chief. Old Shatterhand is the blood brother of Winnetou, the fictional chief of the Mescalero tribe of the Apache. May himself maintained that he experienced all the adventures in person, even though in fact he did not visit America until after he wrote most of his well-known Western stories, and never traveled west of Buffalo, NY. May attached the prefix Old to the names of several of his characters, considering it to be typically American and a sign of the characters’ great experience. In the stories, Old Shatterhand is given the name as he was able to knock his opponents unconscious with a single punch from his fist aimed at the head (specifically the temple). 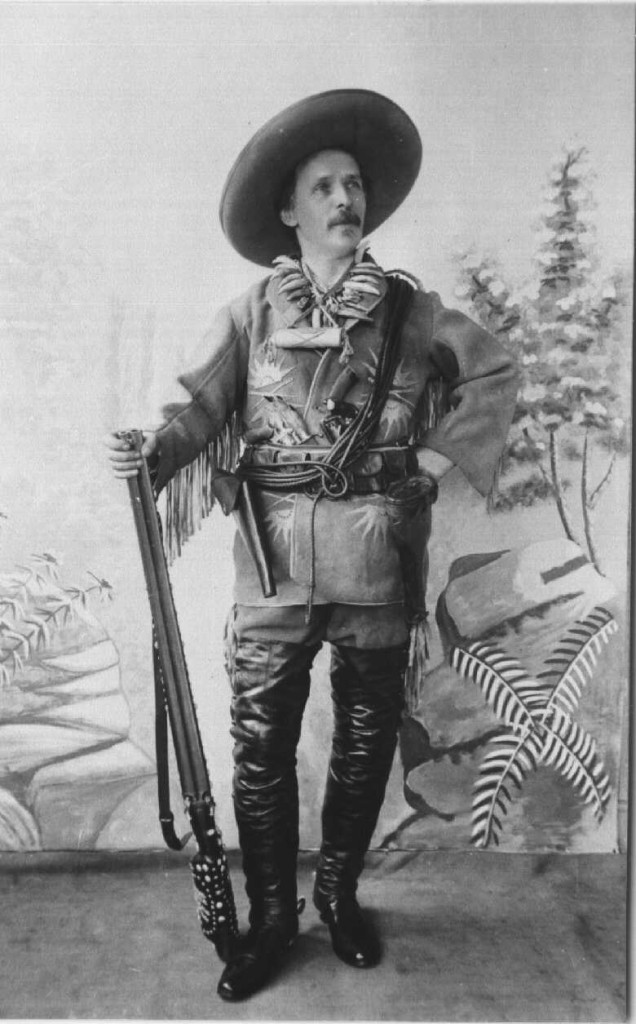 Karl May disguised as Old Shatterhand

His other storyline presents Kara Ben Nemsi, like Old Shatterhand an alter ego of the author, since everything was written from first person perspective. Kara Ben Nemsi travels throughout the Ottoman empire, alongside his friend and servant Hadschi Halef Omar. Without ever leaving the saddle of his fabulous black horse Rih (it means “wind” in Arabic), Kara Ben Nemsi single-handedly fights off droves of thieves and crooks left and right. On night-long rides through bleak and barren lands, he never wavered in sharing his long-winded religious musings with unenlightened natives and readers alike.

The Romantic Desire for a Simpler Life

Karl May’s Winnetou novels symbolize, to some extent, a romantic desire for a simpler life in close contact with nature. In fact, the popularity of the series is due in large part to the ability of the stories to tantalize fantasies many Europeans had and have for this more untamed environment. Only once did May actually visit those wild, faraway countries where he had so fearlessly traveled from the safety of his desk. In 1899, he took a ship from Genoa to Port Said in Egypt, aiming to finally see the Orient. By the time, he was 57, one of Germany’s most famous authors and a rather rich man. The trip was a disaster. May couldn’t tolerate the foreign food, and he was distressed by the stench, the noise and ubiquitous filth.

Weaving his own Legend

It is true to say that Karl May became increasingly entangled in his own legend, claiming to have a doctorate he had never actually earned and making increasingly bold claims that he could speak “about 1,200 languages and dialects” and was considered “by the apaches to be Winnetou’s successor and commander of 35,000 warriors”. Ever since, May has – for better or for worse – been seen as a kind of Walter Mitty: to some he was an ingenious storyteller, to others an brazen fraud.[5]

The Situation gets Worse

Upon his return, he faced ill winds: May found the market strewn with unlicensed new publications of some older novels of his, previously published under a pseudonym for financial reasons. These novels were shown to bristle with moral indecencies – a capital sin in Wilhelminian Germany. May desperately enlisted legal aid to save his name from blemish. Promptly, malevolent, unscrupulous antagonists unmasked him as a fraud who had actually experienced the heroic acts claimed in his books, who illegaly made use of a doctoral degree and, worse, as a former jailbird. Karl May was publicly branded.[1]

“I have made mistakes, big mistakes in my life. But who can truly judge me? Only artists, musicians, sculptors, poets, writers, and critics – princes in the realm of the spirit. This kind of criticism can find fault with me, but it will not regard me as the enemy.” (From his last public lecture in Vienna, 1912)[4]

In 1908, Karl May and his wife Klara for the first time in his life spent six weeks in North America travelling through Albany, New York, Buffalo, New York, the Niagara Falls and Lawrence, Massachusetts. On his return, May began work on complex allegorical texts. He considered the “question of mankind”; pacifism and the raising of humans from evil to good. In 1895, May bought a house in Radebeul and named it Villa Shatterhand after the character of Old Shatterhand. After the purchase of the house, May lived there for the rest of his life until his death on March 30, 1912.

It is stated that Karl May is the “most read writer of German tongue”. The total number of copies published is about 200 million, half in German. Many well-known German-speaking people used May’s heroes as models in their childhood. Albert Einstein enjoyed May’s books and said, “My whole adolescence stood under his sign. Indeed, even today, he has been dear to me in many a desperate hour…“