You are here: Home › archeology › A. E. Douglass and the Dendrochronology 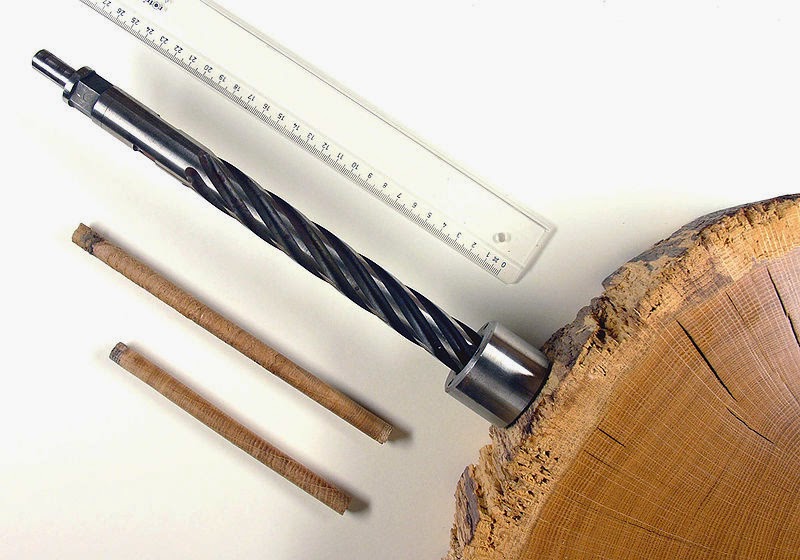 On July 5, 1867, American astronomer and archeologist A. E. (Andrew Ellicott) Douglass was born. He coined the name dendrochronology for tree-ring dating, a field he originated while working at the Lowell Observatory, Flagstaff, Arizona, by his discovery a correlation between tree rings and the sunspot cycle.

A. E. Douglass was not the first, who suggested that a tree’s rings could determine its age. The first known record of the idea come from Leonardo da Vinci. However, Douglass was the first to use cross-dating methods successfully to determine a tree’s age. A. E. Douglass was born in Vermont in 1867 and later on enrolled at Trinity College in Connecticut. He continued his career at the observatory at Harvard University, which opened a completely new observatory in Peru. There, Douglass mainly observed planet Mars, which not only fascinated the American astronomer, but also the businessman, author, and astronomer Percival Lowell. Together, they established a new observatory in Flagstaff, Arizona. 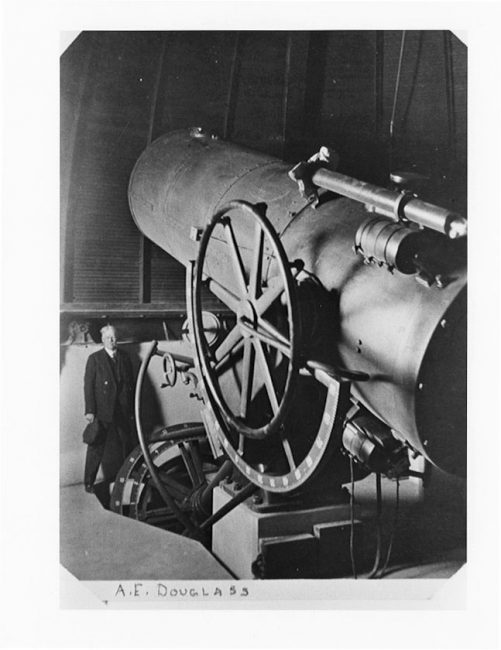 A. E. Douglass and the original Steward Observatory 36-inch Telescope (moved to Kitt Peak in 1963)

Through the years, Douglass came to realize, that there might be a connection between sunspots and the weather on Earth. Also Gregor Johann Mendel got this idea in this period. In 1904, Douglass observed the rings of several trees. He noticed that the structure of wider and smaller rings is equal in trees of the same kind and the same region. Douglass found out that in regions of higher precipitation, the rings were wider than in drier regions.

Douglass also realized that historical buildings made of wood may give information on the weather conditions from over hundreds of years ago and dendrochronology was born. The astronomer established the Laboratory of Tree-Ring Research at the University of Arizona in 1937, where until this day visiting scholars and faculty at the lab have done notable work in the areas of climate change, fire history, ecology, archeology and hydrology.

At yovisto, you may be interested in a video lecture by the Professor of Dendrochronology at the University of Arizona titled “Global Climate Change: The Evidence”.