You are here: Home › computer games › William Higinbotham and The Birth of Video Games 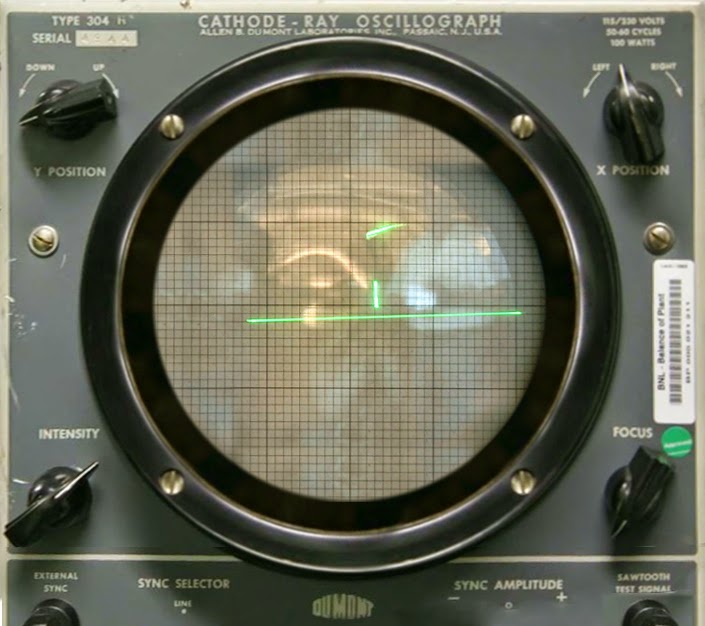 Tennis for Two played on an Oscilloscope

On October 25, 1910, US-american physicist William “Willy” A. Higinbotham was born. A member of the Manhattan Project, he later became a leader in the nonproliferation movement of nuclear weapons. Moreover, he is also known for his development of ‘Tennis for Two‘, the first interactive analog computer game and one of the first electronic games to use a graphical display.

William Alfred Higinbotham was born in Bridgeport, Connecticut, and grew up in Caledonia, New York. His father was a minister in the Presbyterian Church. He earned his undergraduate degree from Williams College in 1932 and continued his studies at Cornell University.in New York State until the outbreak of World War II. This was followed by an appointment to do scientific work in radar technology at the Radiation Laboratory of the Massachusetts Institute of Technology (MIT) from 1941 to 1943.

During World War II, he worked at Los Alamos National Laboratory and headed the lab’s electronics group in the later years of the war, where his team developed electronics for the first nuclear bomb. His team created the bomb’s ignition mechanism as well as measuring instruments for the device. Higinbotham also created the radar display for the experimental B-28 bomber. Following his experience with nuclear weapons, Higinbotham helped found the nuclear nonproliferation group Federation of American Scientists, serving as its first chairman and executive secretary. From 1974 until his death in 1994, Higinbotham served as the technical editor of the Journal of Nuclear Materials Management.

Tennis for Two – The Birth of Video Games

The History of video games dates back to the time directly after World War 2. In 1947 Higinbotham took a position at Brookhaven National Laboratory, where he worked until his retirement in 1984. In 1958, Higinbotham created Tennis for Two to cure the boredom of visitors to Brookhaven National Laboratory. He learned that one of Brookhaven‘s computers could calculate ballistic missile trajectories and he used this ability to form the game’s foundation. The game was created on a Donner Model 30 analog computer. The game uses an oscilloscope as the graphical display to display the path of a simulated ball on a tennis court. The designed circuit displayed the path of the ball and reversed its path when it hit the ground. The circuit also sensed if the ball hit the net and simulated velocity with drag. Users could interact with the ball using an analog aluminum controller to click a button to hit the ball and use a knob to control the angle. Hitting the ball also emitted a sound. The device was designed in about two hours and was assembled within three weeks with the help of Robert V. Dvorak. 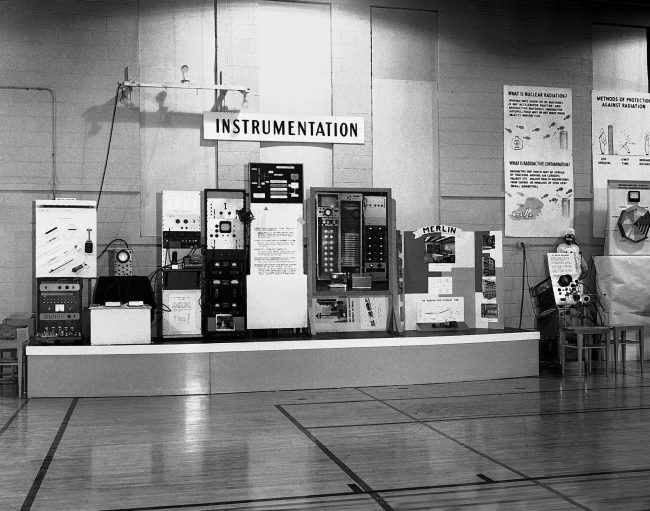 In fact, when the game was first shown on October 18, 1958, hundreds of visitors lined up to play the new game during its debut. It was such a hit that Higinbotham created an expanded version for the 1959 exposition [3].

Higinbotham had never applied for a patent on this invention, though he obtained over 20 other patents during his career. He was called as a witness by the Nintendo company in a trial against Magnavox in 1982. Magnavox made licensing demands for the patent on home video games. Through an out-of-court settlement between the two companies, Higinbotham was never officially recognised as the inventor of the video game. Higinbotham remained little interested in video games, preferring to be remembered for his work in nuclear nonproliferation. After his death in 1994, as requests for information on Tennis for Two increased, his son William B. Higinbotham told Brookhaven: “It is imperative that you include information on his nuclear nonproliferation work. That was what he wanted to be remembered for.“

When Games Went Click: The Story of Tennis for Two [4]