You are here: Home › art › Robert Hope-Jones and the Theatre Organ 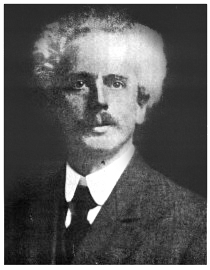 On February 9, 1859, British instrument maker Robert Hope-Jones was born. Hope-Jones is considered to be the inventor of the theatre organ in the early 20th century. He thought that a pipe organ should be able to imitate the instruments of an orchestra, and that the console should be detachable from the organ.

Robert Hope-Jones was born in Hooton, The Wirral, Cheshire, to William and Agnes Hope-Jones. He was one of nine children. Jones learned to play the organ in his early childhood and when he turned 9 years old, Hope-Jones occasionally played at St Mary’s Church. At Birkenhead School Chapel Robert Hope-Jones became organist and choir-master and later also held a similar position at St Luke’s Church, Tranmere. There, he managed to buy and install a fine organ and also erected an organ in the Claughton Music Hall. Hope-Jones organized and conducted oratorio performances in aid of various church funds, training a large voluntary chorus and orchestra for the purpose.

At St John’s Church, Birkenhead, Robert Hope-Jones gained his first experience in organ-building. For instance, he managed to improve the electric action and movable console. He was helped by choirmen and boys, who worked far into the night, certain of these men and boys later occupying positions with the Hope-Jones Organ Company.

Working for a telephone company, Robert Hope-Jones created a method for increasing the power of the human voice, which was later used in phonographs and other voice-producing machines. Hope-Jones further invented the diaphone, which was later used by the Canadian Government for its fog signal stations and, in a modified form, also adapted to the church organ. However, around 1889, Hope-Jones resigned from his position in order to further improve the church organ. He hired organ-builders to create his inventions but later entered the field as an organ-builder himself. He was supported by the chairman of the Royal Academy of Music Thomas Threlfall as well as J. Martin White, Member of Parliament. After only one year, Robert Hope-Jones had set himself up in business to build electric organs. His company built more than 100 church organs in the United Kingdom before emigrating to the United States. 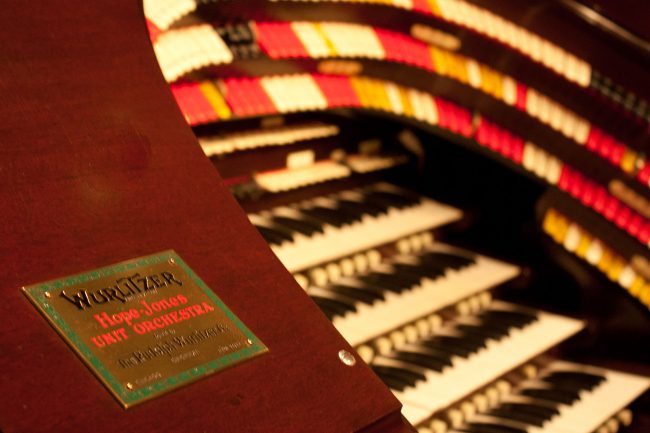 In the year 1895, what was practically the first Hope-Jones electric organ sold was set up in St. George’s Church, Hanover Square, London. The furor it created was cut short by a fire, which destroyed the organ and damaged the tower of the church. With curious promptitude, attention was directed to “the danger of allowing amateurs to make crude efforts at organ-building in valuable and historic churches, and to the great risk of electric actions“. However, the authorities of the church ordered from Hope-Jones a similar organ to take the place of the one destroyed. About the same time, a gimlet was forced through the electric cable of a Hope-Jones organ at St Mary’s Church, Hendon, London. Shortly afterwards the cable connecting the console with the Hope-Jones organ at Ormskirk Parish Church, Lancashire, was cut through. At St Modwen’s, Burton upon Trent, sample pipes from each of his special stops were stolen.

Hope-Jones joined the Skinner Company in Boston as vice president. There he constructed and placed a fine organ in Park Church, Elmira, New York. Hope-Jones also became acquainted with Jervis Langdon who was treasurer of the Elmira Chamber of Commerce. Lagdon secured the industry for his city by organizing a corporation to build exclusively Hope-Jones organs. The Hope-Jones Organ Company built around 40 organs, for instance the organ in the great auditorium at Ocean Grove, New Jersey. In 1914, Robert Hope-Jones merged his organ company with Rudolph Wurlitzer.

The largest and most complete example of Hope-Jones in the UK is the partially restored 1901 organ at Battersea Old Town Hall, now the home of Battersea Arts Centre. The organ at the Great Auditorium in Ocean Grove, New Jersey, built by Hope-Jones in 1908, has most of its original Hope-Jones ranks still intact and playable, although it has been vastly enlarged since then. Overall, he built 246 organs between 1887 and 1911 and his company employed 112 workers at its peak.

In 1914, Hope-Jones committed suicide, age 55, by inhaling gas fumes in a hotel in Rochester, New York, some months after leaving the Wurlitzer company. He had written a suicide note stating that he had legal trouble and that a suit was pending. This however was not the case and as a result the coroner declared his death “suicide while insane.”