You are here: Home › literature › Ray Bradbury – The Illustrated Man with a Heart for Libraries

On August 22, 1920, the American novelist Ray Bradbury, best known for his dystopian novel Fahrenheit 451, was born. Ray Bradbury has won every achievable writing award including the National Medal of Arts in 2004 and the National Book Foundation Medal in 2000.

“We think, I’m not a fool today. I’ve learned my lesson. I was a fool yesterday but not this morning. Then tomorrow we find out that, yes, we were a fool today too. I think the only way we can grow and get on in this world is to accept the fact we’re not perfect and live accordingly.”
— Ray Bradbury, The Illustrated Man, No Particular Night or Morning (1951)

Ray Bradbury was born in 1920 in Waukegan, Illinois, the son of Leonard Spaulding Bradbury and Esther Marie Moberg of Sweden. At young age, Ray Bradbury started his interest in writing, theater and acting. Since his family moved to Los Angeles when he was 14, Bradbury could sneak into places where the glamorous people from Hollywood spent their time. Concerning literature, his early influences were more shaped by Edgar Allan Poe [7] or Edgar Rice Burroughs. Especially Burroughs’ ‘John Carter, Warlord of Mars’ stayed in his memory, because he claims that this comic series was the reason why he began writing in the first place. Before moving to California, his family lived in Waukegan, Illinois where he spent much time in the local library reading Jules Verne [8] or H.G. Wells,[9] who later belonged to his major influences. During his school time, he continued writing and even though his teachers, who were aware of his great talent, wanted to support these interests, Bradbury never attended College.  In 1938 he graduated from Los Angeles High School. In the same year Bradbury published his first story in the magazine Imagination!

“Libraries raised me. I don’t believe in colleges and universities. I believe in libraries because most students don’t have any money. When I graduated from high school, it was during the Depression and we had no money. I couldn’t go to college, so I went to the library three days a week for 10 years.”
— Ray Bradbury, 2009

When his short stories turned out to be successful, he took up the career of a freelance writer and initially wrote for newspapers and magazines. Also it was a library were he wrote one of his most famous novels and one of the most influential dystopian novels of all times, ‘Fahrenheit 451’. The creation of the book cost a total of $9.80 due to the rental fees of the typewriters in the library. This novel was sold more than 5 million times and even though it was published 60 years ago its alarming story is still highly relevant and therefore depicts an important piece read by high school students and adults all over the world. 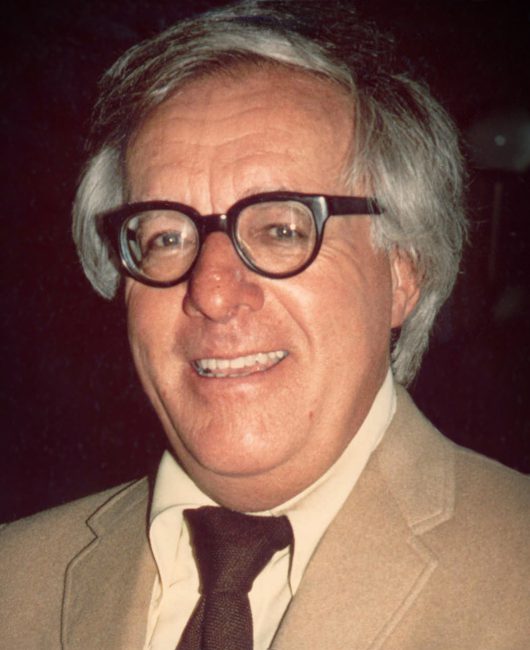 Fahrenheit 451 takes place in a state where it is considered a serious crime to own or read books. Society is kept dependent on the political system, anonymous and underage. However, drugs and video walls don’t let you get bored. Independent thinking is considered dangerous because it leads to antisocial behaviour and thus destabilises society. Books are regarded as the main reason for non-system-compliant thinking and acting. It’s the fire department’s job to track down and destroy the books. The books are burned on the spot. Mechanical dogs help to find the books. The machines hunt down book owners and public enemies and capture or kill them. The protagonist of the novel is 30-year-old firefighter Guy Montag, who initially seems to work uncritically in this system, but secretly hides some stolen books in his house. Through 17-year-old Clarisse, he learns the art of words, the value of free thinking and the beauty of nature. Clarisse asks him if he is happy, which finally causes Montag to start thinking…

‘Fahrenheit 451’ might have been his most successful novel, but ‘The Martian Chronicles’ was the first he could publish. Actually ‘The Martian Chronicles’ were not supposed to be a novel at first. Bradbury early discovered his love for short stories and wrote brilliant pieces like ‘All Summer in Day’ or ‘The Flying Machine’. When he came to New York, trying to get some of his novels published, he was mostly rejected because the publishers were seeking for novels. His editor Walter Bradbury then suggested to combine his stories into an entire novel, which the publishers loved. The story discusses the human colonization of the planet Mars and their conflict with the native Martians. The Martian Chronicles draw attention to dangers that can and have occurred when different cultures come together. Beyond the representational level, the work shows numerous allegorical and symbolic references and ultimately depicts the abysses of human behavior, the hopelessness of the longing and will of the “citizens of the earth” in partly bizarre, partly oppressive images. The Martians seem to be more a mirror image of man than a substantially different species. They emerge little as independently thinking beings, are rather marginalized by the human problem figures as protagonists. So the novel is a novel about people. The book gained a great reputation and was adapted in movies, operas, and radio shows.

The Illustrated Man is a 1951 collection of eighteen science fiction short stories that are loosely connected narratively by a not very extensively elaborated framework story, consisting of a prologue, a few intermediate passages and a short epilogue. The book is regarded as a highlight in the author’s work as well as a milestone within science fiction, as it exemplifies the turning away from the technical-scientifically oriented description and the turning to poetic science fiction literature.

The fact that Ray Bradbury with his many published novels, and his numerous collections and short stories has shaped our society is undeniable. He was a great influence to Steven Spielberg, Steven King and the author Neil Gaiman, who tributed him after his passing in June 2012 and he was able to open the mind and its creativity of every one who read his works.

Due to his positive youth experiences with books and libraries, Bradbury was also involved in the maintenance of public libraries at an advanced age, especially for the Ventura County Public Libraries, for example through fundraising events and regular discussions with children in libraries. Ray Bradbury died in Los Angeles, California, on June 5, 2012, at the age of 91, after a lengthy illness.

At yovisto academic search engine you can watch Ray Bradbury himself in a video talking about his life and love of writing in “Telling the Truth,” the keynote address of The Sixth Annual Writer`s Symposium by the Sea at San Diego University.