You are here: Home › cinematography › Godzilla – The Most Recognizable Icon of Post War Japanese Culture

Suit fitting on the set of Godzilla Raids Again (1955), with Haruo Nakajima portraying Godzilla on the left.

On November 3, 1954, the very first of a series of 28 Godzilla films premiered. The film focuses on Godzilla, a prehistoric monster resurrected by repeated nuclear tests in the Pacific, who ravages Japan and reignites the horrors of nuclear devastation to the very nation that experienced it first-hand. Since his debut, Godzilla has morphed into a worldwide cultural icon.

The Most Recognizable Symbol of Japanese Culture

Godzilla belongs to the most recognizable symbols of Japanese culture and is especially considered successful due to the ‘demonstration’ of where science and technology can fail and for its allegory of nuclear weapons in general. In the early Godzilla films, especially in the original from 1954, the creature is described as a frightening nuclear monster and it is believed that it represented the fears that many Japanese held about the atomic bombings of Hiroshima and Nagasaki. Through the years, Godzilla changed its appearance from a destructive frightening character to a more heroic as the films became more and more targeted to children. 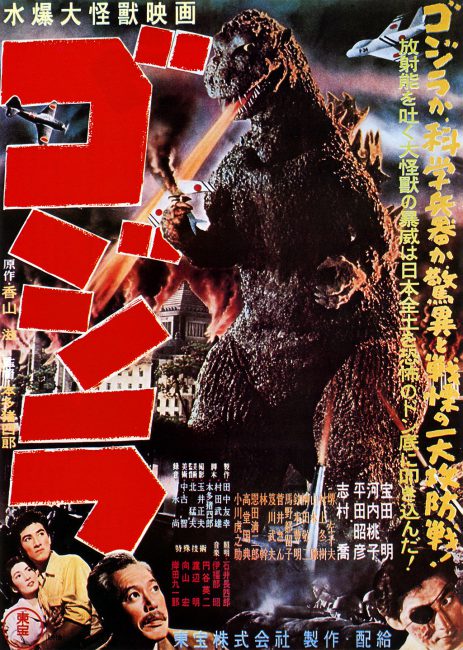 During the early planning stage of the first Godzilla, the creature was defined as a ‘cross between a gorilla and a whale’ taking into account its size, power, and aquatic origin. Godzilla’s iconic character design was conceived as that of an amphibious reptilian monster based around the loose concept of a dinosaur with an erect standing posture, scaly skin, an anthropomorphic torso with muscular arms, spikes on its back and tail, and a furrowed brow. Its iconic weapon is the ‘atomic breath’, to be understood as a nuclear blast that generates inside of its body and unleashes from its jaws in the form of a blue or red radioactive heat ray. Godzilla is immune to conventional weaponry thanks to its rugged hide and ability to regenerate, and as a result of surviving a nuclear explosion, it cannot be destroyed by anything less powerful. Godzilla’s overall moral ‘understandings’ are not clear. It is said that he does not like humanity and does not care about destruction and property in general, it fights humanity against common threats and also will not eat humans.

Godzilla’s characteristic roar came about after unsatisfactory sound experiments with various animal voices. Akira Ifukube, the composer of the film music for the first Godzilla film from 1954, finally suggested using a musical instrument for the voice. The roar was produced with a double bass, over the strings of which a leather glove coated with pine resin was painted lengthwise.

It’s a Matter of Size…

Throughout the movies, Godzilla’s size is inconsistent. While the creature was scaled to be 50 meters tall in the original movie from 1954, it was estimated to be 122m tall in the American adaptation from 1956. Its general appearance ranges from actors wearing latex costumes to being rendered in animatronic, stop-motion and computer-generated form. In the 2014 Godzilla film, the character was portrayed entirely via CGI. Godzilla’s design in the reboot was intended to stay true to that of the original series, though the film’s special effects team strove to make the monster “more dynamic than a guy in a big rubber suit.”

In general, Godzilla’s fame as well as appearance had an impact on the scientific community. Paleontologists have written tongue-in-cheek speculative articles about Godzilla’s biology, with Ken Carpenter tentatively classifying it as a ceratosaur based on its skull shape, four fingered hands and dorsal scutes, and paleontologist Darren Naish expressing skepticism while commenting on Godzilla’s unusual morphology.