You are here: Home › aviation › George Cayley and the Science of Aeronautics 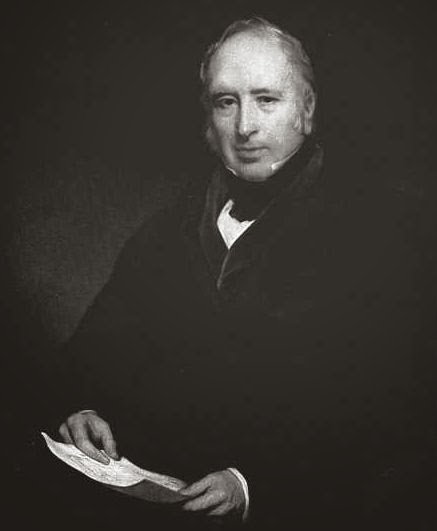 On December 27, 1773, English engineer and important pioneer of aeronautics Sir George Cayley was born. Many consider him the first true scientific aerial investigator and the first person to understand the underlying principles and forces of flight.

“About 100 years ago, an Englishman, Sir George Cayley, carried the science of flight to a point which it had never reached before and which it scarcely reached again during the last century.”
– Wilbur Wright, 1909

George Cayley was the eldest son of Sir Thomas Cayley, 5th Baronet, on whose death in 1792 he inherited his noble title Baronet, of Brompton in the County of York, created in 1661 in the Baronetage of England. From his marriage with Sarah Walker in 1795 he had four daughters and his son and heir as 7th Baronet, Digby Cayley. From 1832 to 1834 he was a member of the House of Commons for the constituency of Scarborough. He started several engineering projects during his early years, like self-righting lifeboats or caterpillar tractors which he called ‘Universal Railway’.  Other projects included seat belts, small helicopters and he made numerous contributions to the fields of optics, ballistics, architecture, and air engines.

However, on this day, Cayley is mostly remembered for his significant findings while studying flying machines. In his early school years, he already developed theories on the physics of flight and in later years, he designed and built a glider by himself. Cayley published several scientific works on flight. The first was published in 1810 and was titled ”On Aerial Navigation“. To one of his many developments counts the “whirling-arm apparatus” that built on earlier work in ballistics. 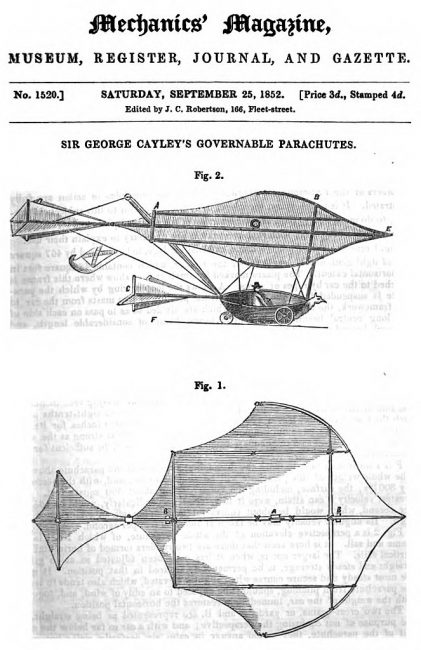 As his developments went further, Cayley began building a cambered airfoil and managed to discover the forces that influence the flight of an aircraft, those were thrust, gravity, lift, and drag. His knowledge led him to the idea to set the center of gravity right below the wings. This was a major achievement and resulted in the development of hang gliders. Cayley developed the wire wheel principle that is on this day still used in bikes or cars.

In 1804, Cayley managed to fly his glider successfully. Its layout looked much like a modern aircraft and even had adjustable tailplane at the back. In 1843, Cayley was the first to suggest the idea for a convertiplane, an idea which was published in a paper written that same year. During some point prior to 1849 he designed and built a biplane in which an unknown ten-year-old boy flew. It is assumed that his grandson George John Cayley was his first pilot back then.

George Cayley passed away on 15 December 1857. The fact that no manned flights took place in the following 40 years until Otto Lilienthal’s attempts casts doubt on Cayley’s account. On the other hand, the flying machine was reconstructed in 1973[6] according to original plans and successfully flown at the original launch site by the well-known English glider pilot Derek Piggot in a car tow, whereby Piggot was even able to control the glider in a controlled manner. This at least proves the basic suitability of the design. Another later replica flew in 2003, piloted by Allan McWhirter and Richard Branson.In 1974, Cayley was inducted into the International Air & Space Hall of Fame.