You are here: Home › explorer › The Fateful Journeys of Alexine Tinne 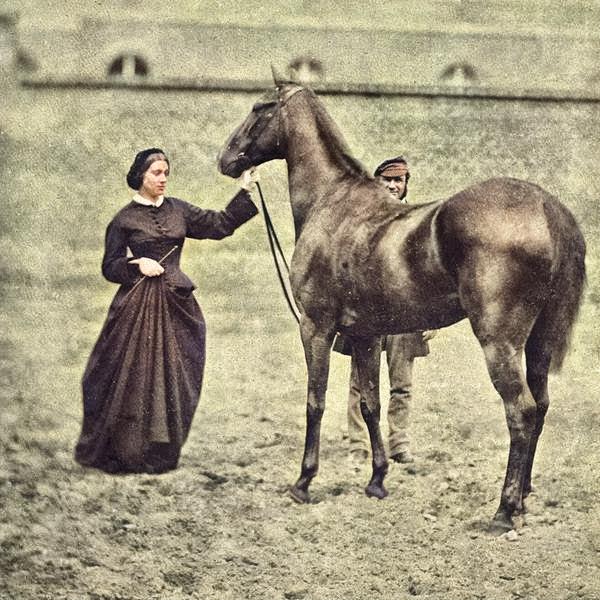 On October 17, 1835, Dutch explorer of Africa Alexandrine Petronella Francina Tinne was born. She was the first European woman to attempt to cross the Sahara.

Alexandrine Tinne was born into a wealthy family. Her father passed away when she was only ten years old and she turned into one of the richest young girls of the Netherlands. It is then said that she suffered highly from love sickness and therefore desired to travel for quite a while, but this is not proven. Clear is however, that Alexine (as she wanted to be called) and her mother started traveling across Europe, especially Norway and Italy, but also they visited the Middle East and Egypt. Tinne left Europe with her mother and aunt in 1861 and they all stayed in Cairo.

On January 9, 1862 the young explorer set out for the great journey ascending the White Nile to Gondokoro. Unfortunately they had to return shortly after but made plans for another trip right away. They left in February and attempted to reach Azande as part of the expedition of the German explorer Theodor von Heuglin and Hermann Steudner. During the journey nearly all participants suffered from illnesses and Steudner as well as Tinne’s mother and two maids died between April and July. Shortly after, her aunt died as well, shocked from the many losses, Tinné returned to Cairo. When her brother came to visit, Alexine could not be convinced to come home and sent her brother, along with the dead bodies and ethnographic collection back to the Netherlands. During these travels, Tinné collected and described numerous plants including 24 completely new species that were published in the following years. Further travels led the young woman to Algeria and Tunesia and took a few years. During this period, Tinné attempted to find the Tuareg, but failed in this matter.

Despite all shocking events, that happened to Tinné and her family, the explorer continued her journeys and did not want to give up her dream of meeting the Tuareg. At Tripoli, she started in early 1869 in order to move towards Lake Chad and continuing to the Nile. On her way, Tinné got to meet another German explorer. This time, it was Gustav Nachtigal and both intended to travel together. Unfortunately, they had different goals and continued with their own caravans through the desert. During the trip, Tinné faced lots of diseases and proceeded only slowly.

On August 1, 1869, Alexine Tinné was murdered by Tuareg, but her body was never found. Several stories about the motives of her sudden death circulate. Some assume that the murderers suspected gold in the iron tanks that were really filled with water. Others think that she got into political rivalries. Clear is today however, that most of her collections of ethnographic specimens were recovered. For a long time it was thought that a great amount of her collection was destroyed by the bombs hitting Liverpool during World War II. On this day, her letters, publications and collections represent rare materials of regions of the Sudan and are demonstrated in museums all over Europe.

At yovisto, you may enjoy a lecture by Robert Wyman on the African culture and today’s overall issues concerning population, health and fertility.