You are here: Home › computer science › Probably the Most Popular Video Game Ever – Space Invaders! 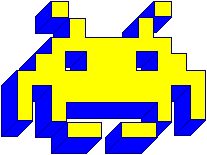 In early June 1978 – we have not been able to determine the exact date – the famous arcade video game Space Invaders designed by Tomohiro Nishikado was released by the Japanese Taito Corporation. Space Invaders is one of the earliest shooting games and the aim is to defeat waves of attacking aliens with a laser cannon to earn as many points as possible. As the invaders were shot down one by one, their march grew faster and faster, until a lone invader sped across the screen. If you managed to hit them all, a new wave of invaders would take to the sky. But if the aliens were able to hit ground zero, it was game over for you and for the Earth.

From Breakout to War of the Worlds

With the inspiration of Atari‘s game Breakout,[5] Tomohiro Nishikado spent one year planning, designing and developing the needed hardware for the game. If you believe it or not, the game was in the sense of its graphics alot more advanced than Breakout. Also the game play was a bit more complex and allowed the player to shoot moving objects instead of static ones. The developer faced the difficulty of creating flying objects after he thought of using a space theme and found that computing humans would be a lot easier but immoral in his eyes. The figures in the game were created after Nishikado saw a movie adaptation of H.G Well’s ‘War of the Worlds‘.[6]

From Black and White to Colored Monsters

He had to build his own hardware because the common microcomputers in Japan were not powerful back then for designing a game of such a complexity. For his programming purposes, Nishikado created the arcade board with new microprocessors imported from the U.S., but even those were not quite as powerful as Nishikado wished. However, the game was released in black and white at first, the colored monsters were published a bit later. Soon after the game’s release in Japan, whole new arcades with Space Invader cabinets opened and it became widely popular. 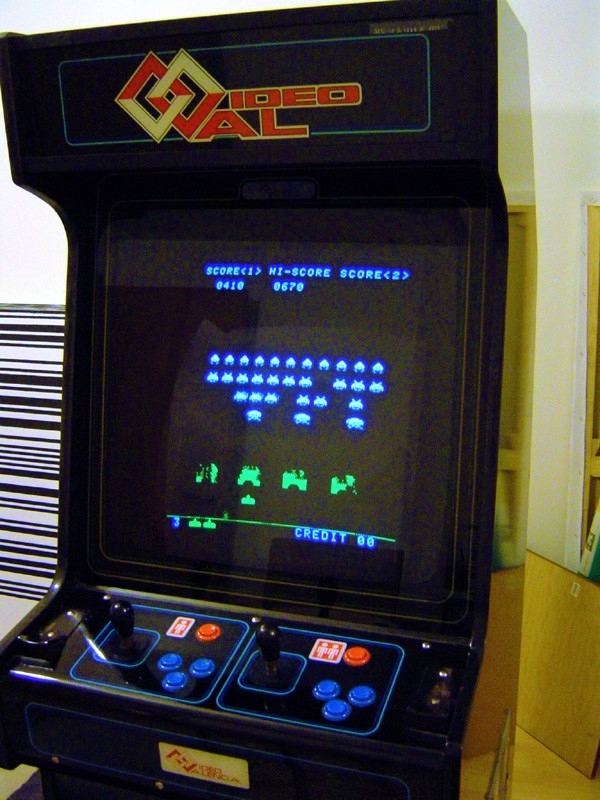 The actual image of the original Space Invaders slot machine was black and white and mirror-inverted. It was projected onto an area behind which there was a painted moonscape, which gave the game an impressive background for that time. In addition, the projection screen was provided with colored stripes which gave the attacking alien spaceships a different color depending on their position on the screen. There are several versions of the game, some completely black and white, some with overlay, some with white opponents or completely colored.

Only a few months after the release, more than 100,000 machines were set up. 500,000 plus coin-op machines were sold worldwide in the first year, seventy percent of which remained in Japan. Space Invaders not only depicted the world’s most famous arcade game of its time, but was also seen as the ‘killer app’ for the upcoming game consoles. The high popularity of the games was, as specialists later found, the fact that it depicted one of the most complex shooting games of its time because the enemy targets shot back for the first time. Actually, in Japan demand for the arcade game was so great that it led to a coin shortage and prompted an increase in production of the 100-yen coin.

Space Invaders was an immediate commercial success. By 1982, it had grossed $2 billion (equivalent to $7.5 billion in 2018), with a net profit of $450 million ($1.69 billion in 2018), making it the best-selling video game and highest-grossing entertainment product of its time.

Lessons in Game Design, lecture by Will Wright, [8]