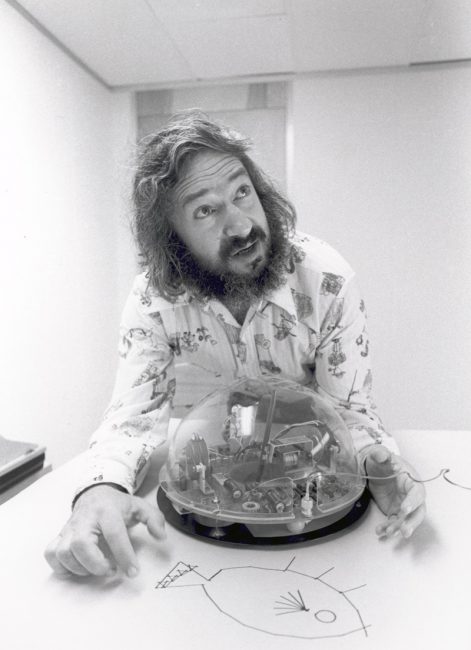 On March 1, 1928, American mathematician, computer scientist, and educator Seymour Aubrey Papert was born. He is one of the pioneers of artificial intelligence, and co-inventor, with Wally Feurzeig, of the Logo programming language. Logo is remembered mainly for its use of “turtle graphics“, in which commands for movement and drawing produced line graphics either on screen or with a small robot called a “turtle“.

Papert was born and educated in Pretoria, South Africa. The Paperts were the only white people in the area. This led the young Seymour into trouble when he had to eventually attend school in Johannesburg. Unfamiliar with the strict and convoluted edicts of the political and social consequences of apartheid the ten-year old organized evening lessons for the illiterate black domestic servants of his area. He soon found himself in serious trouble with the authorities for such illegal activities.[3] Also, Papert was a leading figure in the revolutionary socialist circle around Socialist Review while living in London in the 1950s.

“The role of the teacher is to create the conditions for invention rather than provide ready-made knowledge.”
– Seymour Papert

Papert attended the University of the Witwatersrand, receiving a BA in philosophy in 1949. His interest switched to mathematics, in which he received a PhD also from University of the Witwatersrand in 1952. He was awarded a Commonwealth research scholarship to St. John’s College, Cambridge, U.K. This eventually enabled him to complete a second doctorate in 1958. While at the National Physical Laboratory outside London, Papert ran into one of America’s foremost workers in the emerging field of Artificial Intelligence – Ed Feigenbaum. More significantly for the future, at a symposium in London itself, he first met Marvin Minsky.[4] Papert spent the 1956/57 year as a researcher at the Henri Poincare Institute at the University of Paris, to complete the research for his doctorate. Later that year he began working with psychologist Jean Piaget at the University of Geneva at the International Centre of Genetic Epistemology [2], studying the cognitive development of young children. Piaget adhered to constructivism—which asserted that learning arises from building mental models based on experience—and the theory became influential in Papert’s thinking about children and learning.[1]

In 1958 Marvin Minsky and John McCarthy [7] founded the Artificial Intelligence Group at MIT. Minsky had not forgotten the young Papert who had made such an impression on him at their London meeting, and made him a reseach associate at MIT.[3] Papert held this position until 1967, when he became professor of applied math and was made co-director of the MIT Artificial Intelligence Laboratory. While at MIT, he cowrote (with Marvin Minsky) Perceptrons: An Introduction to Computational Geometry (1969), a seminal work about artificial intelligence (AI). Although Papert was influential in the fields of AI research and mathematics, his best-known work concerned children’s learning styles. Papert went on to create the Epistemology and Learning Research Group at the MIT Architecture Machine Group which later became the MIT Media Lab. Here, he was the developer of a theory on learning called constructionism, built upon the work of Jean Piaget [2] in Constructivism learning theories. Piaget himself once said that “no one understands my ideas as well as Papert”. Papert has rethought how schools should work, based on these theories of learning. 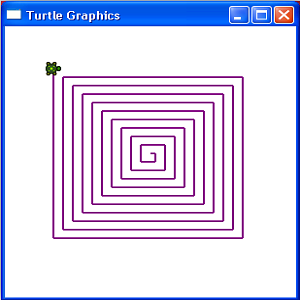 “Nothing could be more absurd than an experiment in which computers are placed in a classroom where nothing else is changed.”
– Seymour Papert

Believing that computers had the potential to revolutionize learning, Papert used Jean Piaget‘s work in his development of the Logo programming language while at MIT in the late 1960s. He created Logo as a tool to improve the way children think and solve problems. A small mobile robot called the “Logo Turtle” was developed, and children were shown how to use it to solve simple problems in an environment of play. A main purpose of the Logo Foundation research group is to strengthen the ability to learn knowledge. Papert insists a simple language or program that children can learn — like Logo — can also have advanced functionality for expert users. The Logo language has been adopted world-wide and adapted for the use of new technologies for development in Africa and Latin American countries as well as in Europe and the USA.[5]

Papert later collaborated with the company LEGO on MINDSTORMS, a line of programmable toys in which customized LEGO bricks were embedded with tiny computers. The name was derived from Papert’s influential work Mindstorms: Children, Computers, and Powerful Ideas (1980). Mindstorms has been considered a seminal work on the subject of computers and education. Papert won a Guggenheim fellowship in 1980, a Marconi International fellowship in 1981, the Software Publishers Association Lifetime Achievement Award in 1994, and the Smithsonian Award from Computerworld in 1997. Papert has been called by Marvin Minsky “the greatest living mathematics educator”

Unfortunately, Papert (then aged 78), received a serious brain injury when struck by a motorcycle on 5 December 2006 whilst attending the 17th International Commission on Mathematical Instruction (ICMI) Study conference in Hanoi, Vietnam, which left him in a coma and required two emergency brain operations at the French Hospital in Hanoi to save his life. He continues to undergo rehabilitation.