You are here: Home › medical science › Santiago Ramón y Cajal and the Neurons 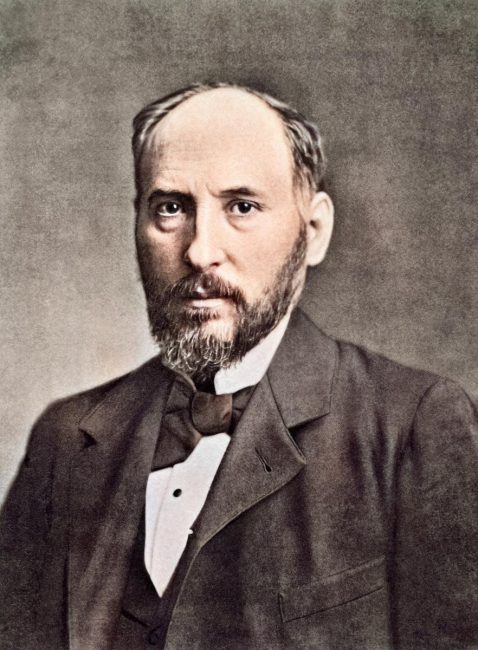 On May 1, 1852, Spanish pathologist, histologist, neuroscientist and Nobel laureate Santiago Ramón y Cajal was born. His original pioneering investigations of the microscopic structure of the brain have led him to be designated by many as the father of modern neuroscience. His medical artistry was legendary, and hundreds of his drawings illustrating the delicate arborizations of brain cells are still in use for educational and training purposes.

From a Barber, a Cobler, to a Physician

Santiago Ramón y Cajal was born in Petilla de Aragón, Spain. As a child Ramón y Cajal was transferred many times from one school to another because of behavior that was declared poor, rebellious, and showing an anti-authoritarian attitude. As a boy he was apprenticed first to a barber and then to a cobbler. He himself wished to be an artist, but his father, a Professor of Applied Anatomy in the University of Zaragoza, persuaded him to study medicine under his direction. The father neither appreciated nor encouraged the artistic abilities of his son, even though the artistic talents would contribute to his success later in life.

Research on the Central Nervous System

Ramón y Cajal attended the medical school of the University of Zaragoza and graduated in 1873.He served as a medical officer in the Spanish Army and took part in an expedition to Cuba in 1874-75, where he contracted malaria and tuberculosis. In 1877, he received his doctorate in medicine in Madrid and was awarded the position of Professor of Descriptive and General Anatomy at Valencia in 1883. In his early work, Ramón y Cajal focused on the pathology of inflammation, the microbiology of cholera, and the structure of Epithelial cells and tissues. It was not until he moved to the University of Barcelona in 1887, that he learned about Golgi’s silver nitrate preparation and turned his attention to the central nervous system.[4] During this period he made extensive studies of neural material covering many species and most major regions of the brain. He was to make his greatest contributions in the field of neuroanatomy, finding evidence of the so-called “neuron doctrine” and dendritic spines.

The Discovery of the Neuron

Shortly after von Waldeyer-Hartz coined the word “neuron” to designate the individual nerve cells described by Ramón y Cajal, the neuron doctrine constituted the fundamental principle of neuroscience. It states that the neuron is the structural and functional unit of the nervous system. Furthermore, that neurons are individual cells, which are not anatomically continuous to other neurons. Each neuron has three constituents: dendrites, soma (cell body) and axon, which make close contact to dendrites or the soma of other neurons. The neuron doctrine was completed after the introduction of the concept of synapse by Charles Scott Sherrington in 1897. Ramón y Cajal further discovered a cell that came to bear his name: the interstitial cell of Cajal, or ICC. His work on the structure of the brain during these years helped to shape the field of modern neuroscience.[2]

Illustration of a nerve cell by Deiters (1865). Clear distinction is made between the single axon and the many dendrites of this ganglion cell from the grey matter of the spinal cord. [via Scholarpedia]

Cajal also discovered dendritic spines, micron-size structures specialized in cell-to-cell communication. He also described axonal growth, a process central to the development of the nervous system, and proposed that axonal guidance was based on chemical gradients (chemotaxis). This guided his subsequent work on regeneration of nerve cells after injury. Ramón y Cajal’s anatomical studies were always presented in a functional context. One of his most insightful hypotheses was that neurons were functionally polarized, i.e. electrical impulses propagate from dendrites to the cell body to the axon. He rightly saw neurons as information processing units that make connections and organize into dynamic networks to accomplish their various functions.[3] He later held professorships in both Barcelona (1887) and Madrid (1892). He was also the director of the Zaragoza Museum (1879), director of the National Institute of Hygiene (1899), and founder of the Laboratory of Biological Investigations (1922), later renamed to the Instituto Cajal, or Cajal Institute.

At yovisto, you can learn more about cognitive neuroscience in the introductory lecture of Prof. Richard Ivry from University of California, Berkeley.