You are here: Home › medical science › Richard Mead and the Understanding of Transmissible Diseases 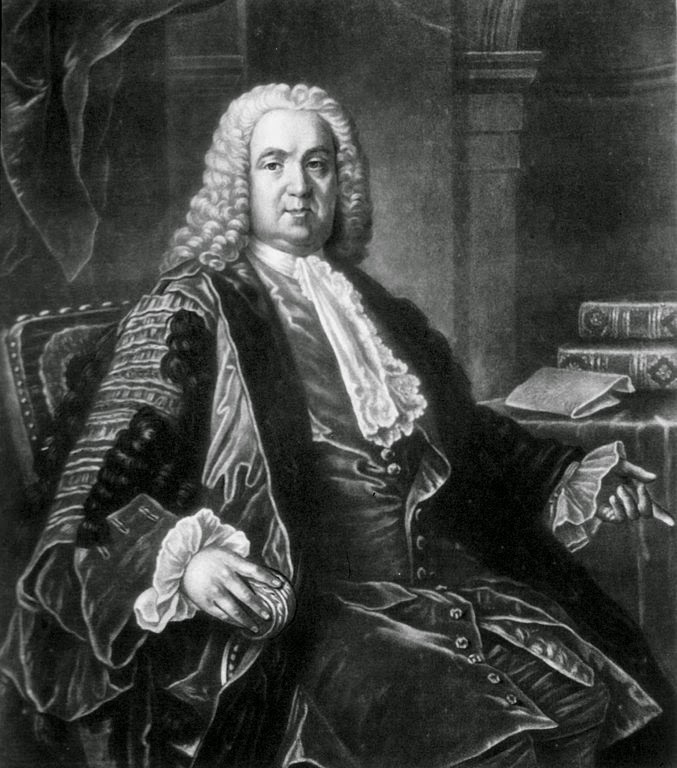 On August 11, 1673, English physician Richard Mead was born. His work, A Short Discourse concerning Pestilential Contagion, and the Method to be used to prevent it, was of historic importance in the understanding of transmissible diseases.

“Those things, which are experienced to be in their whole nature, or in their most remarkable properties, so contrary to animal life, as in a small quantity to prove destructive to it, are called Poisons: whether they are hurtful by being taken inwardly at the mouth, or communicated to the body externally by a wound.”
– Richard Mead,  A mechanical account of poisons, 3rd edition, 1745

Richard Mead was mostly educated at home by his father and a private tutor, who also lived with them. He moved to Leyden in 1692 in order to study at the local University and decided to travel to Italy along with his friends. His stay turned out longer than originally expected and the young scientist continued his studies of philosophy and physic at Padua. In 1695, Mead received his doctoral degree and visited Naples and Rome before returning to his birth place, Stepney. There, Mead’s father was a respected and established man who had much influence in the community. The young Mead also did a considerable amount of business and was highly supported by his father. In 1702, Mead gained reputation through his publication “Mechanical Account of Poisons” [1, 2].

Fellow of the Royal Society

For this masterpiece, Mead received much attention and was elected fellow of the Royal Society, where he later became counsil and in 1707, vice-president. He was appointed physician at St. Thomas’s hospital one year after his famous publication. Mead received the degree of doctor of medicine from Oxford University. Around the 1720s, Mead was appointed physician in ordinary to the King. Next to his activities as a physician, Mead became known as a wealthy man and philanthrope. Especially his patronage of literature and fine arts stayed in people’s minds [1].

During the seventeenth century, Europe began to adopt health measures that specifically addressed the presence of plague in private households. However, the Great Plague in 1665 led to an overall abandonment of previously used quarantine practices. In 1710, quarantine laws in England grew increasingly more stringent in response to outbreaks of plague in nearby countries and the Quarantine Act of 1710 was established which included a series of regulations concerning the observation and probable detention of all ships arriving in the kingdom of Great Britain from infected areas. The Act of 1710 included quite harsh penalties for those who violated the guidelines and instructed governmental officials to detain all ships including, passengers and their merchandise for the length of forty days. When the news about an epidemic in Marseilles in 1720 spread across Britain, Richard Mead was asked for advice by the government due to his great reputation. The Privy Council considered Mead an expert in quarantine and therefore, the most qualified for the task given his other credentials. In 1720 by request of the state, Mead published A Short Discourse Concerning Pestilential Contagion and the Methods to Be Used to Prevent It. The government incorporated Mead’s advices into the newly established Quarantine Act of 1721 [2].

In this work, Mead introduced three specific causes of the disease: infected air, infected persons, and the transportation of tainted goods from infected places. As a result of Mead’s studies, the Parliament decided to prohibit trade with countries suspected of infection for up to one full year. Also, in Mead’s opinion, the previous detention of passengers and merchandise were insufficient. Instead of the former method, which required passengers and merchandise to be quarantined aboard the ship or vessel on which they arrived, Mead recommended the construction of lazarets in order to receive ships and their goods during the process of isolation. The physician also advised that the burning of clothing and bedding belonging to infected persons and families should be performed [2,3].

Mead’s work on transmissible diseases went through nine editions, the last in 1744. In the last two editions, Mead added further elaborations of his earlier views and included references to Newton’s Optics and the Ether theory. Some of Mead’s practical recommendations for dealing with the plague were relatively new. References to his plague tract appeared in a number of medical and non medical works well beyond his lifetime [3].

Mead’s work Medica sacra was placed on the index of forbidden books by the Roman Catholic Congregation for the Doctrine of the Faith 1754 – four years after its publication. Mead was a collector of paintings, rare books, classical sculpture, gems and zoological specimens, which he made available for study at the library in his Bloomsbury house. His collection consisted of 10,000 volumes. After his death in 1754, it took 56 days to auction them to book collectors from England and abroad