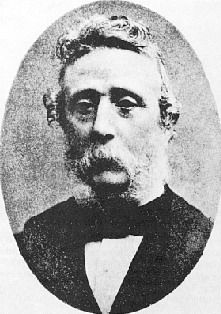 On August 4, 1816, English photographer and physician Richard Leach Maddox was born. Maddox is best known for his invention lightweight gelatin negative plates for photography in 1871, which enabled photographers to use commercial dry plates off the shelf instead of having to prepare their own emulsions in a mobile darkroom. Also, for the first time, cameras could be made small enough to be hand-held.

How to Work with a Microscope

In the 1830s Richard Leach Maddox studied medicine at University College Hospital, London. Despite living to an advanced age, he suffered from health problems all his life, and in 1839 he embarked on a world tour for the benefit of his health. On his return he qualified in London and then went back to Constantinople to practice medicine, where he married Amelia Ford in 1849. [2]  Maddox first became known for his photomicrography method. This was the photography of minute organisms under the microscope. Famous contemporary photographer Lionel S. Beale included as a frontispiece images made by Maddox in his manual ‘How to work with the Microscope‘.

From the Collodion Process to Gelatino-Bromide

In 1851, Scott Archer invented the Collodion process. This famous photographic process required only two to three seconds of light exposure to produce an image, but plates had to be sensitized at the time of exposure, exposed while the emulsion was still wet, and processed immediately after exposure in the camera. However, Richard Maddox noticed that his health was affected by the collodion’s ether vapor and he began searching for a substitute. In 1871, he suggested a new method. In the British Journal of Photography he published an article on ‘An Experiment with Gelatino-Bromide‘. In it, he described that sensitizing the chemicals cadmium bromide and silver nitrate should be coated on a glass plate in gelatin, a transparent substance used for making candies. Charles Harper Bennett then created the first first gelatin dry plates for sale. This was before the emulsion could be coated on celluloid roll film.

Richard Maddox also experimented with different bases. For example, he combined silver bromide with “vegetable gummy matters” like quince or linseed and “starchy substances” like rice, tapioca and sago. Eventually, he tried out gelatin from a packet of Nelson’s Gelatine Granuals. Maddox prepared a number of plates, exposing by contact-printing them from other negatives, and putting each through a different exposure trial. “The resulting prints were very delicate in detail, of a colour varying between a bistre and olive tint, and after washing dried to a brilliant surface“.

Reducing Exposure Time to Fractions of a Second

The impact of the dry plate on photography at the time was critical. Photographers were then able to use commercial dry plates off the shelf instead of having to prepare their own emulsions in a mobile darkroom. Negatives did not have to be developed immediately. Also, for the first time, cameras could be made small enough to be hand-held. After further research much faster exposure times could be achieved which led to the snapshot photography, which played an important role in the development of cinematography.

Richard Maddox’s later years were marred by poverty and ill health. From 1886, Maddox lived (according to his daughter) in “a most retired manner” at the house called ‘Greenbank’ in Portswood, Southampton, dying there on 11 May 1902.